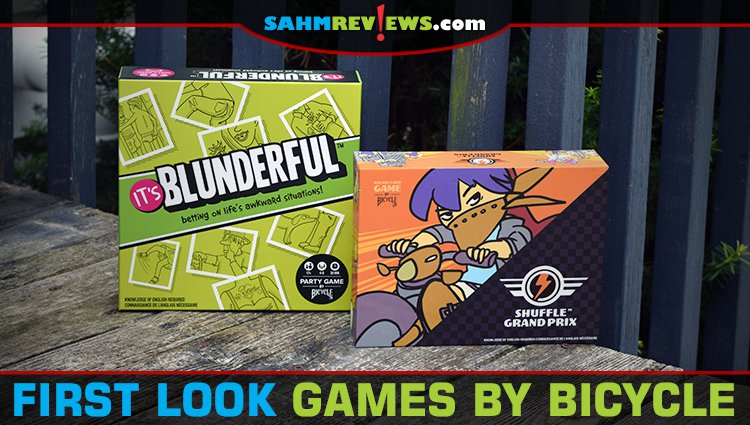 The expansion of the board game hobby has brought with it a number of new game publishers. Thanks to crowdfunding sites like Kickstarter, getting a product in the hands of customers has never been easier. We’re always on the lookout for young startups to feature because we too were entrepreneurs once. Flying Meeple Games, Zafty Games and Bear in Mind Games are all companies we’ve highlighted once they became more than a one-title organization.

Being new to the game world isn’t exactly the case for the company we’re talking about today. You probably have their product (or multiple) in your home already! The Bicycle brand of the United States Playing Card Company is the top-selling playing card brand in the world and their Bee line is made for both consumer use and in casinos across the Globe. Fun fact – they also made the Iraqi Most Wanted cards made famous during the 2003 invasion of Iraq!

So whether you realized it or not, Bicycle has been in the game industry for longer than nearly anyone else. Now they have set their sights on modern hobby board and card games with the introduction of two exclusive titles. And they’re not just a variation of a standard 52-card game – they’re fully developed games like you’d see from any modern publisher! Let’s take a quick look at their first issues!

Everyone reacts to situations differently. That’s the premise of It’s Blunderful. Guessing (and wagering on) how you would react to a given setting is what you and up to seven other players will be doing. 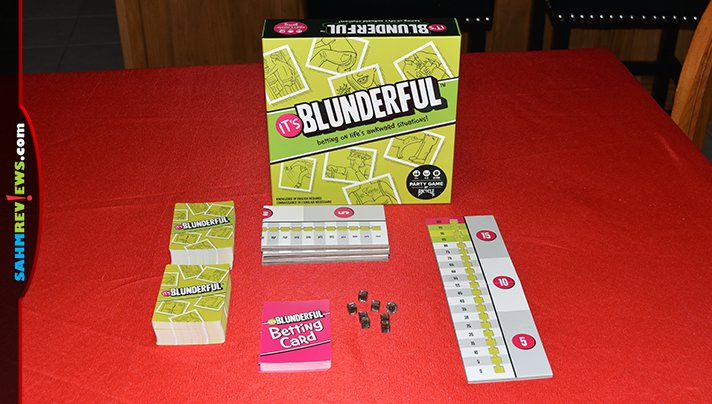 Inside the box are two large decks of Blunderful cards along with enough Betting Cards and Score Boards for all eight players. Each person takes one set and a first player is chosen to become the first “reader”. That person draws the first Blunderful card and reads the situation and three possible choices out loud. 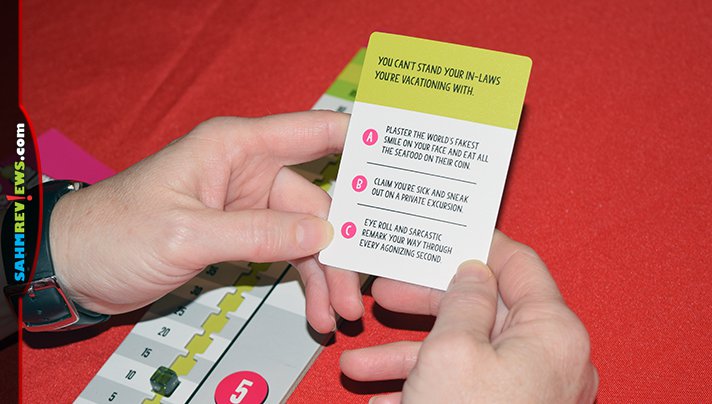 After consideration, the reader then chooses one of their three Betting Cards (A, B or C) and places it face-down on the table in front of them. All other players now make the same selection based upon how they themselves would most likely react given the same situation. They will place their chosen Betting Card on either the 5, 10 or 15 point space on the side of their personal scoreboard. 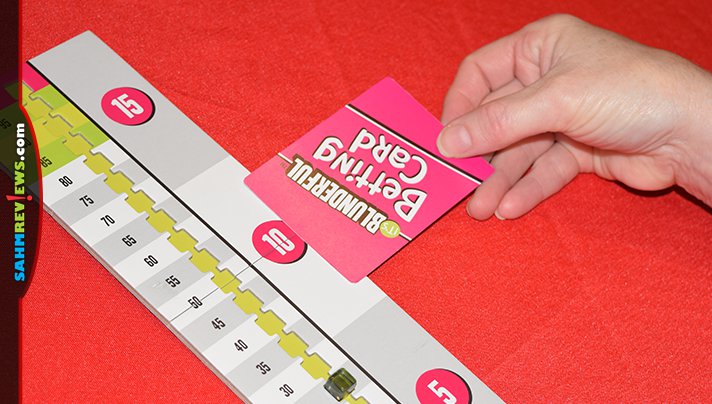 Once all players have placed their bets, everyone reveals their answers simultaneously. If a player’s answer matches the reader’s choice, they receive points equal to the amount bet (5, 10 or 15). If it does not match, they lose that many points. Points cannot drop below zero, so bet big at the start! The first person to get to 100 points wins It’s Blunderful! 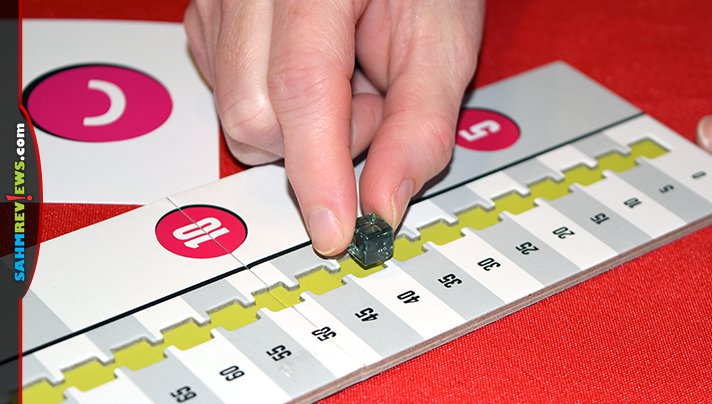 A nice variation of this type of guess-what-your-opponent-is-thinking game, Bicycle’s It’s Blunderful is currently available on Amazon and at retailers nationwide. Please note that it is advertised for ages 17+. By eliminating a few cards (parent’s choice), you can easily make it appropriate for 13+.

I’ve always had a preference for racing-themed card games, having grown up with a copy of Touring (Mille Bornes). Shuffle Grand Prix by Bicycle does things a little different in that it doesn’t ask you to cross the finish line first. Instead, it is an endurance race to see who can go the furthest. 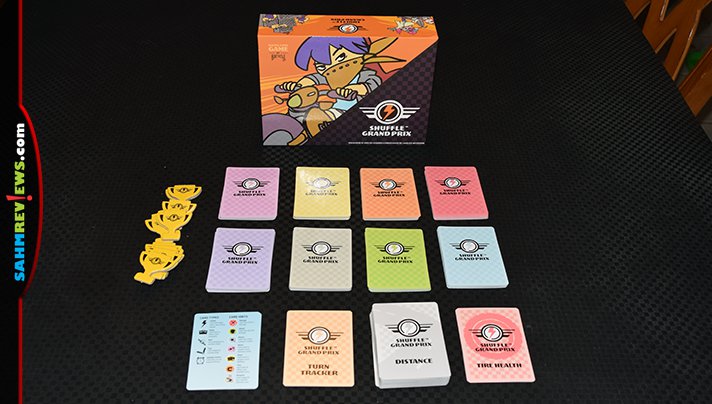 There are two types of cards inside the box. First are the distance cards, which are shuffled and set into a draw deck in the center of the play area alongside a pile of trophy tokens. The other cards are Driver Cards and their associated abilities. Each player will choose two drivers and combine their ability cards into one shuffled deck. They will then choose their first drive and place a tire health tracking card underneath it with four tires showing. The second driver will be stored underneath both of these cards. 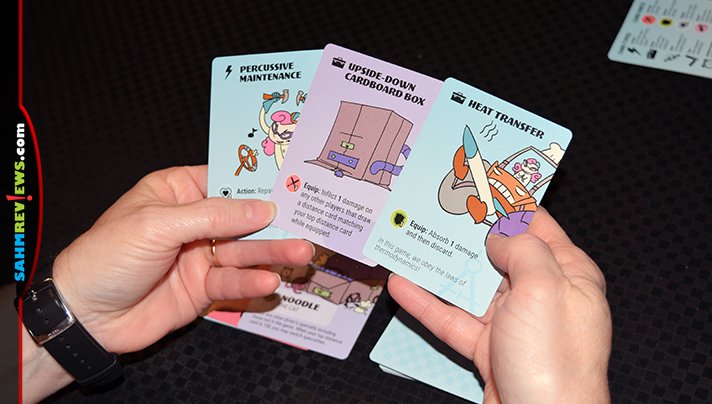 At the beginning of each turn, the active player draws one of the distance cards and places it in their ever-growing line in front of them. This will show all players how far you have traveled throughout the race. Working from a hand of three ability cards (your hand will always have three), you may play one of these cards on your turn. These may be actions that help your race, nerfs than hinder your opponent in some fashion or traps that may trigger at a later time. Ability cards might also be equipment which you may place on your car to upgrade it (each car may have up to two pieces of equipment installed)! 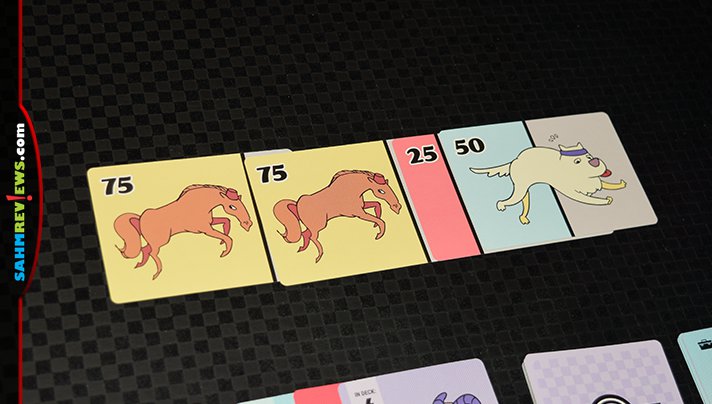 Instead of playing a new card you may elect to take a pit stop. This allows you to swap an equipped card with one in your hand, but you must discard your top distance card as a penalty. If you’re not happy with your hand of cards, you may discard one from your hand and draw a new one. 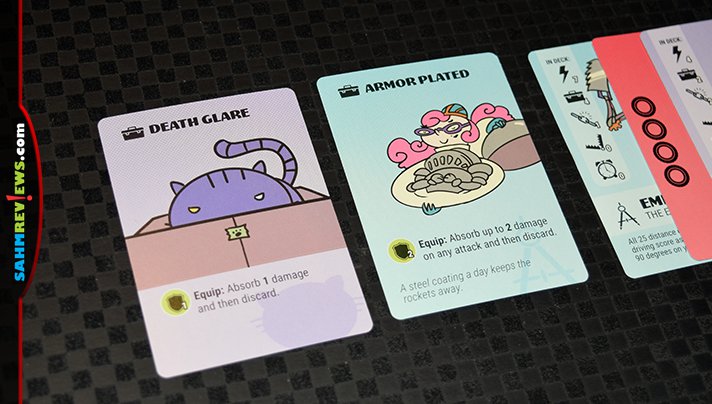 Along the way you’ll also earn trophies by forcing your opponent to spin out by reducing their tire health to zero. These may be spent to allow you to swap your driver with your co-pilot (each driver has their own special abilities) or to allow you to play an extra ability card on a turn. 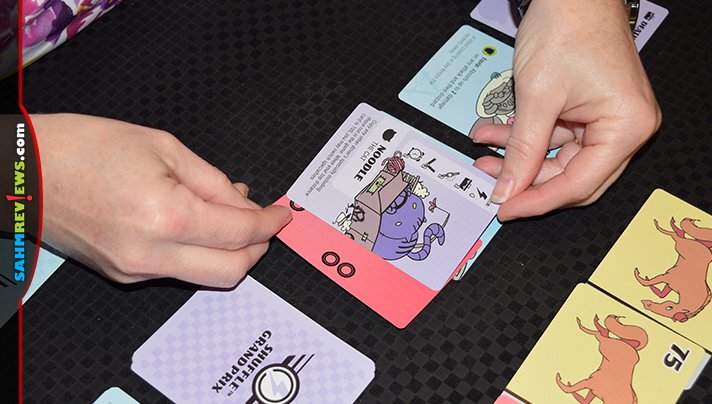 A game of Shuffle Grand Prix continues in turn order until the Distance Card deck is depleted. The player drawing the final card completes their turn and the person who has traveled the highest total distance wins the race. An interesting footnote – the tie-breaking rule for Shuffle Grand Prix is for the tied players to run an actual foot race!

Also currently available on Amazon and at local retailers, Shuffle Grand Prix is best compared as a mixture of Touring and Hero Realms since you’re affecting (attacking) other players during the race. While suggested for ages 13+, it can certainly be played by children much younger as long as an older sibling is around to help explain the rules.

These are just the first two releases by Bicycle with more already in the pipeline! Check out what’s coming out soon on their website and race over to their Twitter and Facebook feeds to see what they’re wrenching on next! Bicycle certainly knows card games and we’re very excited to see what they’ll be bringing to the table! Ready to expand your collection of Bicycle products beyond the playing cards? Enter to win these two games by filling out the entry form!