Whenever you read an overview of a game, whether here on SahmReviews or another site, it is extremely common to hear the author make comparisons to other games already on the market. “This game uses a similar mechanic as found in this other game.” Or “This game is a better version of this game.” These comparisons are used to give the reader a common understanding of the point the author is trying to make.

Once in a while we come across a new game that is difficult to classify. That’s the case with the brand new NObjects (NO Objects?) from Pegasus Spiele. It’s kindof a drawing game. Sortof an acting game. Definitely a party game. But I struggle comparing it to anything else we’ve played – keep reading and you’ll understand why. 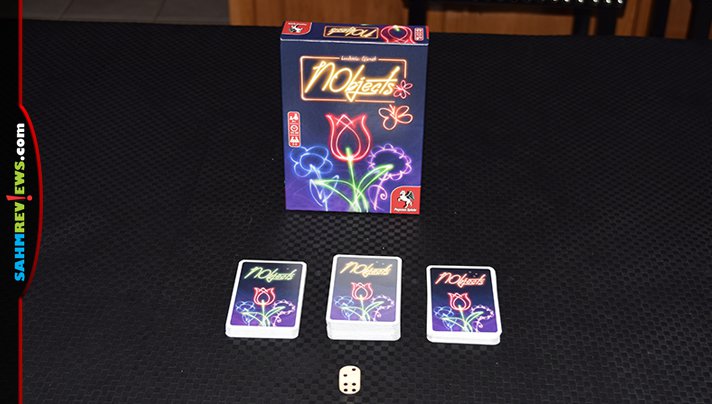 Sure, there have been many drawing games over the years and even television shows that spun off of the popularity of the board game version. Win, Lose or Draw was on the air for years and you’d be hard-pressed to find someone that has never played Pictionary or Telestrations. All of these games have one thing in common – they require the players to identify what someone is drawing, either on paper or on a dry-erase board. But what if you couldn’t see what was being drawn at all? That’s the twist with NObjects! 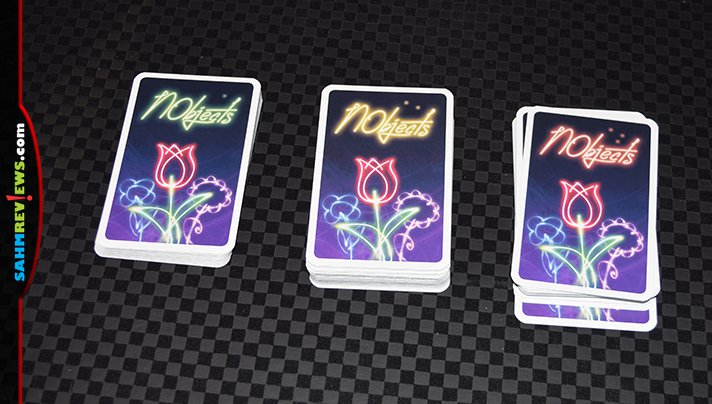 Inside the box you’ll find a lone six-sided die and 120 Concept Cards, which are divided into three groups by difficulty. These are indicated by both color (green, yellow and red) and number of dots on either side (1, 2 or 3). Shuffle each group of cards together to form individual draw decks and place the die within reach of all players. Choose one player to start the game. You won’t need pencil or paper at all, not even to keep score! 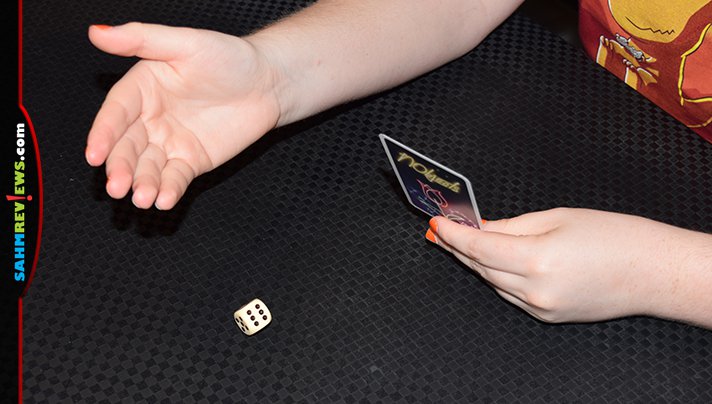 The first player draws one of the level 1 cards (green) and rolls the die. The result will correspond to a word or phrase on the Concept Card which they must draw. There is no timer to turn (unless you want to use your own app for that) and you cannot say anything or pantomime in a way that might give away the answer. All you can do is “draw” on the table using your finger! 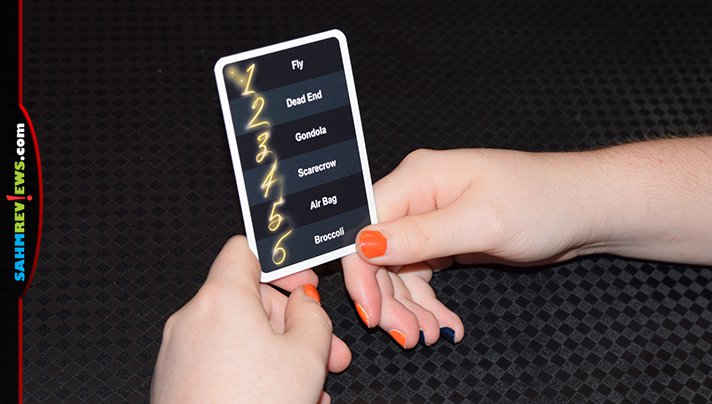 Other players must pay careful attention to both the drawing and orientation of your depiction. You may point to something you just drew (example – a mustache on a face), but that’s the limit of non-drawing actions you may take. Except for erasing. If you get frustrated that your artwork isn’t conveying the answer correctly, you can pretend to “wipe” the table with your flattened hand and start your drawing over. We also added the house rule that you can move both hands to signify you were drawing a similar thing to what you just had, but were rotating it so players could more easily identify it. 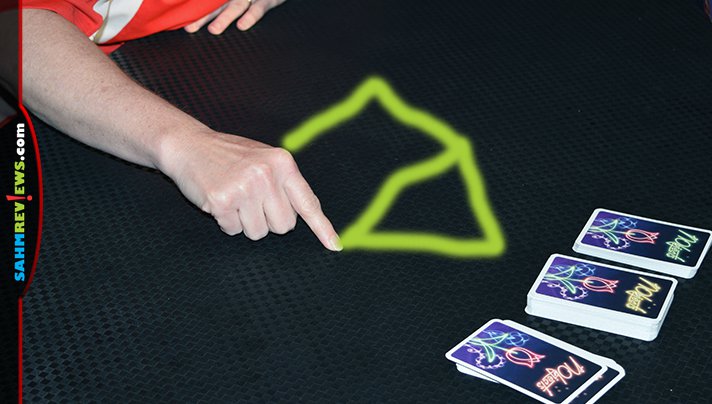 The other participants of NObjects can yell out what they think your drawing is at any time. Wrong answers are fine too – they are not eliminated. Players keep guessing until someone finally guesses the subject correctly or until all players have given up. If no one guessed it correctly, the card is returned to the bottom of the corresponding deck. If answered correctly, the artist keeps the card and the person who called it right takes a card from the top of any deck – both are worth one point. 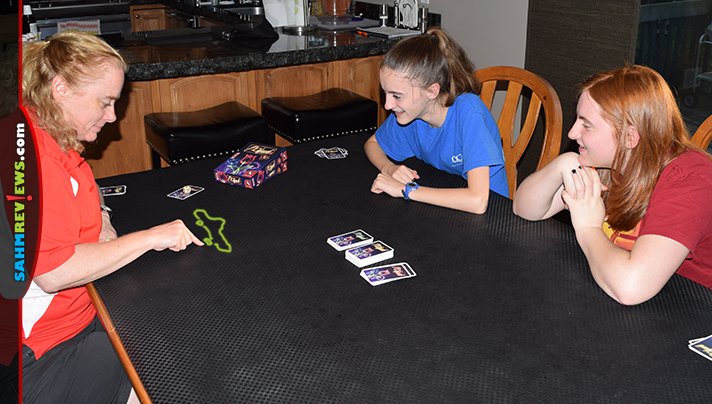 Players take turns in order being the artist and will draw more difficult cards as their scores climb. Once you have 2-4 points (cards), you must draw a level 2 card. When you get to 5 points, you have to take on the hardest level. The first player to get six points in any round wins NObjects! If two players do so in the same round (one the artist, the other the guesser), those two share in the victory!

It seems so simple, but is actually very fun. Trying to determine what someone is drawing when you can’t see what they’re actually trying to form leads to a lot of misinterpretation and misleading answers. NObjects is a brand new release from Pegasus Spiele and isn’t available on Amazon quite yet, but should be very soon. You can find it at your favorite local game store or direct from the publisher at conventions across the globe.

If you want to keep track of what Pegasus Spiele is releasing with up-to-the-minute information, check out their website and follow them on Facebook or Twitter. We’re excited to be trying out another summer release, their UNDO series of games and will be publishing an overview of all three sometime next month!