One type of game that never seems to go out of style are drawing games. Classics like Pictionary or Telestrations are on many of our game shelves. New ideas in this genre, like NObjects where you draw with your finger instead of a pencil, and Doodle Dice, where you create pictures with shapes on each die, are always coming to market. We’re always surprised with what designers can come up with!

In the earlier part of this century, Out of the Box issued their version of a drawing game with the release of Squint. Drawing skill didn’t matter since you weren’t required to use pen or paper. You would be “drawing” by arranging as many or as few of the included tiles as you felt necessary to get your idea across to the other players. 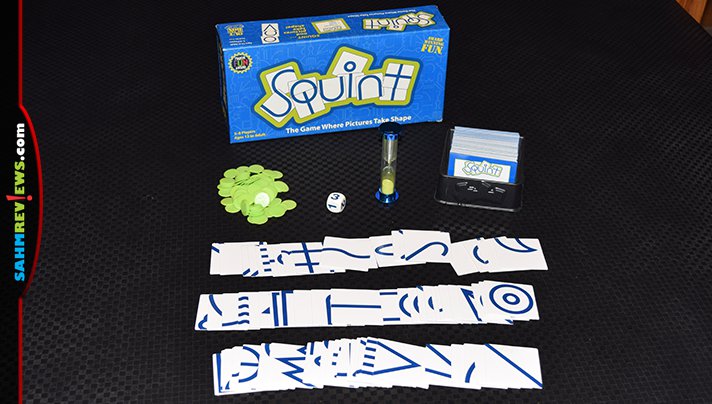 The original box for Squint included 72 Shape cards, 168 Squint cards, 80 scoring chips, a sand timer and a custom six-sided die with three 1’s, two 2’s and a 3 on it. Setting up the game was very quick – decide which side of the card you will be playing with (green or blue) and make sure they are aligned inside the card tray in the same direction. Spread out all 72 Shape cards face-up in the middle of the play area. Choose a first player and begin! 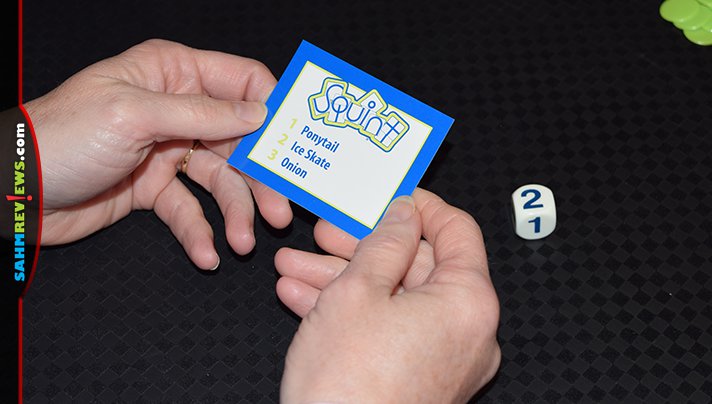 The active player will draw one card from the box and roll the die. The result will dictate which of the three items on the card that player must draw. The higher the number, the more difficult the publisher felt it was to create, explaining the unique number distribution on the die. Once the word is determined, the sand timer is flipped and the active player races to grab tiles and arrange them in any manner to convey the identity of the word. 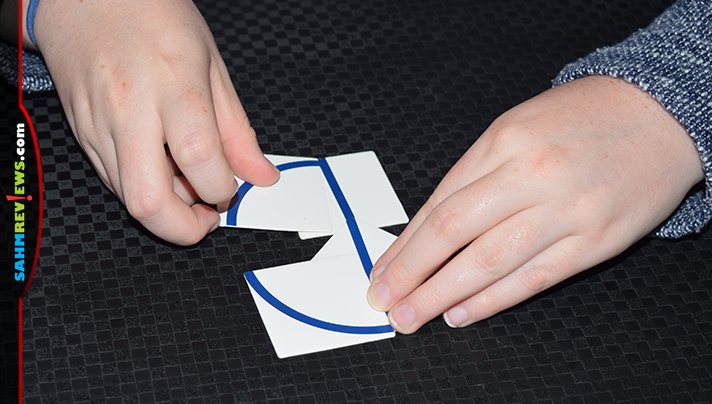 Any, all or as few of the tiles may be used, overlapped or even turned over to block off elements of cards underneath it. At the same time all other players are trying to figure out what they’re trying to draw and may call out answers immediately and as often as they’d like. There is no penalty for wrong answers and the active player may help out by pointing to a part on the drawing, answering yes/no questions or even stating hot or cold as the answers get closer or drift away from the correct one. The first person to correctly call out the secret word before the timer expires receives scoring chips equal to the level of difficulty (1, 2 or 3). The active player will also receive the same amount if there is a successful and timely match. If no one guesses correctly or time runs out, play simply passes to the next person in clockwise order. 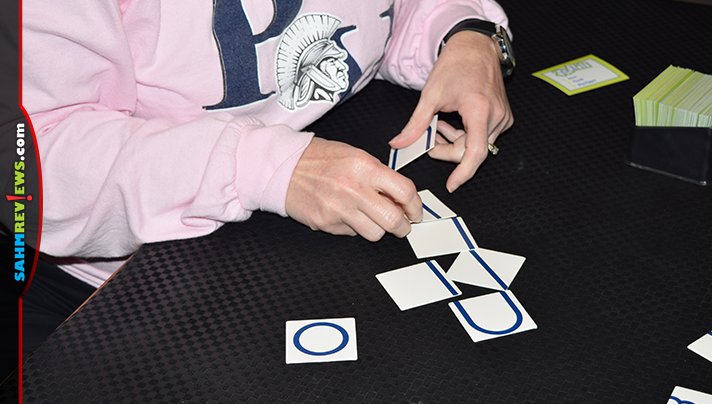 Each person will get multiple opportunities at drawing with the cards and the length of the game is determined by the number of players. Fewer players means more turns per person, while playing with the full compliment of eight will yield you only two drawing chances. Make the most of it! The player with the most scoring chips in their possession after all rounds have been completed is the winner of Squint! In the case of a tie, one last round is played with only the tied players participating and one other being the active player. The first person to correctly identify the word in the next round (no timer is used) is the overall winner! 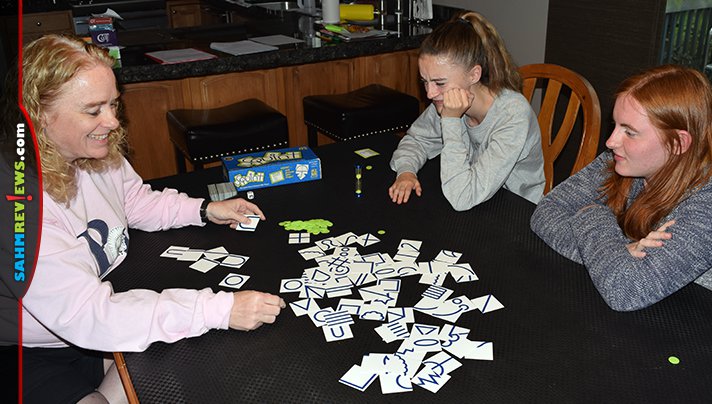 Brand new copies of Squint can still be purchased on Amazon and used on eBay. There is also a Junior version if you’re in the market for something for younger kids!

Have you ever played a drawing game that doesn’t use a pencil or pen?