We’re normally not huge fans of games that use some type of timer. Not only because of the anxiety it creates, but because we like to think through our options before taking a turn. There have been a few exceptions over the years where a timer adds to the game play.

Paraphrase has a fixed period of time where you get to answer as many questions as you can. Mangaka sets a limit on how long you have to draw – otherwise we’d be working on the details for way too long. And although the most anxiety-inducing game we’ve played in a long time, Paramedics Clear! accurately employs a timer to track the life (or impending death) of your patients. 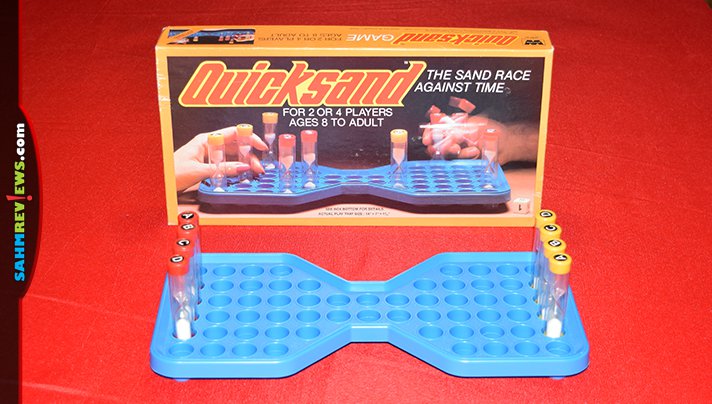 This week we found a copy of Quicksand at our local Goodwill. It also uses a timer. Correction – it uses eight timers! Cleverly, the publisher decided to vary the opening width of each timer. Although it appears one might have more time left because it has more sand, in reality they all have the same approximate overall length. This is important to understand as you will constantly glance at them and make a mental note about which may run out of sand first. 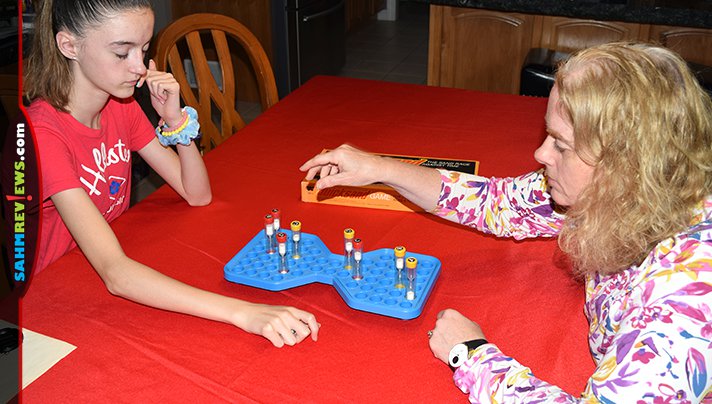 Quicksand is an abstract game for two players where you’re trying to get all four of your pawns, in this case the timers, to the other side of the board first. Each person begins the game with their four color-matching timers in the four spaces closest to them on the plastic board. Each timer has a letter on it which is used when playing a 4-player variation or a Challenge version. For a regular game, the letters are ignored. 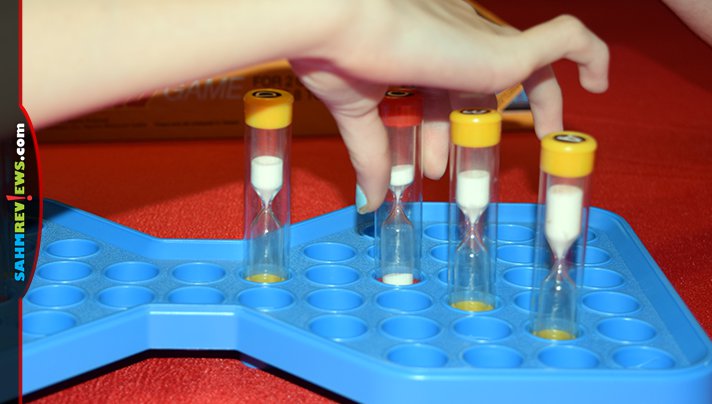 First player is decided by rolling the included die, with the first person to roll an “S” becoming start player. On each turn the active player will roll the die and move a timer the corresponding number of spaces. To move out of the starting area, an “S” must be rolled and a timer will be moved forward one space into the play area. When moved out of the start area, the timer is flipped and the sand begins falling!

When moving a timer, it may be moved in any direction forward, backward or sideways, but not diagonally. Direction may be changed, so you can get to a diagonal position by moving forward one and then sideways one, effectively costing two moves. Timers may not jump other timers and may never be allowed to run out of sand. Any timer that does run out is returned to the player’s starting area and must begin the trek again. 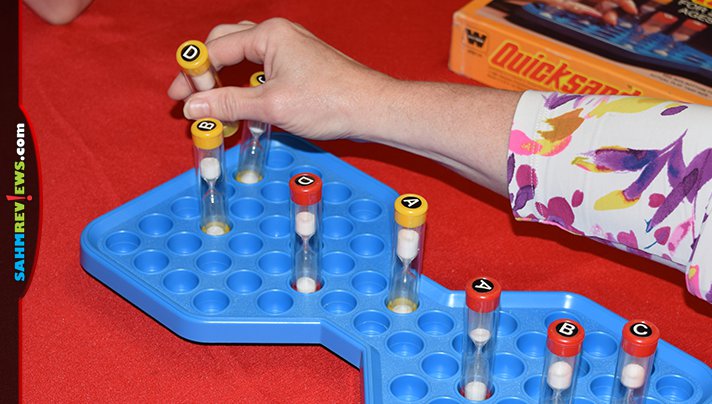 If you roll an “S” on your turn in Quicksand, you have a choice of which action to take. As mentioned previously, you can turn over one timer and move it out of the start area. You may also add more sand to a timer by turning it over. You could also choose to turn over an opponent’s timer to take away their precious time! The first person to get all of their timers into their opponent’s starting row (any of the six spaces) with all of them having sand still flowing wins Quicksand! 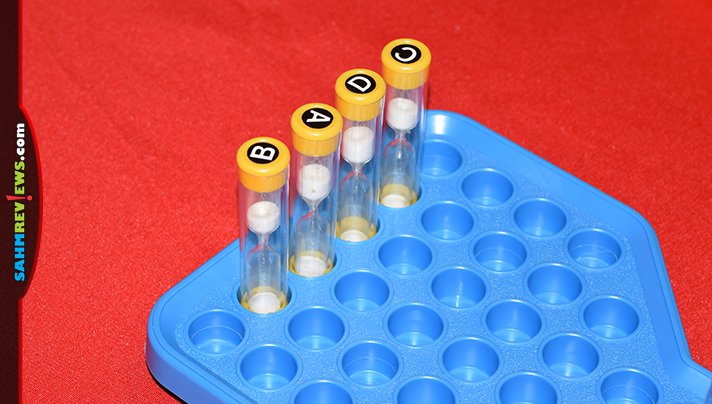 We found one major flaw with the game of Quicksand and that has to do with the timers. Because you’re in a race to get to the other side and still have sand flowing in all of your timers, if someone is way behind in the game, all they have to do is delay on their turn until all timers run out. This effectively causes the game to be restarted and could possibly never be played to completion!

You should have no problem finding inexpensive copies of Quicksand on eBay or possibly at a local thrift store or yard sale. Worth picking up for a couple bucks for the novelty of the game, but probably won’t be a favorite. At least we have lots of extra timers now!

What’s your favorite game that uses a timer?