“Now hold on just a second!” is what you’re thinking. “You’ve already told us about a game called Quicksand that you found at thrift in August!” Yes, that is accurate. We were playing a timer-based abstract game issued by Whitman in 1981. This version of Quicksand made its debut in 1989, was offered by Parker Brothers and is a completely different game. It’s not the first time games have shared a similar name, nor will it be the last. That’s the risk publishers take when they name their games with titles which are not trademarkable (common words). In fact, there are two other different games named “Quicksand” in the BGG database!

Of the four examples, this version of Quicksand is probably the one most people are familiar with. Because it was a Parker Brothers product, it appeared on the shelves of nearly every major retailer in the U.S. By today’s standards it is a simple roll-and-move game. But when issued it probably had great appeal as a much more advanced version of Chutes & Ladders! 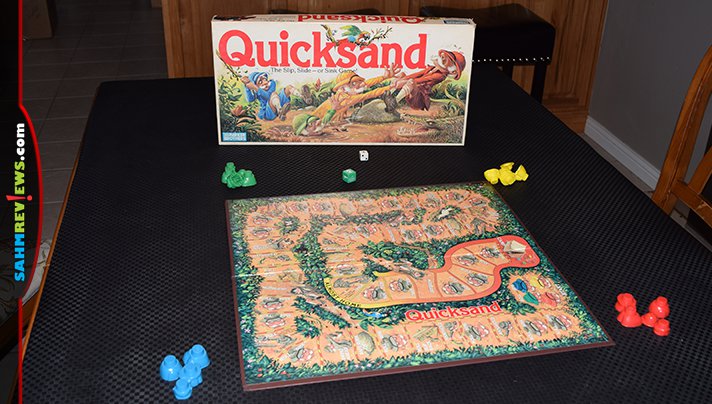 Quicksand supports up to four players who each receive a 5-piece adventurer token in the player’s color. The board is set in the middle of the play area and two dice (one custom large die and one smaller custom die) are set within reach of all participants. 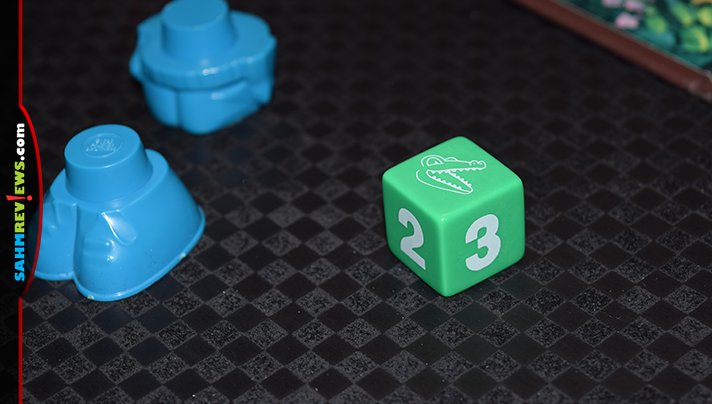 To start the game, each player assembles their adventurer and then rolls the large Quicksand die. They’ll remove a number of pieces from their adventurer, starting from the bottom, equal to the die result. This simulates an adventurer sinking into quicksand, yet still trying to make their way forward. All adventurers start on the same space on the board and the goal is to be the first to reach the camp at the end of the path. 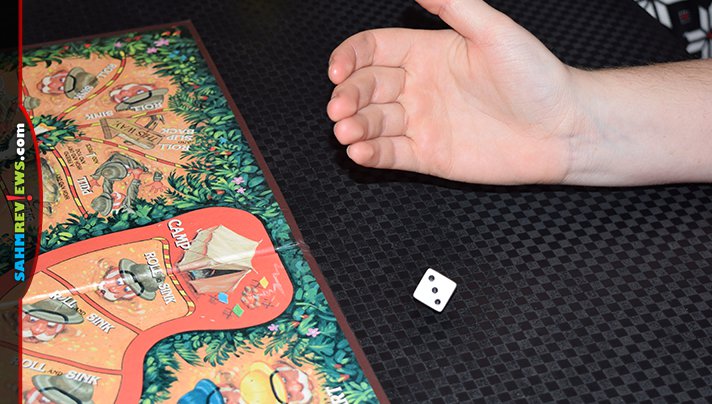 Beginning with the youngest player and proceeding clockwise, on a turn a player will either move their piece forward a number of spaces equal to their adventurer’s height or decide to roll the movement die and add that number to their height and move the corresponding number of spaces. You must decide on whether or not to roll before you move, and once rolled, must move those additional spaces regardless of the result.

After moving, follow any instructions on the space in which you just landed. “Roll and Sink” requires you to roll the Quicksand die and remove a number of pieces from your adventurer (you’re sinking further into the quicksand). If you roll the alligator symbol, instead of sinking, you’ll choose another player to move backwards equal to their current height. “Handhold” allows you to add one level to your piece as you work your way out. “Roll and Slip Back” forces you to move backwards along the path an amount equal to a roll of the movement die.

“Safe Rock” is the only real safe area of the board and allows you to add all of your missing pieces back to your adventurer and also protects you from the alligator. “Swing Ahead” moves you forward following the printed arrows (the “Ladder” in Chutes & Ladders) while “Mudslide” is the “Chutes” and slips you backwards along the arrows. “Pull a Friend High and Dry” gives you the opportunity of rewarding another player by raising them back up to their full height and adding one to yours! 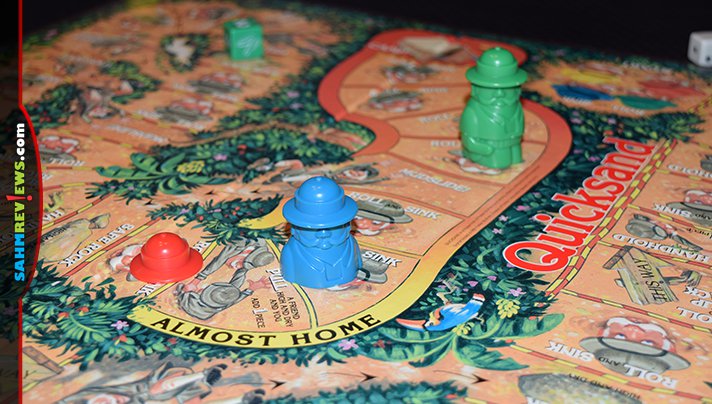 When your adventurer reaches the last eight spaces of the path, named the “Almost Home” portion, you may only move your piece forward the amount of its height (no additional movement rolls added). The first player to get their adventurer all the way around the board and into the camp immediately wins Quicksand – no matter their current height (you can never go below a height of one – just a hat).

Quicksand is a bit more strategic than Chutes & Ladders since you must decide on an optimal movement at the beginning of your turn. Ultimately, your success is still determined by the luck of the dice. As expected, you can find a number of copies of Quicksand, along with replacement parts, on eBay for very reasonable prices. If you happen upon a copy at thrift, make sure all five pieces for each player color are present, as well as both of the custom dice. They’d be quite difficult to replace.

What other games do you know of that share a name with an altogether different game?