Last year we introduced you to Bicycle Games’ new line of card games. Shuffle Grand Prix and It’s Blunderful were their first forays into the world of hobby games. Well-known for their top-selling line of playing cards, Bicycle Games is furthering their push into the game market with two new board games just announced and available next month!

The first game from their announcement is The Alpha (tune in tomorrow for the second one). In The Alpha, you and up to five other players each control a pack of wolves. Your goal is to gain food by hunting and trying to have the most at the end of five weeks (rounds)!

Set up for a game of The Alpha by giving each player a Den Board, an Alpha Pair, six Beta Wolves and a Conflict Token, all of a matching color. The Food Tracker board is unfolded and set in the middle of the play area. Each player puts one of their Beta Wolf markers on the “5” space on the board, denoting they currently have five pieces of food. Beautifully illustrated Region Tiles are laid around the board and vary depending upon the number of players. And in what is probably the coolest first player reasoning we’ve seen yet, the LOUDEST player goes first! 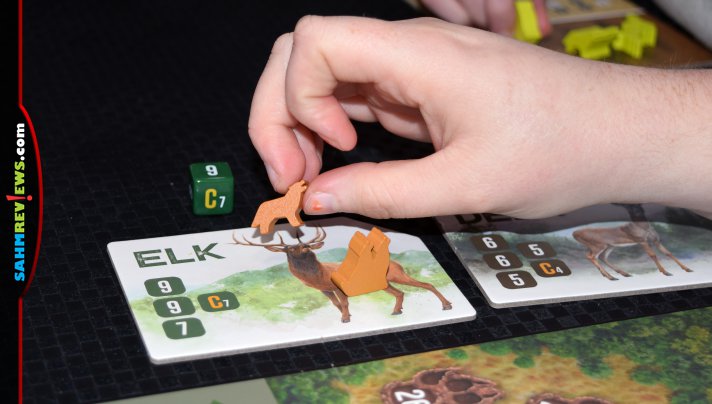 The Alpha is played over five rounds which are tracked on the main board. A round is broken up into five phases which are performed in turn order. Beginning with the first player, each person takes turns placing either one Beta Wolf or their pair of Alphas on one of the available Region Tiles. This simulates sending the pack out to hunt for a specific animal. 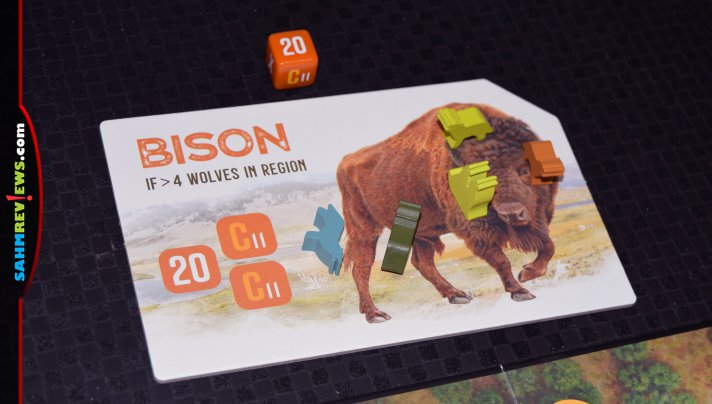 Each Region Tile has its own set of rules and criteria, and you’re vying to have control of the tile by having the most wolves present. Travelling to one of the tiles in the Deep Forest (tiles on the top side of the board), requires you to spend a food to make the trek. Scavenge regions may only have one wolf per pack (per player) and guarantees you a food at the end of the round. The larger tiles (Bison and Moose) have to have at least five wolves present from any pack(s) in order to successfully take down the game, while the Livestock Tile may only contain one wolf in total! 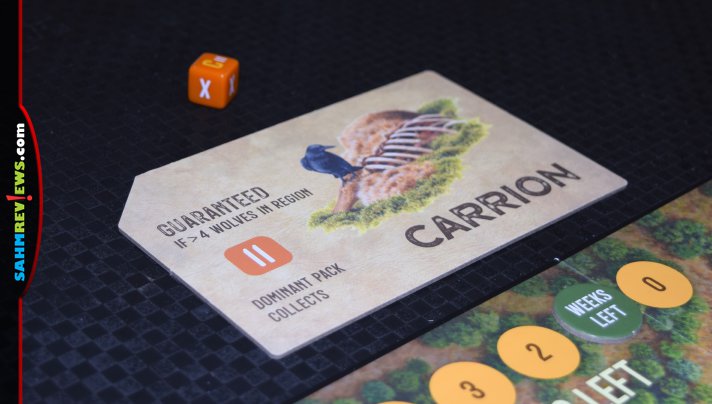 Once all players have placed all of their available wolves, count up the number on each tile to determine which pack has dominance. If there is a tie, those packs will have a conflict later in the round. The pack that has dominance then rolls the custom-colored die for that region and gauges the result. A number result signifies how much food is available from that tile. An “X” means the prey escaped and no food will be earned for anyone. A “C” means the prey was wounded and will become carrion for the next round. A “D” only occurs in the Livestock Region and means the wolf has died and is removed from the game. 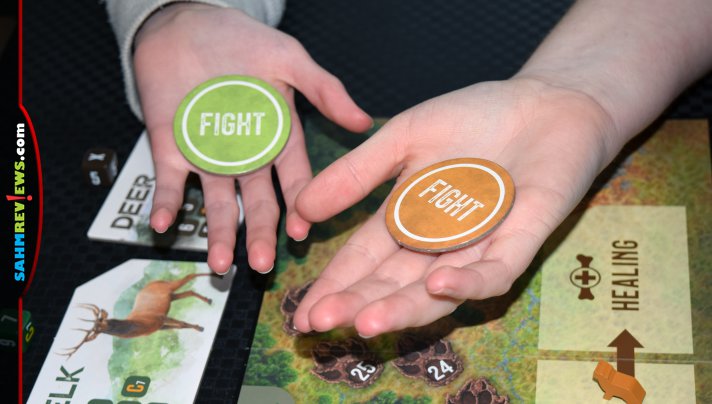 Before the food can be distributed, any conflicts are resolved. Each player has a token with the words “Share” on one side and “Fight” on the other. All packs involved in the conflict must now secretly choose either side and reveal it at the same time. If everyone decides to share, the food is split evenly amongst them. If only one decides to fight, they receive all of the food! If all tied players fight, they receive nothing, lose one wolf to the injured area on the Food Tracker board and the food is left for any packs that may be around for scavenging. 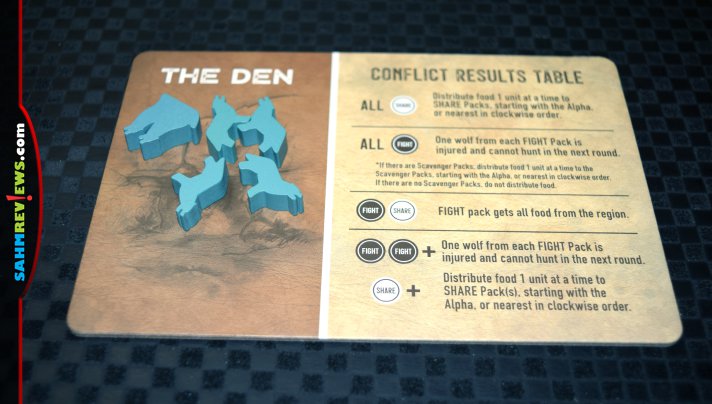 The last part of the round involves collecting all wolves remaining on the Region Tiles and giving them back to the pack owner. Any wolves in the Healing Den on the main board are also returned, while Injured Wolves are moved to the Healing area. The round marker is moved one space and another round is played in the exact same manner. After the completion of the fifth round, the pack with the most collected food is the winner of The Alpha! 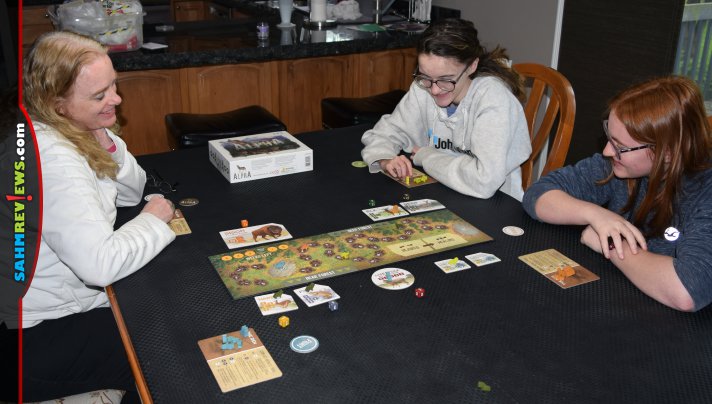 The Alpha was just announced last week and will hit stores in June. If your local game store isn’t carrying it, you can get a copy direct from Bicycle Games on their website and possibly from Amazon once they receive their inventory. See what else Bicycle has planned for the rest of the year by following them on Facebook or Twitter. Be sure to tune in tomorrow for details about their second board game releasing at the same time!

Do you consider yourself an Alpha or a Beta?

2 thoughts on “The Alpha Board Game Overview”