Over the past couple of years, we have watched as modern board games have been allotted more shelf space at local retailers. Part of that is due to wildly popular games like Cards Against Humanity and Exploding Kittens, but also titles like Ticket to Ride. This increase in popularity has caused people to ask how to introduce their kids to board games. I wouldn’t recommend Cards Against Humanity to anyone under the age of maturity, but Ticket to Ride is definitely one that is approachable once you understand the concept. Ticket to Ride: First Journey is a perfect introduction for toddlers and it’s available in a standard board game as well as on an app. The advantage (and disadvantage) of the game is that once your child grasps the concept, it’s time to upgrade to a more challenging version. Unfortunately, the original versions of Ticket to Ride are too complex for these young gamers. Fortunately, there’s a happy medium. Ticket to Ride London from Days of Wonder lands somewhere in the middle of those. It’s like Ticket to Ride light. 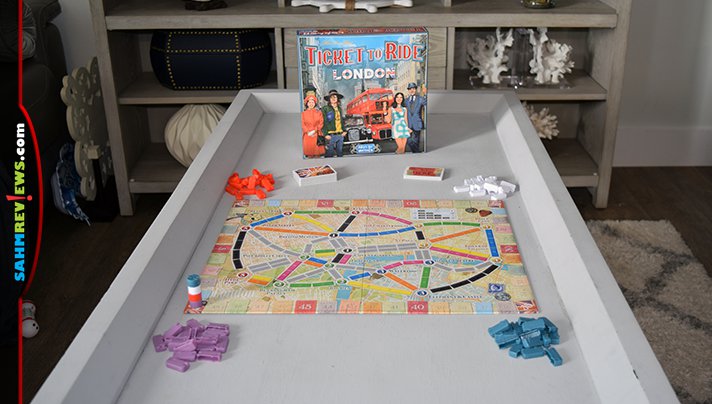 There are many similarities between the many versions of the game. With Ticket to Ride London, each player selects a color and takes the associated player pieces. You place the board in the center of the table then independently shuffle the decks of Transportation cards and the Destination Tickets. Deal two Transportation cards to each player then place the deck along side the board. Immediately reveal five cards and place in a row alongside the deck. Deal two Destination Tickets to each player and place the deck next to the board. Everyone will keep at least one and return any unwanted cards to the bottom of the deck. It’s time to tour London! 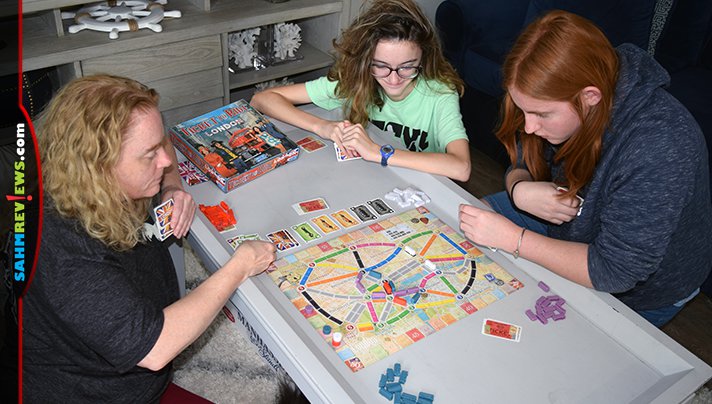 There are very few action options to take on any given turn which is what makes Ticket to Ride such a user-friendly game. You can draw Destination Ticket cards, claim routes or draw additional Transportation cards so you can claim a route in a future turn. 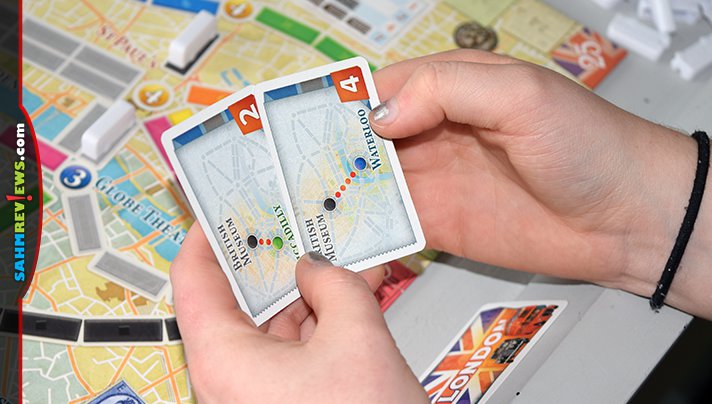 Just like other versions of the game, Destination Tickets are one of the three ways you earn points in Ticket to Ride London. If you manage to successfully form a continuous path between the two locations then you’ll earn the noted points at the end of the game. Be sure to keep this information secret though because you don’t want your opponents to know where you’re headed! Of course, if you aren’t able to complete the ticket then you’ll lose those points. Feeling confident? Use a turn to take additional cards. You’ll draw two and have to keep at least one. Hopefully it aligns with the card(s) you already have. 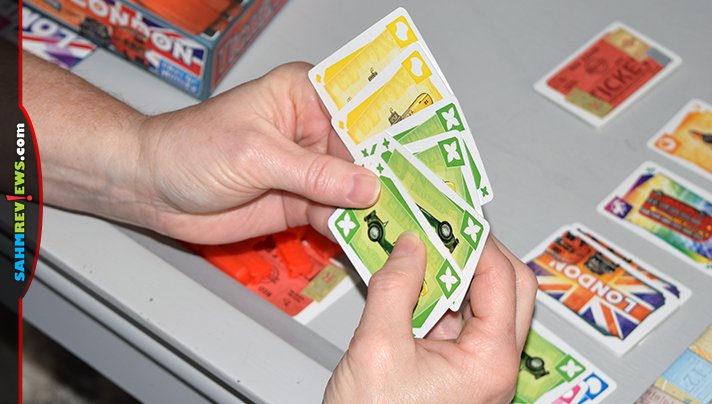 The bulk of the game takes place in small steps. Ultimately, you’re trying to acquire enough of a given color of Transportation cards to claim a route between two adjoining cities. If have enough to match the color on the board – or any color if the space is grey – then you may take your turn to claim that route. You’ll immediately earn points as designated on the grid. The more trains that the route required, the more points you’ll score. A single bus nets you one point while a connection that requires four buses is worth seven points. 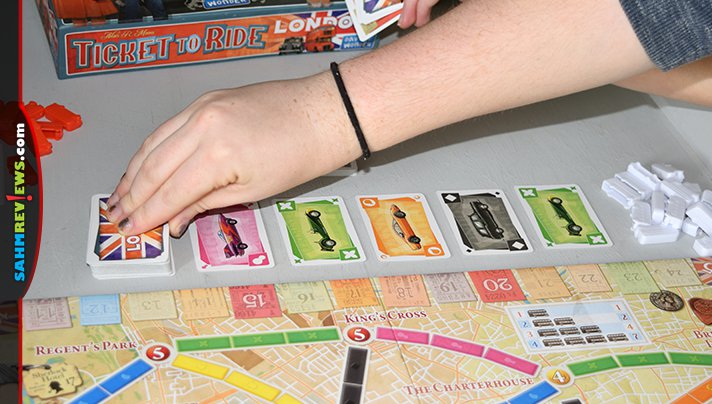 If you don’t have enough cards to complete a route or aren’t ready to, you may add additional cards to your hand. Select one Transportation card from those available face-up or blindly take from the top of the deck. If the card you grabbed from the face-up tableau was a bus (wild card) then your turn is over. However, if you select a single color or blind draw (even if it’s a wild card) then you may select a second single color card or another blind from the top of the deck. 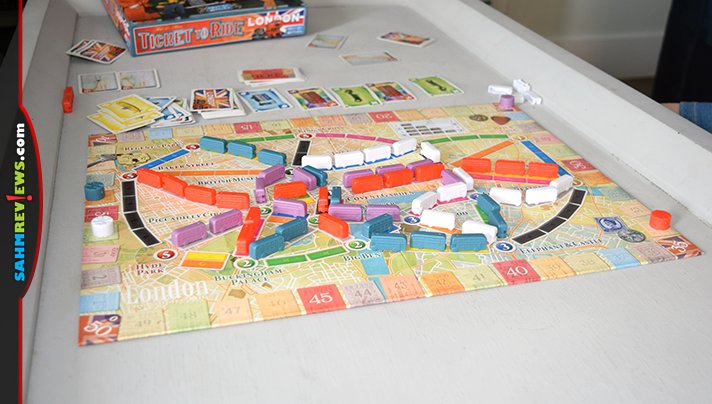 There’s one additional way to collect points and that’s by completing Districts by connecting all the locations that are similarly noted. The Districts vary in value from 1-5 points based on how difficult this goal is to achieve. One of the reasons we feel this is a “light” version of Ticket to Ride is because the board is much more compact, offering less overall routes. As a result, it takes a lot less time to play. We also found that we the routes we wanted filled up a lot quicker so there wasn’t as much concern for people hoarding cards.

How many versions of Ticket to Ride have you played?