Confession time. I’m one of the very few board game fans that have never played a copy of The Mind by Pandasaurus Games. As you probably know, in 2018/2019 it was THE new card game to play. It was a nominee for the highest award a game can receive, the 2018 Spiel des Jahres. It went on to rack up a number of other industry accolades, including one I was on the jury for, the 2019 Origins Awards. Before you ask, no, I did not vote for The Mind because I was a juror for a different category that year.

Our exposure to games comes from a couple different places. I back a lot of things on Kickstarter, usually more expensive miniature-based titles that I know won’t be available at retail. We have a couple game stores in our city of 400,000. One of them is mall-based and only carries proven titles like Ticket to Ride, Catan and Pandemic. The other is more established and stocks new releases, but has never carried many games by Pandasaurus. Probably because they only deal with one distributor and the fact they are primarily a Magic the Gathering and RPG store.

This year we got our hands on a copy of The Mind Extreme, a sequel to the original game of The Mind. I won’t go into any comparisons because, again, we’ve not played the original. After enjoying this new version and suggesting it in our annual gift guide of card and dice games to gift, we may not need to go back and revisit the regular one! 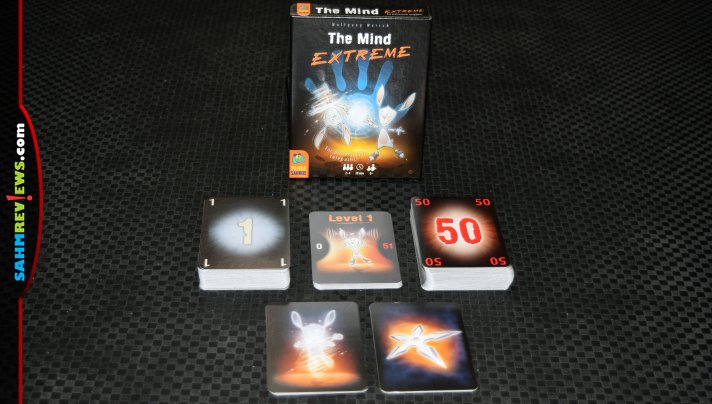 What makes The Mind Extreme so fun and easy to learn? Here’s how to play – deal everyone cards and have them stack them in order. That’s it! Oh wait, there’s a little more to it. You can’t see everyone else’s hand and they cannot communicate about what they’re holding. Everyone must determine when to play and in what order so that the final stack of cards is in perfect sequential order. 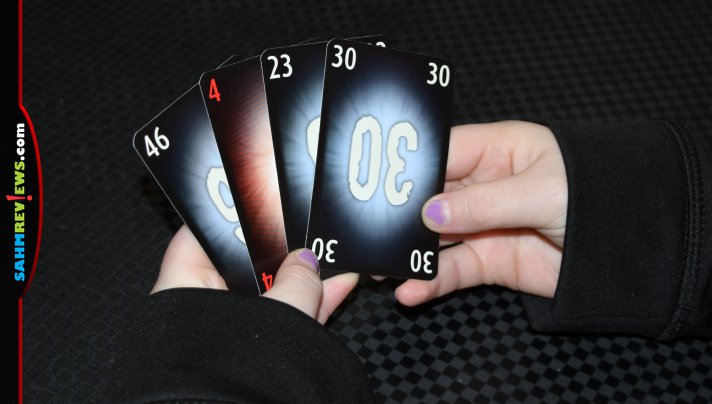 The Mind is for 2-4 players and the setup will vary based upon the number of participants. Set out a number of Throwing Star and Lives cards based upon the included table. Additionally, Level cards are placed in a stack, once again according to the number of players and set in the middle of the play area.. The rest of the cards are two 50-card decks in two different colors. These are all shuffled together and a number dealt to each player matching the level you are currently on. 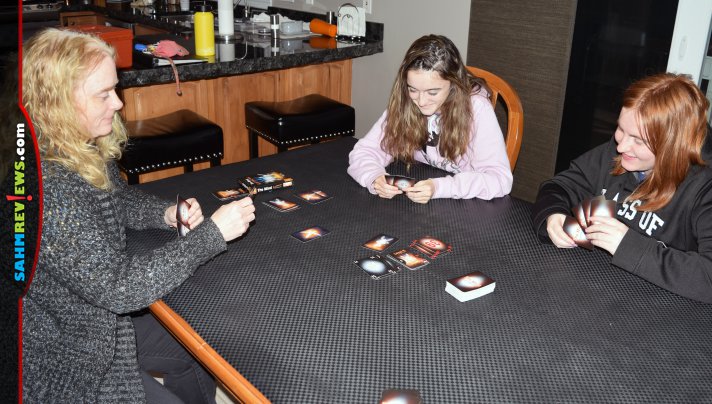 On each Level card are two colored numbers on opposite edges to remind you on where to place matching colored cards and in which order they are to be laid. On the left side is a white “0” while the right side features a red “50”. Your team’s job is to lay any white-numbered cards into a pile to the left of the Level card that increases in value with each card played. On the right side you will make a stack that begins as high as possible and then decreases. 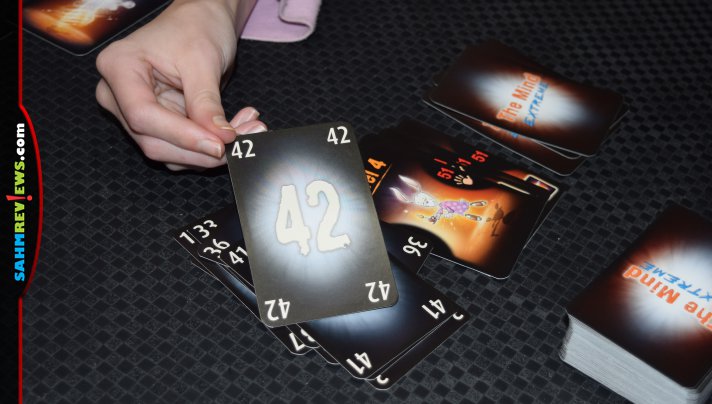 There are no turns in The Mind. Players can play a card from their hand to either stack at any time. Remember, there can be no discussion about what cards you have in your hand or hints as to its value. A round begins with all players placing their right hand palm-down onto the table in order for everyone to synchronize their thoughts. And because a round can get so confusing, anyone can yell “Stop” at any time and ask everyone to place their hands on the table to re-synchronize! 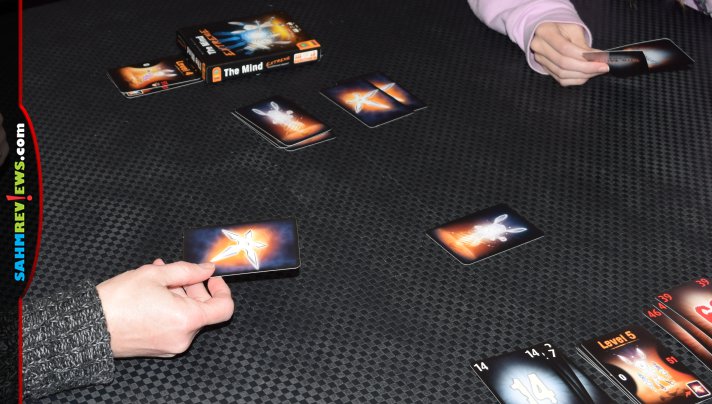 All cards are laid individually and any person who believes they have the next lowest (white) or highest (red) card may play it. Once the team has mastered a certain level, they receive a throwing star or life as a reward and is listed on the Level card. These may be used during future rounds. A team may collect a maximum of three throwing stars at any time and may use them to stop the game and ask all players to play their lowest white card or highest red card face-up in front of them. They are then added to their respective piles in correct order. 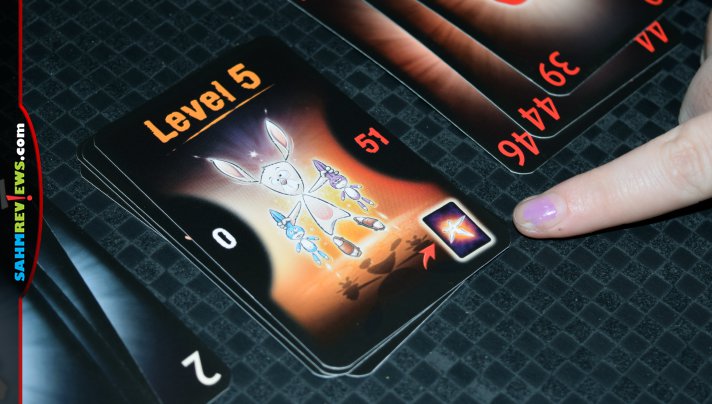 Lives are limited to a maximum of five and saves the team if a card is placed that is immediately determined to be the wrong one. The game is interrupted by the player(s) holding cards that should have been played before the erroneous card, one life card is lost and all invalid cards are set aside. The level continues as if nothing happened. If all players have laid all cards from their hands in the correct order, they win the round. 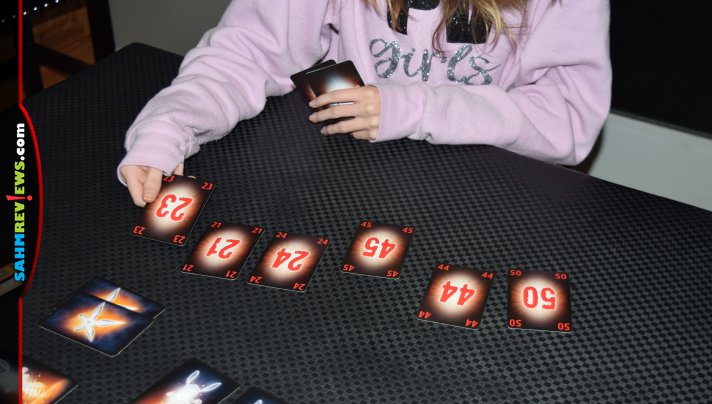 Subsequent rounds increase the difficulty by adding an additional card per person and sometimes introducing additional challenges like playing blind. This means cards in either (or both) piles must be laid face-down without revealing the number you played to your teammates. Only at the end of the round will you be able to look at the entire stack and determine if the team played them all correctly or not. For each card played out of order, one life is lost!

When a team successfully completes all of the levels assigned to them, they have won The Mind Extreme. At any time if the team has to give up the last life they have, the game has to be restarted at the beginning. Pick up a copy of The Mind Extreme at your favorite local game store, direct from Pandasaurus Games on their website or on Amazon with free Prime delivery. If you want to get inside the minds of the folks at Pandasaurus to see what they’ve been working on this year, be sure to follow them on Facebook and Twitter! There’s also still time to enter our holiday giveaway for a copy of The Mind Extreme – so go enter now!

Have you played the original version of The Mind? How does it compare?