One of the big draws of the 2013 Chicago Toy & Game Fair was the inclusion of a game tournament for “Settlers of Catan”.  Hosted by Mayfair Games and billed as a “Settlers of Catan Worldwide Championship (CWC) USA Pre-Qualifier”, the tournament attracted dozens of players who hoped to win a seat at the 2014 GenCon in Indiana.

We haven’t had the opportunity to try the game in our household, but we got a hold of their “Minister of Product Acquisition”, Mr. Alex Yaeger, who was kind enough to give the girls a quick primer. 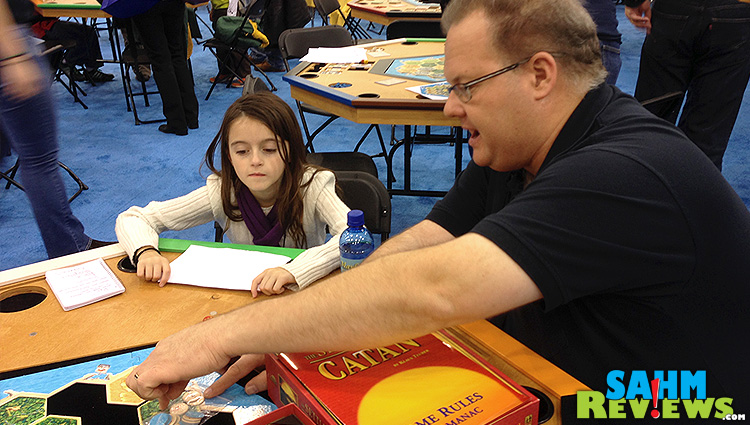 And before you could blink an eye, they were both ready to go at it! 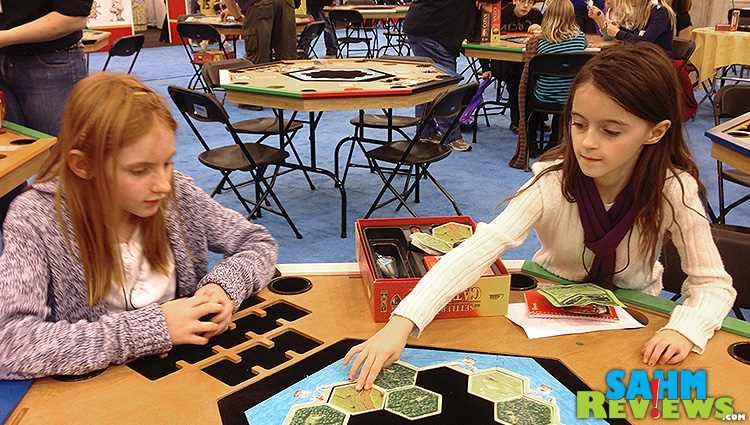 Be sure to check out the video above to see our “Kinterview” with Alex as he answers the ‘tough’ questions from Ms. K.

We hope to bring you a more in-depth post about the gameplay in the future, as well as information about additional products from Mayfair Games.  In the meantime, you can purchase your own copy on Amazon as well as following them on Facebook and Twitter. Now, who has some wood?!