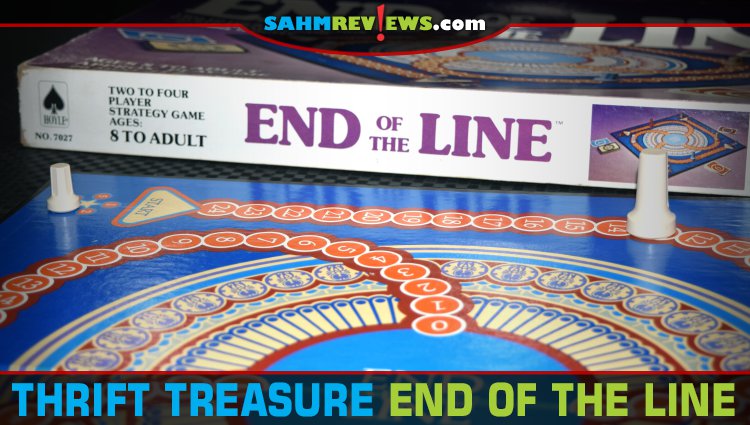 Thrift Treasure: End of the Line Board Game

When I’m looking for games at thrift, one of the things I consider is the attractiveness of the board. Many of them are works of art in themselves. If you’ve ever seen some of the detailed Game of the Goose boards from centuries ago, you know of what I am speaking. When I spotted this copy of End of the Line at our Goodwill, the board struck me as interesting and almost abstract-like. 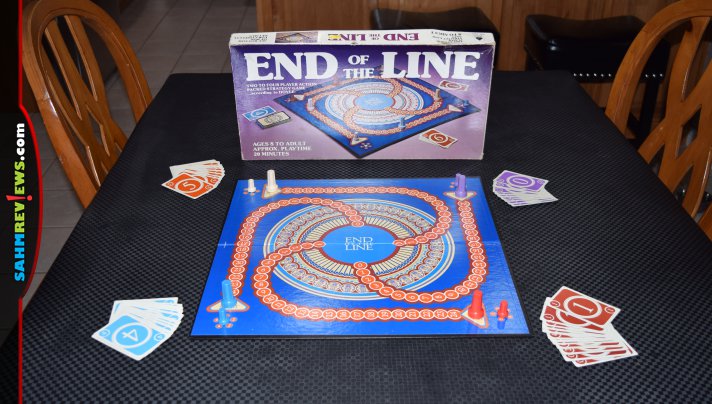 With a name like End of the Line, I almost expected it to be a board game about trains. I couldn’t have been more wrong. This is a card game disguised as a board game by including a large board which is only a scoring track! Also inside the box are four sets of player pieces and matching colored hands of cards. Each player begins the game with their full hand, their large pawn on the “Start” space on their section of the board and the smaller pawn on the star directly underneath the starting location.

There are two ways to win End of the Line. You can be the first to score five points. These are tracked with that smaller pawn which will circumnavigate the star as you earn points. The other way is to be the last person with their large pawn still on their track while all other players have reached the center of the board, or the “End of the Line”. 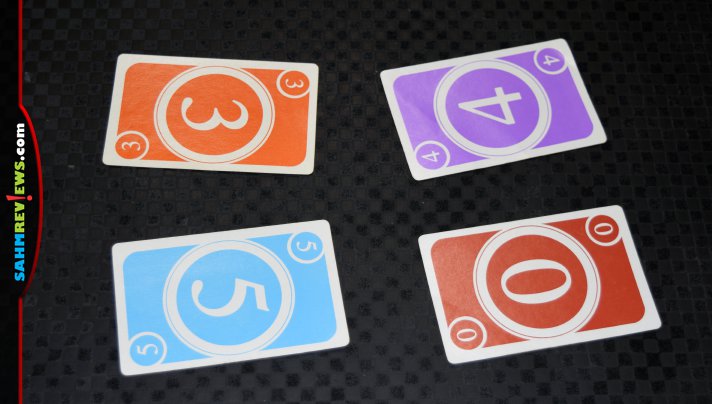 The game is played over rounds (tricks) where each player will select one card from their hand and place it face-down in front of them. They are revealed at the same time and any ties are removed to a discard pile. Any remaining cards require the owner to move their large pawn that many spaces down their track (cards are numbered 0-6, with two examples of each – except for the sole “6”). Whomever has the highest valued card still in play also receives one point and they move their small pawn accordingly. 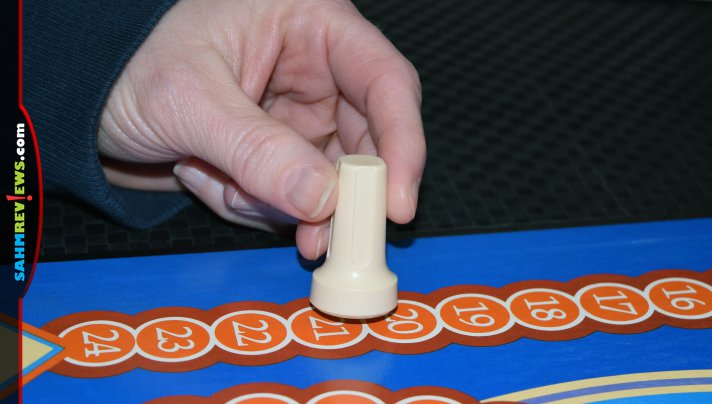 The played cards are all sent to the discard pile and another round is played in the exact same manner. Once someone wins five tricks or is the last person standing, a game of End of the Line ends with that person being the winner. 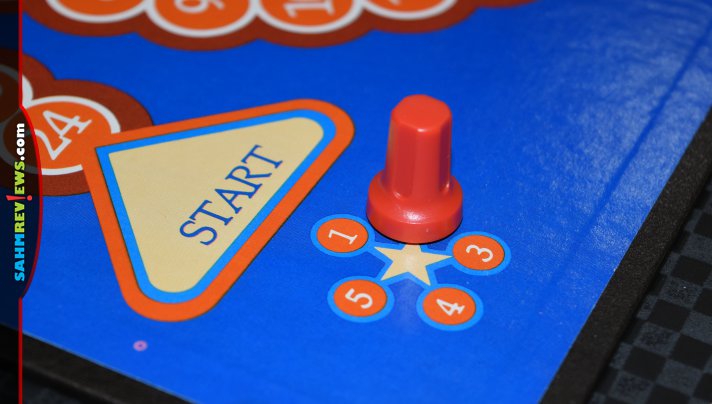 End of the Line by Hoyle (the famous card game rule writer) seems to be rather difficult to find available online. As of the time of this writing, there are no copies currently for sale on eBay or anywhere else we could find. That doesn’t mean it won’t pop up in the future, but if you happen upon an example at thrift, it might be worth a couple bucks to add it to your collection.

Did you know Hoyle also made board games and not just card games?