Sometimes while game shopping at thrift, we get a bit of déjà vu. Back in January we had picked up a copy of Orient 3-D Chinese Checkers at our local Goodwill. We’ve all probably played the regular version of Chinese Checkers at some point in our life, but that version struck us as unique since it used a standard six-sided die to control a turning center of the board and included a special rule if your piece was in the one space directly in front of the result. It allowed you to move your peg to anywhere on the board – even the furthest spot in your home base!

There is no doubt that Orient was published well before the copy of Chinese Revolution we found this week. The former made its debut in 1972 while this Pressman version hit the shelves in 2010. Chinese Revolution really isn’t much different from Orient, and this is an example of the newer version not being near as good as the original. 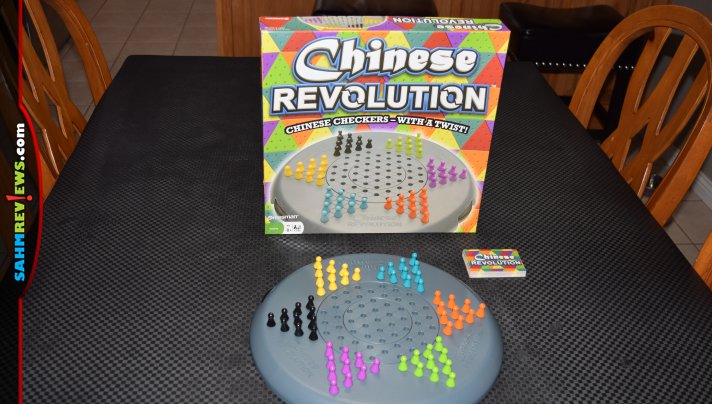 The main difference in the board is you can still move through the center in Chinese Revolution. In Orient, the center was completely blocked off by the spinning section. This was ok, since the center moved every turn and could even rotate all the way around if you rolled the right number. The modern version does away with dice and instead introduces cards. This leaves the center open as in the original game of Chinese Checkers. 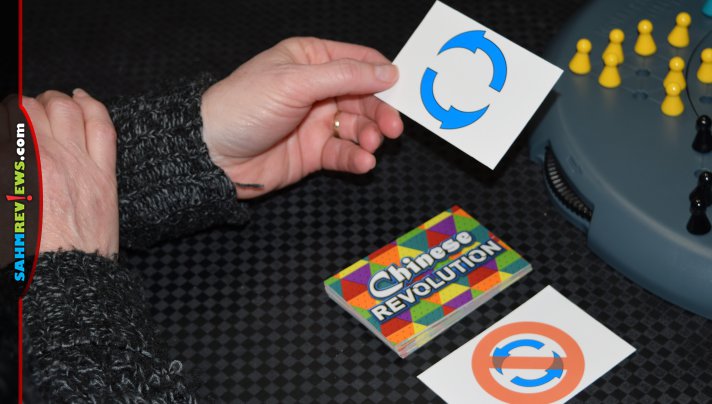 On a player’s turn, before they move they will draw a card from the deck. The card face will instruct them to either do nothing or to rotate the ring one notch using a guide wheel on the side of the board. It always turns counter-clockwise, which means the board turns clockwise, and only the two outer rings of peg holes rotate while the center area remains in place. While it could help you move your pieces forward, only 22% of the cards instruct you to turn the ring. If your strategy is to wait for someone to help you move forward, you will probably lose.

Additionally, since the ring that rotates in only one direction and only 1/5 of the time, if your piece is in front of your base and it is moved away, you’ll need to swim upstream to try to get it back! Not a particularly fun experience and not even something you can strategize for because the card draw is random. 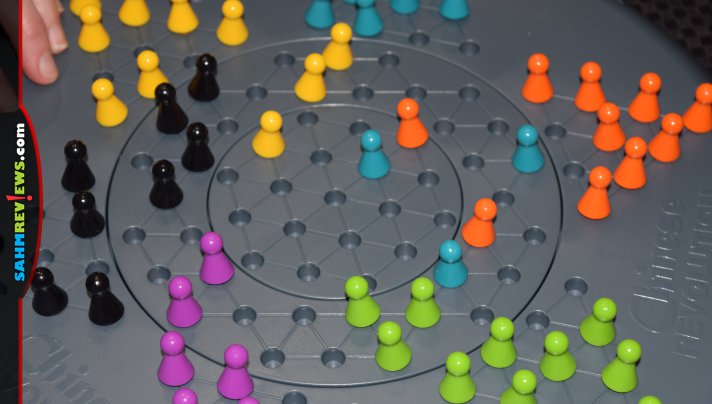 When a company issues an updated version of the game with new features, we expect it to have improvements over similar titles on the market. That is not the case with Chinese Revolution. If you’re looking for a Chinese Checkers variant, we recommend waiting for a copy of Orient to become available. If you must have this game for your collection, you will find it on eBay for surprisingly high prices. Please, wait until it is available for a couple bucks at thrift.

What game do you think publishers ruined by issuing an updated version?