Whenever we shop at thrift for games, a common title we see is Chinese Checkers. It was a favorite of mine when I was younger. Like most of you, the marbles were eventually lost and it became a three player game instead of four, five or six. I still buy really old ones just to admire the artwork. Some of them even have really unique and cool marbles! 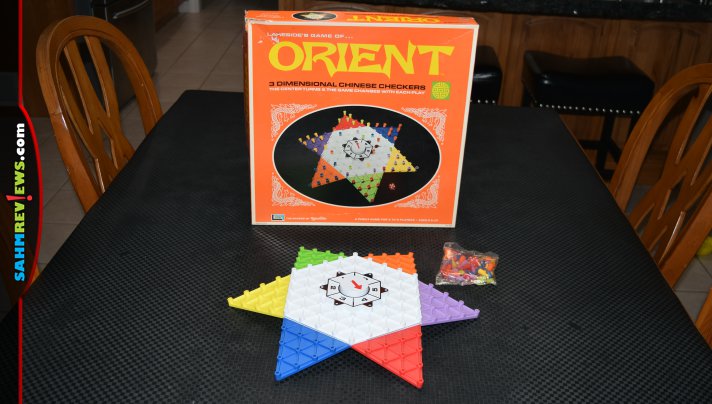 When I first saw this copy of Orient at our Goodwill, I mistook it for a normal version of Chinese Checkers. As always, we opened it in store to count the components. There were no marbles. But there was a still-sealed bag of Battleship-like pegs and a die!? This was no ordinary version.

The game of Orient is billed as a “3 Dimensional Chinese Checkers”, which is technically true if you consider rotation its own dimension (I do not). The board is designed in a way that makes it look like you’re climbing upwards, but it’s not really a 3rd dimension of play. 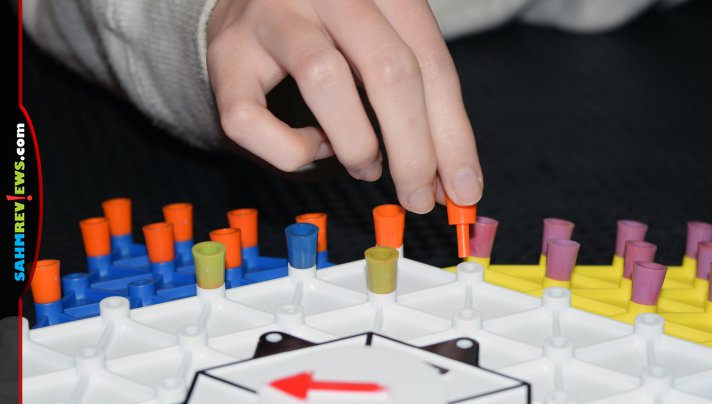 The object of Orient is the same as the classic version of Chinese Checkers. You must be the first to get all of your pieces into the matching colored base. Setup for a game by placing your pegs in the base directly opposite of your home base. Movement is identical to the original as well. On your turn you will either move one peg one space in any direction or jump over yours or an opponent’s pieces to an empty space on the opposite side. You can jump as many times as you like as long as it is one continuous movement. 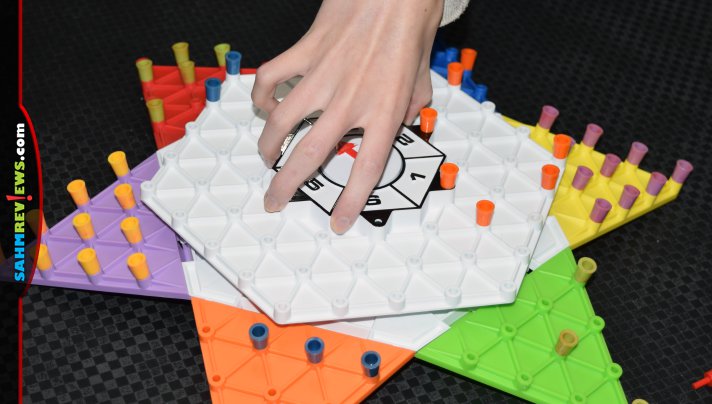 The twist in Orient in the center area. Not only does it prevent you from moving through the center of the board, it will also control the movement of the board. At the beginning of every player’s turn they will roll the die and move the entire board so that the fixed arrow points at the resulting number. As you can see, it takes all the in-play pegs with it and might allow you to shoot across to your base in one turn! 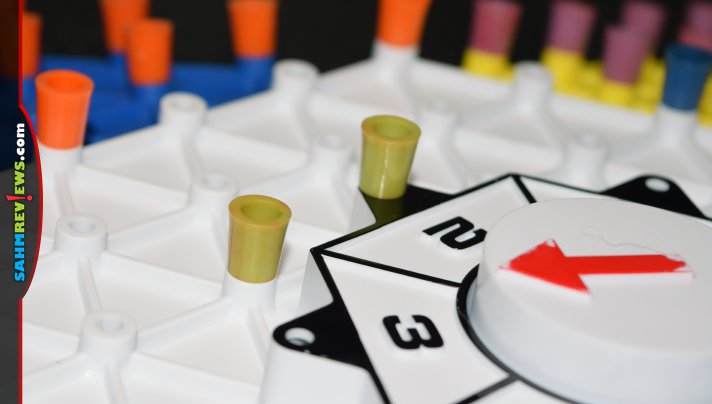 Additionally, if you have a peg in the space that ends up directly in front of the arrow, you can now move that peg to any spot on the board. The rules encourage you to put in the furthest-most open space in your base, but you may find that strategic placement elsewhere allows you to create a very long jumping turn. 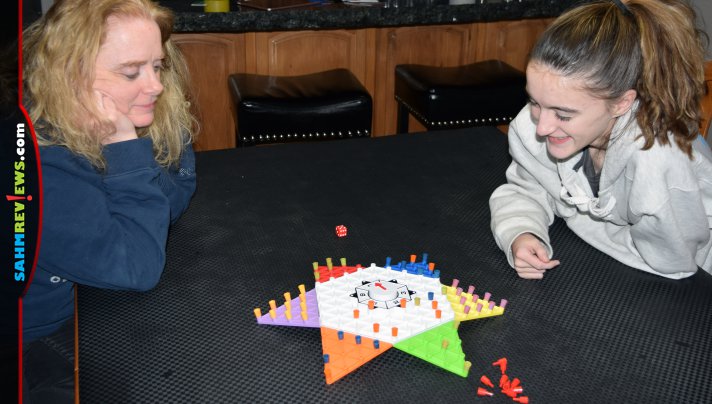 Players take turns in clockwise order rolling the die, spinning the board and moving or jumping until one player manages to get all of their colored pegs into their home base! With the moving board, it is more difficult to plan out longer plays. That also helps prevent your opponents from doing it to you! Originally published in 1972, copies of Orient are readily available on eBay. If you wait to find one at thrift, maybe you’ll get lucky and find an unplayed copy like ours!

How old were you when you first played Chinese Checkers?