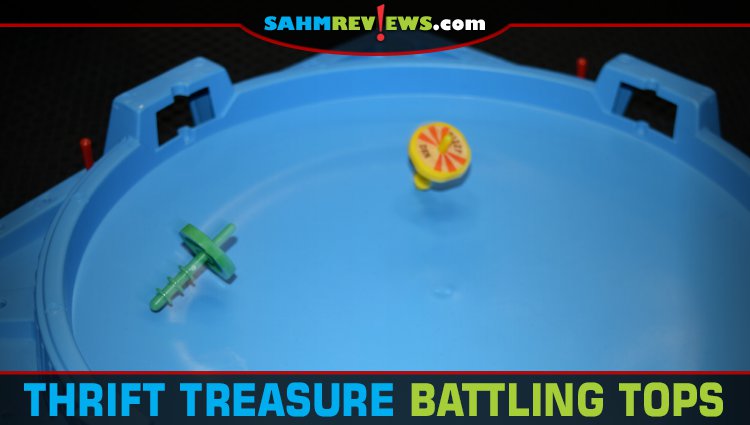 More than seven years ago I began writing a weekly column here on SahmReviews dedicated to games and puzzles we’ve found at thrift. What began as an inexpensive way to add to our collection turned into one of the most popular features on our site. We would purposely pass on games that we considered too common and focused on purchasing titles from small publishers, games that only had one printing or ones which we wish we had owned when we were younger.

This became our weekly Thrift Treasure series. Every Sunday we would feature an out-of-print game or puzzle that rarely cost us more than a couple bucks. It all started with Tetris Link in January of 2014 and has run weekly, without exception, until recently. If you’re a fan of this series, you’ve probably noticed a lack of content since the end of 2020. Rather than rehash the cause, you can read all about my medical vacation in my public Facebook post. 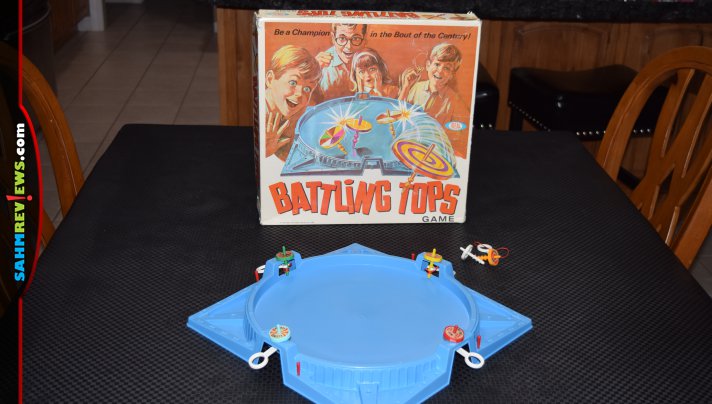 January is usually the best time to find games at thrift. Many people receive new games as gifts for Christmas and need to make room on their game shelf for their new copy of Hues and Cues (among others). This year was no exception. We found a complete example of Battling Tops for only $1.88!

Not only were all the pieces present, the original stickers, although not sticky any longer, were still in the box!

After cleaning the tops in soap and water, I was able to use an old brush and some Aleene’s Tacky Glue to carefully reapply the 50+ year old paper stickers. 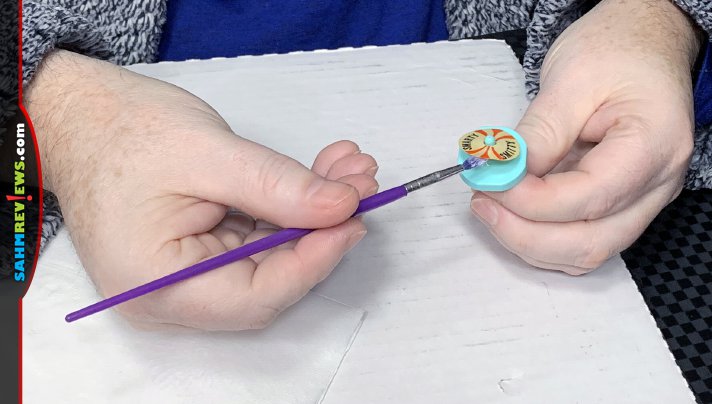 The pull tabs took a little more research. And by research, I mean trial and error. All of the strings were broken and it was obvious some had been replaced. We had no idea what the original length was. 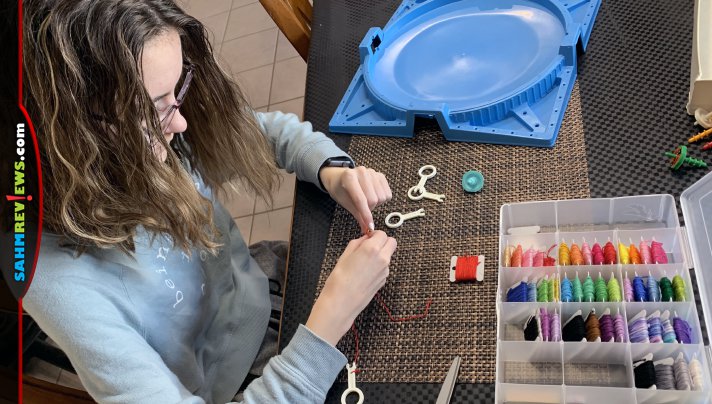 Using some spare embroidery floss from our daughter’s string bracelet kit, we experimented with various lengths before finding one which allowed for near perfect spins each time. 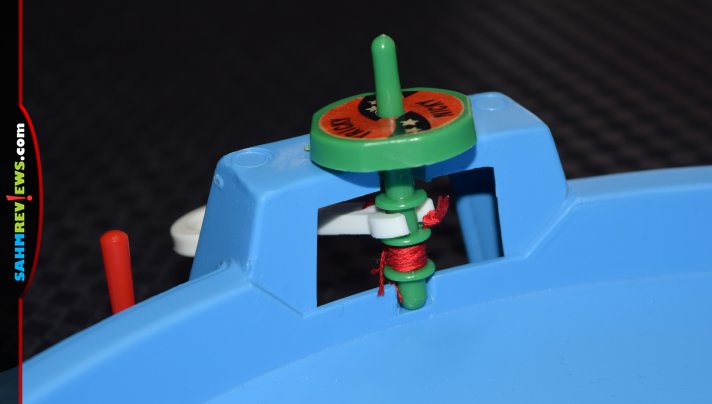 Playing a round of Battling Tops is pretty quick and rule-light. Each player will select a colored top and wind the string around its base. Once combined, these are inserted into the designated starting areas on the plastic board arena. Simultaneously, all players will pull their cord. This causes the tops to spin and wander around the play area. The last top standing earns a point, which is tracked on each players scoring area. The first person to get to ten points wins Battling Tops! 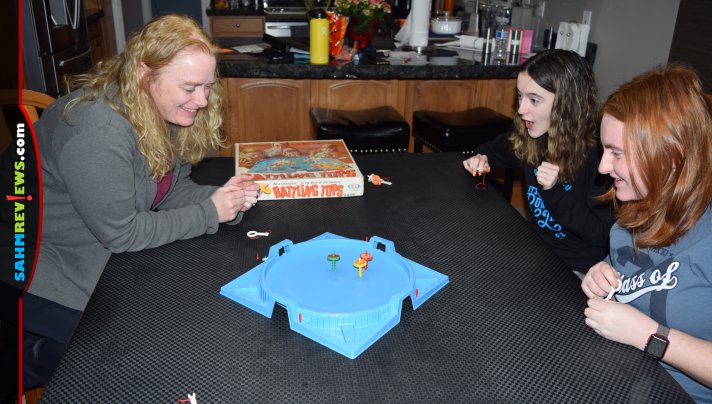 Originally issued in 1969, complete copies of Battling Tops can be found on eBay for reasonable prices considering the age, rarity and likelihood of missing pieces. Of course you might luck out and find an example at thrift if you wait long enough. Hopefully not a full seven years like we did!

Do you consider Battling Tops a game or a toy?