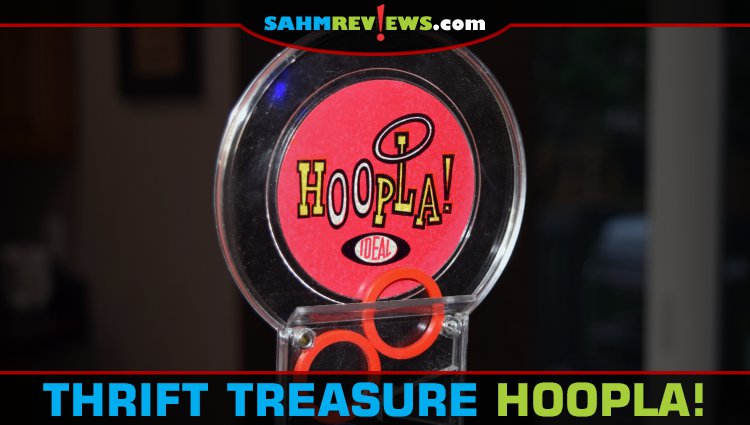 If we were giving an award for the tallest game we’ve found at thrift, this week’s purchase would be our current leader. And that’s not the only amazing thing about finding this copy of Hoopla by Ideal. This 65-year-old game is not only in amazing condition, but also 100% complete. That’s not something we encounter often when it is an item that is comprised of dozens of pieces and must be assembled each time.

It was in the 1960’s that Ideal Toy Company tried to enter the board game market. After a few failures with traditional cardboard games, they realized their advantage came with plastic. Something they had been using for years to make toys! No one had married this new-at-the-time invention with board games and Ideal would be the first. It spawned several popular games – Battling Tops and Hoopla being two of their most successful. 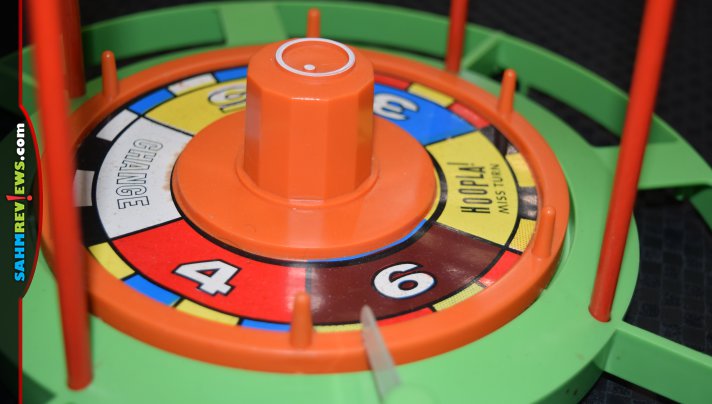 Just like Battling Tops, you can see as much toy in Hoopla as you can game. The premise is you are an elevated circus performer trying to catch rings as you unicycle around the stage. First you must assemble the 30″ tall game board. At the bottom is a spinner like the one you would see in the game of Life. Four long wooden posts raise the rest of the board into the air. A transparent plastic dispenser is put on the very top and filled with discs of distinct colors. 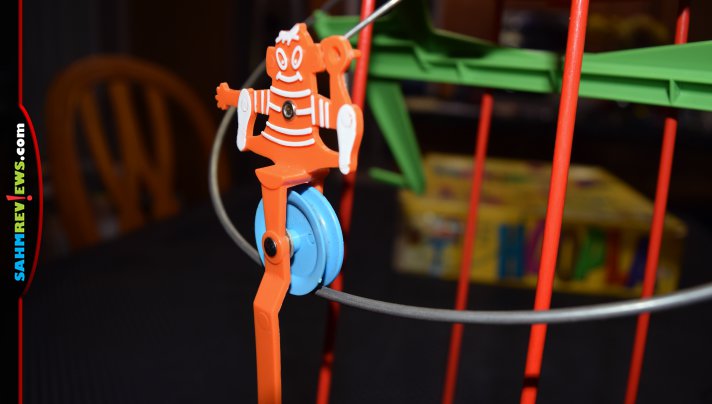 The coolest part of the game is the circus performer which is placed on the metal rods encircling the game. This ring moves up and down and allows the clown to roll in either direction. A protruding metal stick sits in the clown’s hand and is what is used to spear the discs as he rolls by. Each color of disc has a different diameter hole, making some harder to pierce than others. 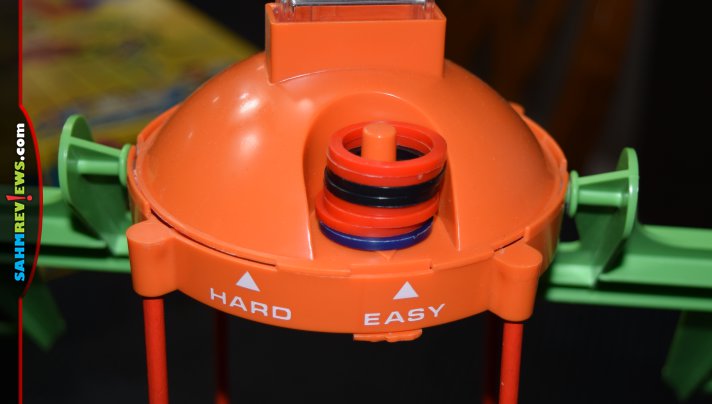 On a turn, the active player will spin the wheel in the game’s base. There are six possible results, four of which are numbers. These dictate how many times the clown may pass the dispensing area, either forwards or backwards. One of the other results causes you to lose a turn, while the last one requires the player to turn the top of the tower to either “Hard” or “Easy” – opposite of the current state. The “Hard” setting moves the dispenser a little closer to the active player. This makes it more difficult to get the stick into the disc’s hole. 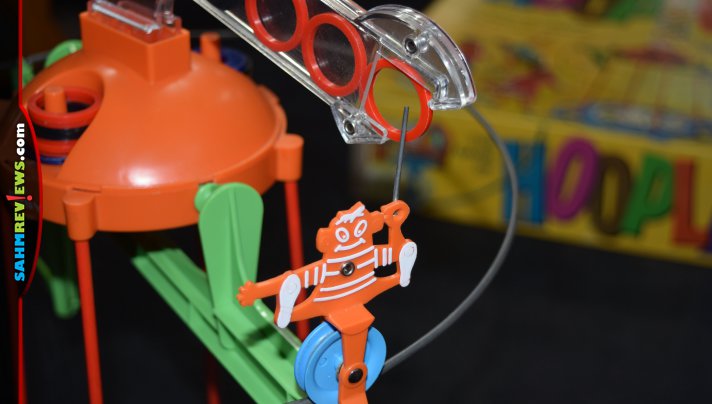 To move the clown, the player will grab both handles and manipulate the ring up and down. This causes the clown to roll in either direction. As it passes the dispensing area, hopefully the clown can grab the waiting disc. Then the player must decide whether to back up and grab another one, if they have movement left from their spin, or make their way all the way around the ring and therefor saving one movement point. 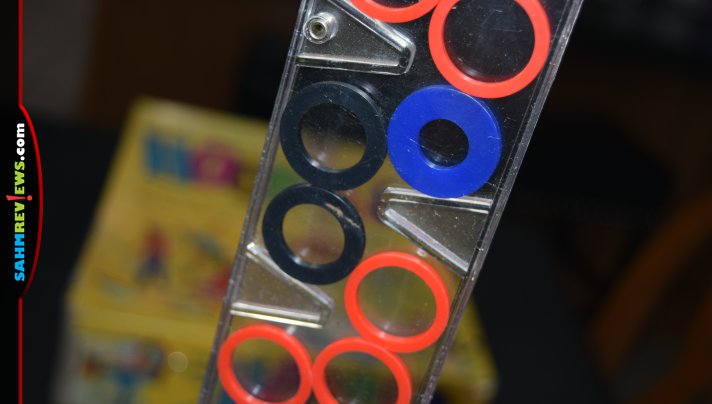 Discs are worth 10, 50 or 100 points (depending upon color) and are seeded in a specific order into the dispenser at the beginning of the game. Discs that fall from the game or clown are randomly returned to the dispenser. When the tower is emptied, more discs are inserted from the special disc holding areas until they are all used up. Discs collected by the clown are retained by the player until the end of the game. Once they’ve all been speared, the player with the highest point total wins Hoopla!

As you might imagine for a game so old, new copies are all but non-existent. Examples are regularly for sale on eBay for a wide range of prices. As of press time, they range from $13 to $84 shipped! With any copy you’re thinking about picking up, be sure to check the inventory since one missing piece will make the game unplayable!

What is the largest (tallest) board game you own?