Don’t you agree the 1960’s and 1970’s had a ton of unique and interesting games? Whether known classics like Hoopla or Battling Tops, or something a little scarcer like Knockout, publishers certainly put a lot of effort into trying to outdo each other when it came to dexterity games.

What is great about the genre is the rules are usually pretty easy and you can get to playing with minimum effort. Take this week’s Thrift Treasure find for example. Hurry Up has less than three paragraphs of rules! The majority of the rulebook is dedicated to properly assembling the playing area. 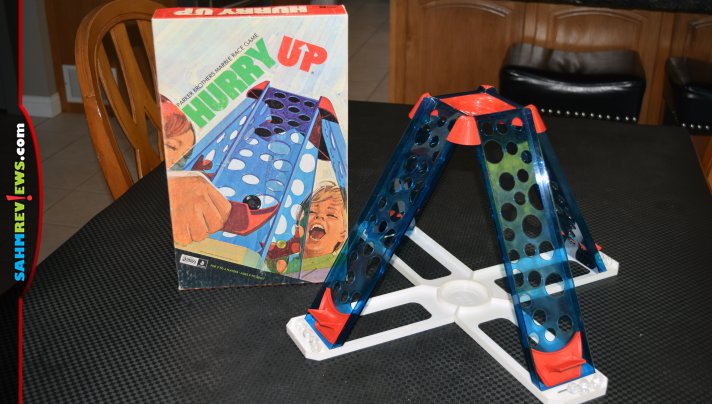 The first thing I noticed was how well the game was designed to fit into a smaller-than-normal box. Usually for these older dexterity games little though was put into how the game would be stored. “Bigger is better” seemed to be the motto. All three previously mentioned games are housed in boxes too big for our game shelves. That alone keeps them from getting pulled out to play often. 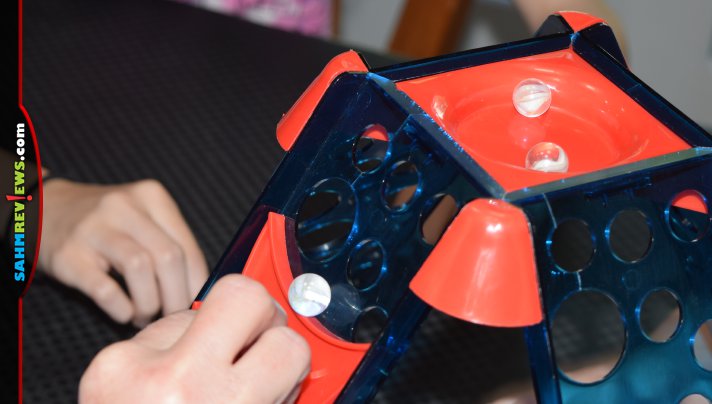 Our thrift copy of Hurry Up was almost complete – only missing some marbles. It appears the original game included five marbles for each player of distinct colors. After checking the rules, we decided colors weren’t needed and replaced the few remaining original marbles with white and clear ones we had purchased previously at our Goodwill.

This added to the suspense because other players couldn’t know how far along you were! The game of Hurry Up is simple. Your job is to use the curved player aid to lift your marble along a transparent plastic ramp filled with holes of assorted sizes. 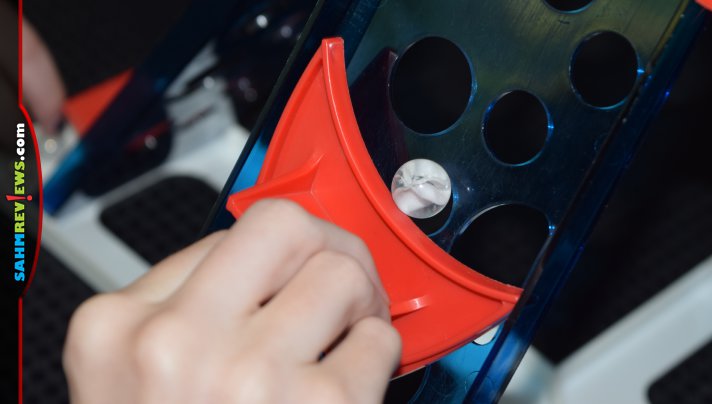 Tilting the player aid left and right allows the marble to shift its position to hopefully pass along one of the solid parts of the ramp. If it hits a hole, it will immediately drop into the player’s fenced-in section below the ramp. All players are playing at the same time, so a little bit of shaking should be expected.

Once the marble reaches the top of the pyramid, it will fall into a bowl. You will then move on to your next marble, trying to be the first player to get all five of them all the way to the top. Whomever successfully completes this feat is the winner of Hurry Up!

We found Hurry Up to be quite a bit of fun and incredibly challenging. It is definitely a game that gets easier the more you play and it reminded us of some of the life-sized contests seen on the TV show, Survivor. Affordable and complete copies can be found on eBay for under $20, although shipping brings the total a little higher. Certainly keep an eye out for Hurry Up at thrift or your local yard sales!