This week’s Thrift Treasure find was a game that I always wanted but never purchased. The commercials began running in the early 90’s and being a recent college grad, I didn’t have the extra funds to splurge on toys and games. But there was something about Knockout by Milton Bradley that stuck in my brain for years and years. Thanks to a Goodwill donation, I finally own a copy!

We had run across copies before, but they were always missing blocks or the custom dice. This one was complete but had a problem with the battery-powered Rammer Hammer. As with many games of this type, it suffered from a lot of battery corrosion. So much that it no longer worked, even with brand new batteries. It took me the better part of an afternoon to disassemble the tool, clean the metal parts with vinegar and rewire the connections before I knew if the motor was still in good condition (it was). It now works as well as when new. 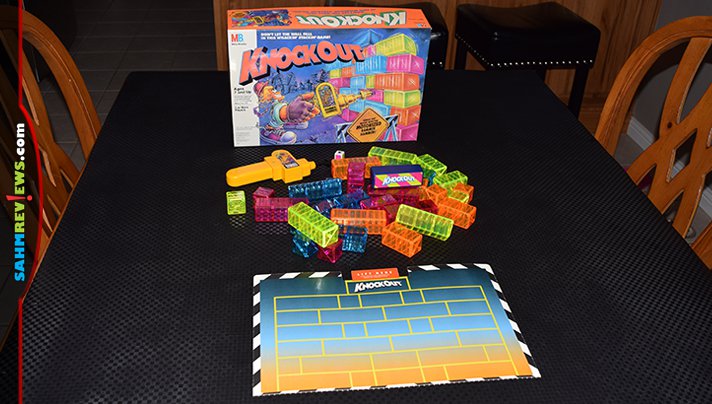 Knockout shares many similar mechanics with the classic game of Jenga. You’ll set up the plastic block wall according to an included map, randomizing the colors. On the top of the wall is a special Knockout brick that cannot be moved during the game. As with most games, the youngest player goes first.

On a turn, the active player will roll the custom die and examine the color result. This is the color of a block they must remove from the wall. Using the electric Rammer Hammer, they will pull the trigger and attempt to knock out one of the blocks of the current color. 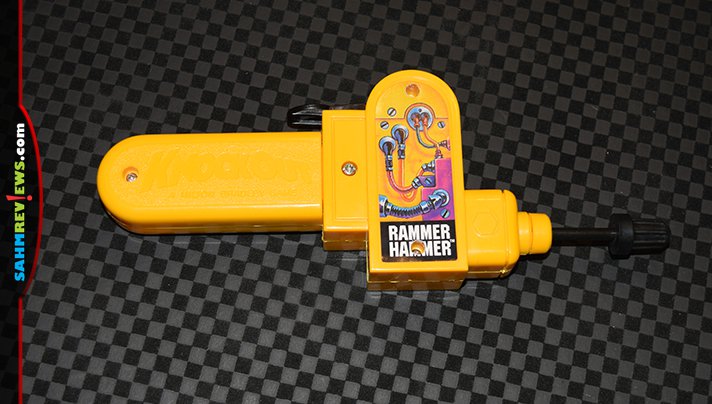 You may also use the hammer to nudge other blocks around to free up the block you are after or to shore up the wall if it is wobbly as long as you never use your hands to touch a brick. The block you successfully knock out is placed on top of the wall on the same level or higher than the Knockout block. If other blocks also fell when you knocked out your block, those are set aside and removed from the game. Play then passes to the next person in clockwise order.

Everyone takes turn rolling the die and attempting to remove a matching block until someone causes the Knockout block to fall and hit the table. That person is eliminated from the game and the wall is set back up for another round with the remaining players. A game of Knockout ends when there is only one person left and they are declared the winner! 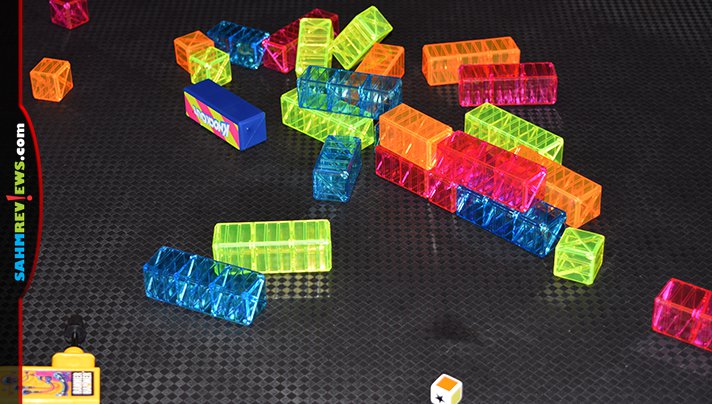 A shorter game may be played over just one round. When someone knocks the Knockout block to the table, the person directly to their right, who was the last person to successfully knock out a block, is declared the winner! Knockout is a modern classic that should be in every game collection. You can find copies on eBay for under $20 or search local thrift stores for a complete copy!

What game from the 90’s are you trying to hunt down?