I’ve been fascinated with the news of The Ocean Cleanup‘s successful trial run of clearing up some of the plastic polluting our oceans. By some estimates there are over 5 trillion pieces of plastic littering our oceans. I’ll let that sink in a bit. 5 trillion. Trillion – with a “t”! This organization was founded to combat and hopefully reverse the growth of the Great Pacific Garbage Patch. With a full-scale deployment of their systems, they estimate they will be able to clean up 50% of the Great Pacific Garbage Patch every five years. I hope they’re more than successful.

What many don’t realize is we will face the exact same scenario in a different part of our planet. Over 21,000 pieces of space trash larger than 4 inches (10 centimeters) and half a million bits of junk between 1 cm and 10 cm are estimated to circle the globe. And the number is only predicted to go up. Astroscale, a Japanese-based company that wants to clean up space debris from orbit, has announced that it has begun construction of a prototype spacecraft that will test some of its innovative space junk removal technologies. Hopefully they will see as much success as The Ocean Cleanup has.

Space debris cleanup is also the theme of one of the latest games by TheOP, Astro Trash. Set in a fictional solar system, a consortium of peaceful planets has devised a way to turn space waste into fuel. Unfortunately one of these sanitation crafts lost control of its collection and their solar system is littered with debris. Everyone is trying to save their own planet by flinging trash towards rivals and sending them into the sun for permanent incineration. 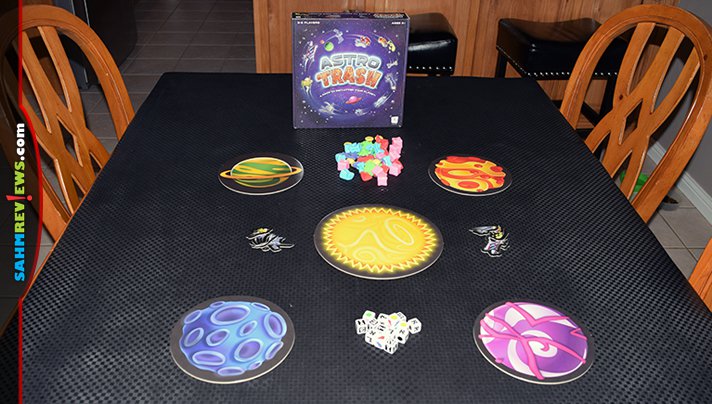 Astro Trash supports up to five players who each begin the game with a colorful player mat, three dice and a random assortment of trash pieces depending upon the number of participants. Place the Sun board in the center of the play area. There is no need to select a first player since everyone will be rolling at the same time! 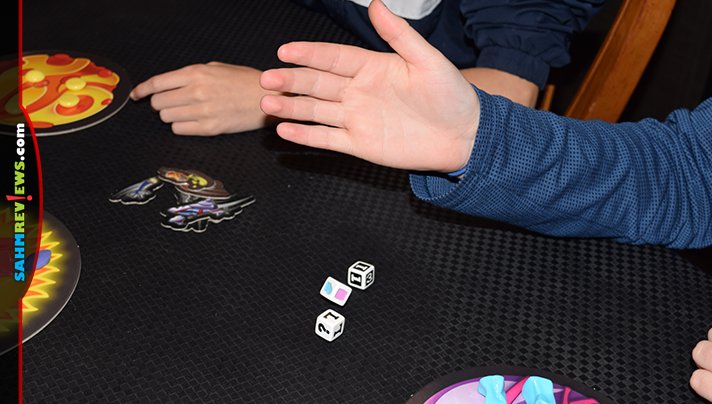 The mechanics of Astro Trash are best described as a modified version of Left Center Right, the classic dice-rolling game. All players will roll their three dice simultaneously and the results will dictate as to the color and type of trash to be moved off of their planets, the number of pieces and which direction they will head. 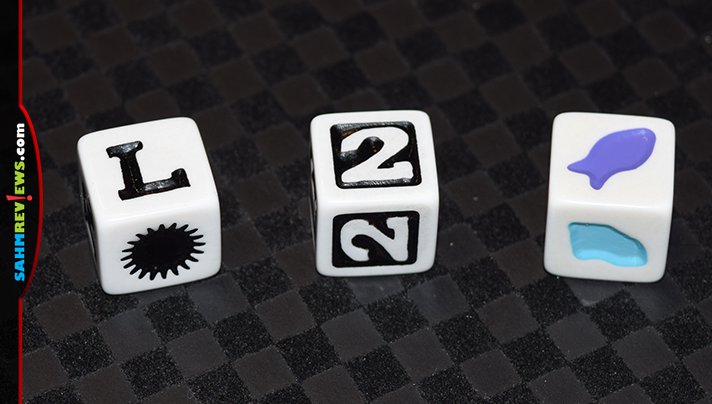 One of the three dice has colored faces that correspond to the types of trash pieces you may find on your world. The second die has four possible outcomes. An “L” means you get to fling your trash to the player on your left. An “R” means the opposite – pass it to your right. The Sun symbol means the trash is going into the center and a question mark icon gives the player a choice of where to send it. 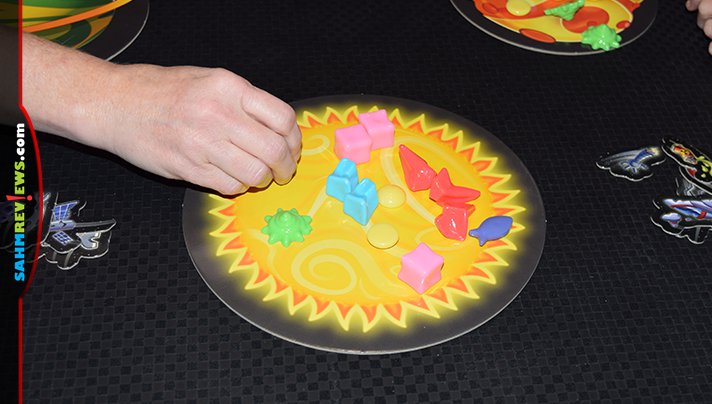 The third die will result in a number from 1 to 3 and allows you to move up to that many pieces. All three dice must be rolled every time and you do not have to wait on other players to finish resolving their dice. Once you are ready, grab your dice and roll again! The first person to rid their planet of all its trash and shouts “Clean!” wins the round and receives a trash trophy. The game is reset and an additional round is started. The first person to receive three trash trophies is the winner of Astro Trash! 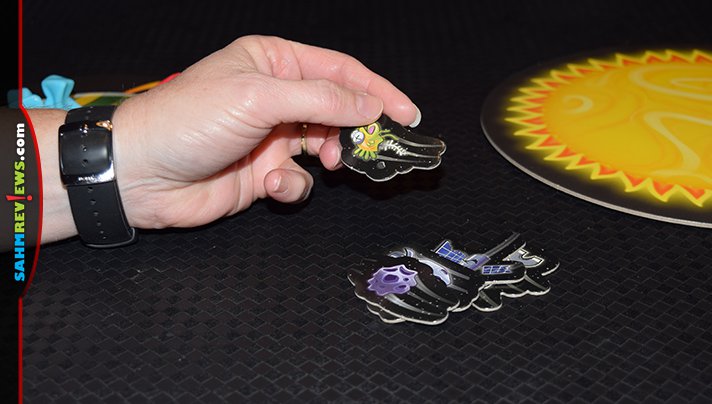 If you’re playing with younger children, give them an advantage by starting them with a couple fewer pieces on their planet. Alternatively, eliminate the color die and allow them to move any color trash from their planet instead of particular pieces! Either method is a great way of handicapping the game between players of different skill levels. 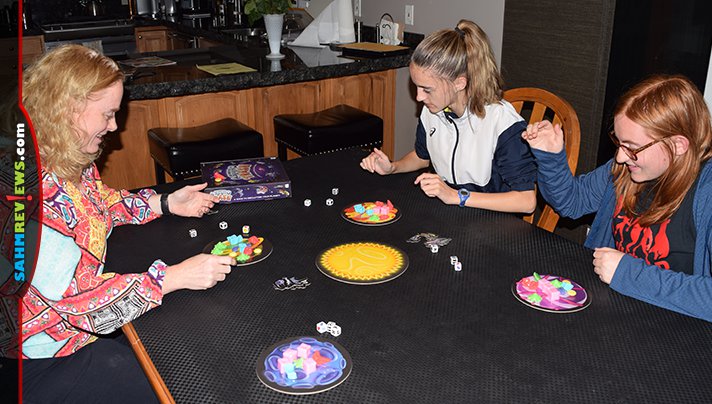 Copies of Astro Trash can be found exclusively at Target or via 3rd party sellers on Amazon for under $20. Find out more about what TheOP is up to by checking out their website and following them on Facebook or Twitter. I hear rumors they have an amazing color-themed game coming out sometime next year!

Do you think we’re doing enough to prevent oceanic/space debris?