Halloween is upon us, along with cooler weather and the beginning of autumn. All this month we’ve tried to find new game titles that fit the theme of the season. First we built up the community pumpkin patch by playing Pumpkin Patch: Bad Seeds. Then we tried not to lose our minds in Tower of Madness. Last week we barely escaped Unlock: Exotic Adventures since The Night of the Boogeyman proved to be a bit tougher to solve than we expected! Now it’s time to fight some ghosts.

Our Halloween-themed game of the week is Ghosts of the Moor by Tasty Minstrel Games. While not specifically rooted in Halloween lore, we thought the idea of pretending to travel through a darkened bog while avoiding ghosts and picking up treasures was more than appropriate for the season. And because it was designed by Wolfgang Kramer and Michael Kiesling (Adventure Land, Coal Baron), we knew there was a better than normal chance that we’d enjoy it (spoiler – we did!). 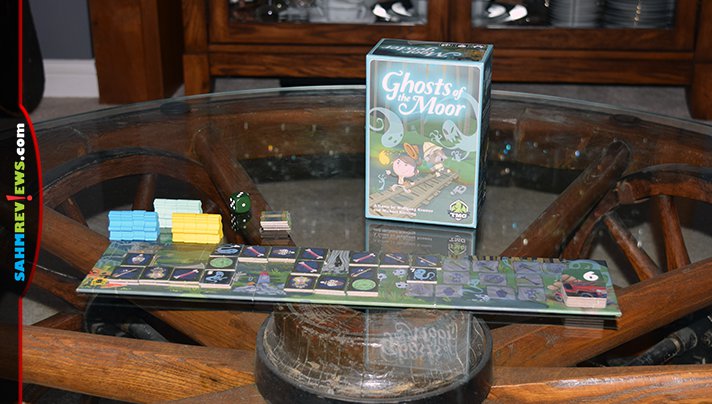 Ghosts of the Moor is a quick 30 minute board game where you and up to four other players make your way across the board trying to escape the bog. Setup is very quick – just set out the folded board to the center of the play area, give each person matching colored pawns of their choice along with one Plank tile and shuffle the Treasure tiles, Ghost tiles and one Plank tile (if there are any Plank tiles left over, return them to the box). The tiles are now dealt out to the board, two per space on areas shown in green and one tile per brown space. Goal tokens are stacked in decreasing order and placed on the getaway vehicle icon at the end of the track. Determine first player, give them the six-sided die and you’re ready to begin! 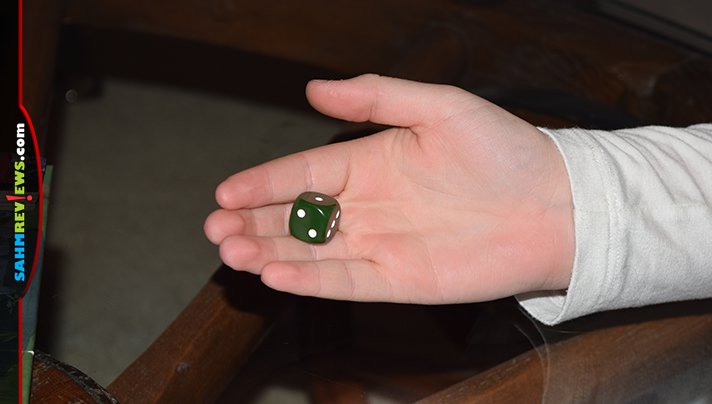 On each player’s turn they will roll the die and move any of their pawns a matching number of spaces. Each player will have between two and five pawns, depending upon the number of players, and each moves independently. Movement is always forward towards the end of the track and instead of receiving a reward or action for the space you land on, you only activate the space you just left! 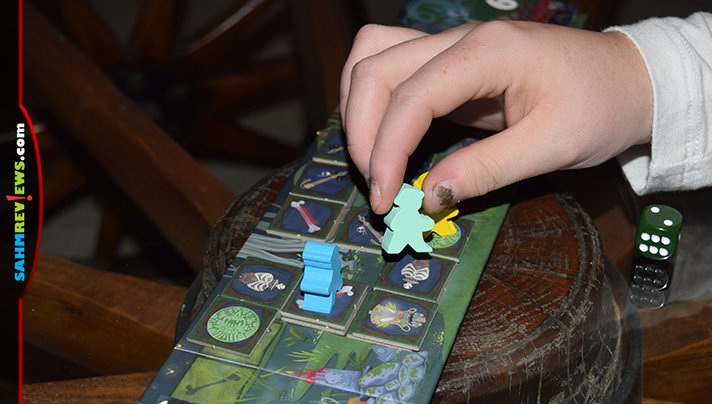 If the pawn you are moving began the turn on a space containing one or more tiles and there are no other pawns of any color on that space, you must take the top tile from that space and add it to a face-up collection in front of you. If there are other pawns, you just move and take no tiles. 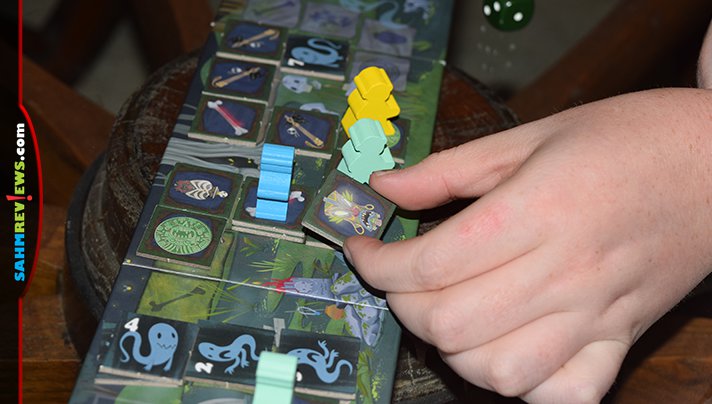 If the space you moved away from had no tiles, you must place a tile from your collection that matches the printed symbol onto the vacated space. If you don’t have a tile that matches that particular symbol, you must either discard one ghost tile or any other two path tiles to the empty space closest to the end of the board. 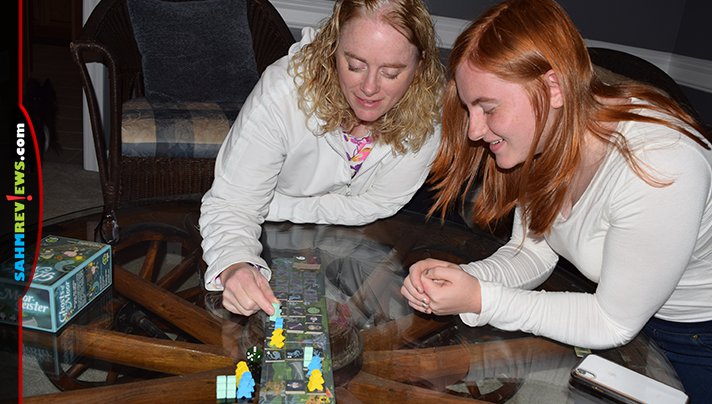 As you might have predicted, landing on an empty space means you probably will have to discard a tile the next time you move that pawn. If you have a Plank tile in your collection, you may place it on that empty space when you end your move there. When you leave that tile you’ll pick it up or leave it behind if another player has placed their pawn on the same space. When you pawn reaches or goes past the last space (getaway vehicle icon), it remains on that spot and cannot be moved for the rest of the game. If there are Goal tokens remaining on that space, take the topmost one and add it to your collection. Goal tokens are yours to keep and cannot be discarded. 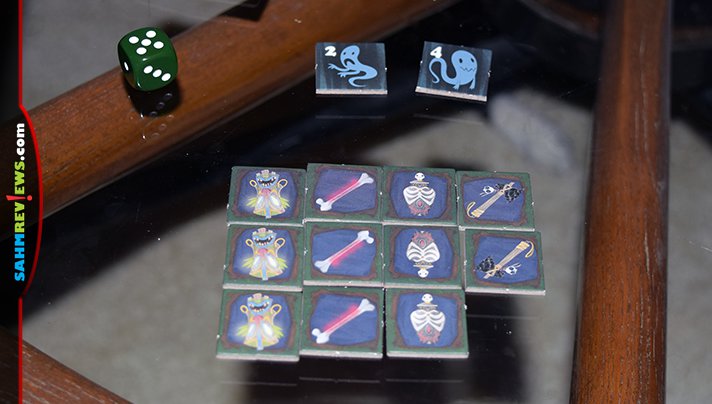 Once all explorer pawns owned by all players have reached the last space, final scoring commences. Players receive points equal to the Goal tokens in their possession and additional points for collecting like items along the way. Of the five different treasure types (Axe, Bone, Coin, Mask, Urn), you’ll receive one point for having one, three points for a matching pair, six points for three of a kind, ten points for four of a kind and fifteen points if you own all five of an item! Subtract points equal to the value printed on any Ghost tiles you were stuck with (Plank tiles aren’t worth anything other than to break ties) and the player with the highest overall total wins Ghosts of the Moor!

While advertised for ages 8+, we feel this could easily be enjoyed by children as young as 5 or 6 as long as an older player was present to help explain the rules. You’ll find Ghosts of the Moor at your favorite local game store or via online retailers such as Amazon. Tasty Minstrel Games recently updated their website and have announced a couple new things to hit the market in time for the holiday season! Be sure to stay on top of their Facebook or Twitter feeds to find out what’s coming out next!

What games are you playing for the Halloween season?

1 thought on “Ghosts of the Moor Board Game Overview”