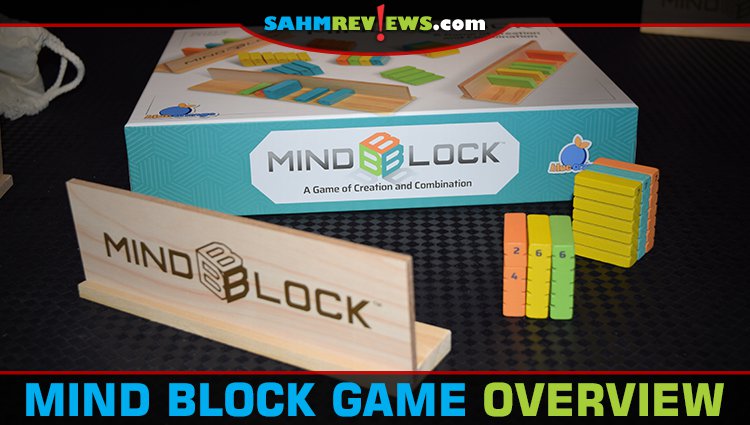 One of the first card games my parents taught to me was Rummy. As I recall, it was my mom’s favorite game. We played as a family most every week and tried out a couple different variations as we got tired of the regular game. One such alteration common among families with young kids was a slight rule change that allowed cards of the same suit to be paired and counted as a card of a higher number. Not only did it make the game go quicker since you’d be playing two cards instead of one, it also served as an early math lesson!

I had forgotten all about this version of Rummy until I came across MindBlock by Blue Orange Games. It uses the same add-cards-together mechanic in a rummy-styled game, but does so without cards at all! Instead, the entire game is made up of numbered wooden blocks! 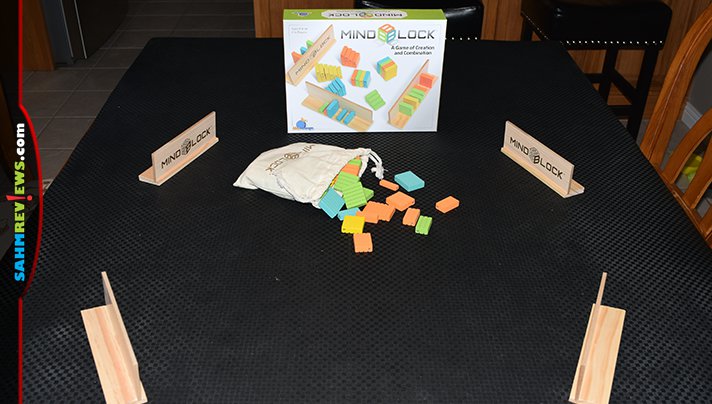 Inside the box you’ll find 56 of these blocks (2 each of 7 sizes in 4 colors), four player trays and a bag to hold the blocks. Each player (up to four) takes one of the trays and draws 7 blocks from the bag at random (10 blocks for a 2-player game) without revealing them to other players. The rest remain in the bag for use during the game. As in a regular game of rummy, your goal is to get rid of all the blocks in your tray. 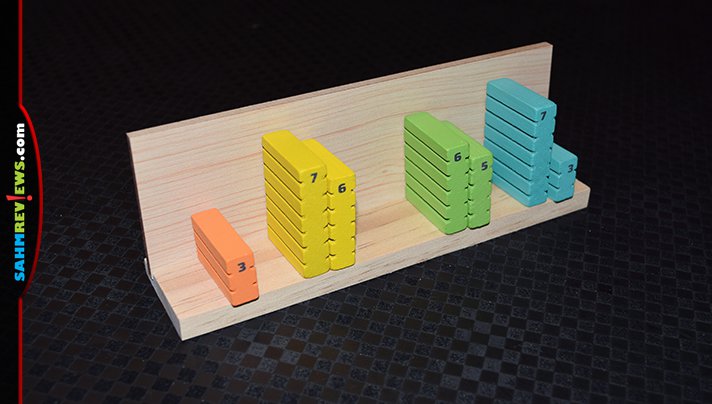 On each player’s first turn, they must play a run of three or a set of three with a total sum of at least 15. If they cannot, the player on their right draws one block from the bag at random and gives it to them to add to their tray. On subsequent turns, you must also either play a new run or set to the table (of any value) or play at least one block and rearrange all of the blocks on the table! If you can’t, a block will be drawn for you! 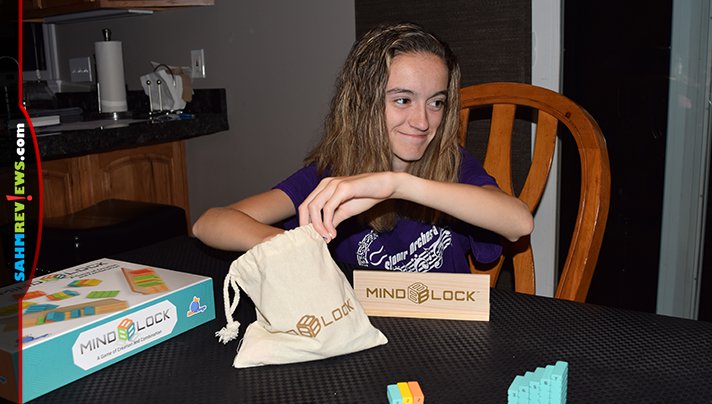 When rearranging, you must use all of the blocks currently on the table and make sure they are all part of valid runs or sets. You can move blocks from sets into runs and vice-versa. You can also break up stacks of blocks into their individual parts as long as they are still used validly. 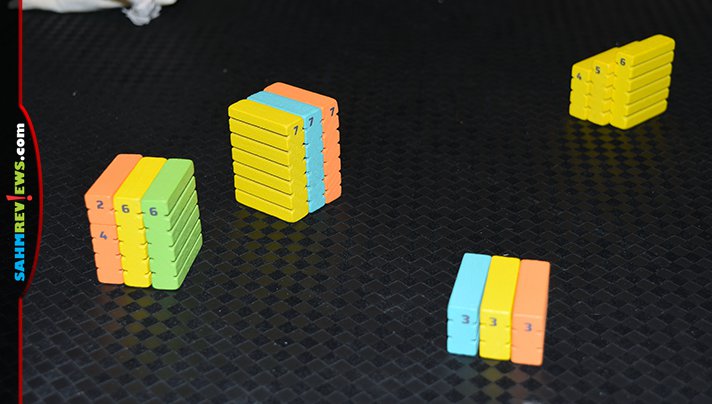 Stacking blocks is the feature that is similar to the version of Rummy I played as a child. You can use like-colored blocks and stack them to create a higher value (no more than a total of 7). For instance, you can stack a green 1 and 4 to pair with your orange and blue 5’s to create a full set of fives. The same technique can be used to substitute one of the numbers in a run! Using two or more blocks to play as one number will deplete your tray quicker – exactly what you need to do to win!

Once a player plays their final block to the table, the game of MindBlock ends immediately with that player winning. There is no scoring or counting up sets and runs as in Rummy – MindBlock is a one and done. If you prefer a longer game, keep tally of the blocks left in other players’ trays and the first player to reach 50 points wins after multiple rounds! 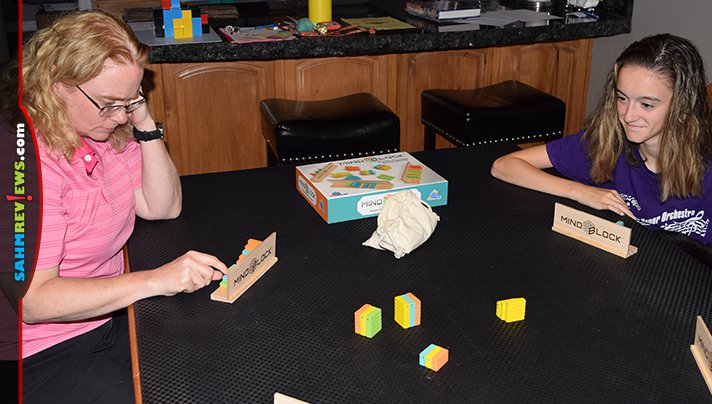 I have to admit, I think I prefer this wooden version of MindBlock over the traditional card game. As a learning tool, it is easier for a child to visualize how the numbers add (stack) up. And there’s something more satisfying about handling wood pieces instead of playing cards. You can find MindBlock on Amazon for around $30 or at your favorite local game store.

We hear of some cool new things coming out from Blue Orange Games in time for the holiday season! Check out their website and make sure you’re following them on social media (Facebook, Twitter) so you don’t miss out on the ones that are on everyone’s wish list!

Was/is Rummy a favorite in your household?