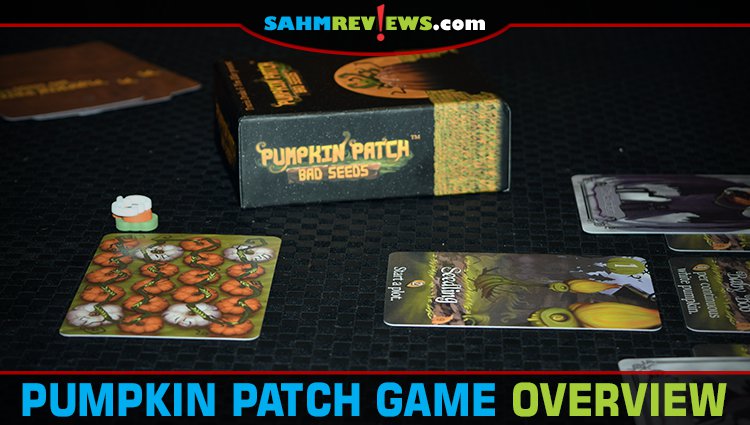 Now that the summer is over, the same can pretty much be said about game convention season. A good majority of games are released each year at Origins or Gen Con, with a few more trickling out at Essen in October. I personally look forward to games issued this time of year because they usually have something to do with one of my favorite holidays – Halloween!

Last year we ran a multi-day feature about games to play on Halloween. This year we haven’t formulated an exact list, but are seeing more holiday-themed games being released or announced. The first one to cross our desks is the brand new card game by Brouhaha Games called Pumpkin Patch: Bad Seeds. A result of a successful Kickstarter campaign last year, this inexpensive card game looks to be a good start at getting you in the mood for candy giving (or taking)! 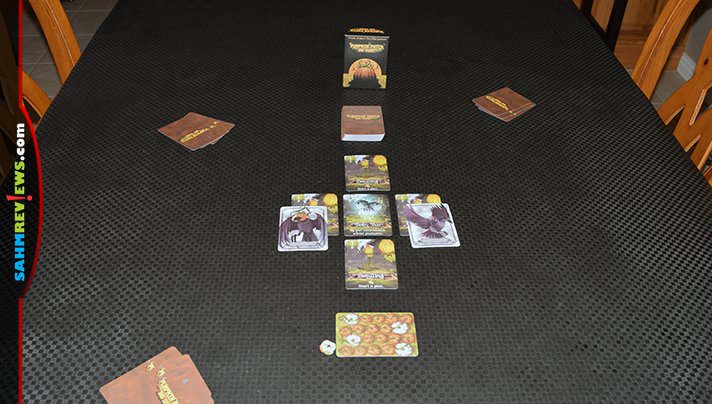 Designed for 1-3 players, in Pumpkin Patch: Bad Seeds you and your opponents are trying to grow the best pumpkin patch and collect their seeds. You have to watch out for ghoulish gourds and spooky squashes as their vines will try to creep their way into your garden, preventing you from a bountiful harvest.

Set up the game by selecting one Baby Boo card (value of 3) in the center of the play area and surround it on all four sides with Seedling cards (value of 1). Place the two crows on top of two of the seedlings and create a discard pile with a Baby Boo card, two Jack be Little cards (value of 2) and three more seedlings. Shuffle the rest of the deck together and deal out a hand of three cards to each player. The person who has carved the most pumpkins in their life is first player! 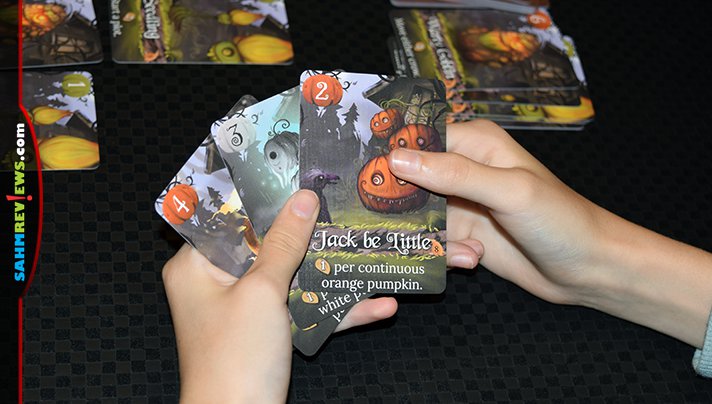 You are trying to build up the community pumpkin patch by playing new Seedling cards next to current plots or watching the plot grow by placing the next-numbered card on top of one already in the patch. On your turn you will play one card from your hand or from the top of the discard pile to the pumpkin patch. Immediately resolve the card’s ability and count how many seeds were scored (move your marker on the score track). 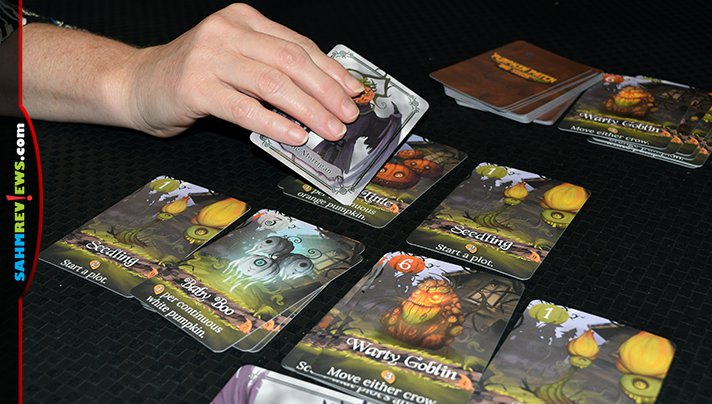 Next, move one of the crows to another plot, preventing it from growing. Then discard any number of cards from your hand and draw back up to three. If you could not play a card from your hand nor from the discard pile, then you must discard your entire hand and skip any scoring. If the draw deck is ever empty, simply shuffle the discard pile and create a new deck! 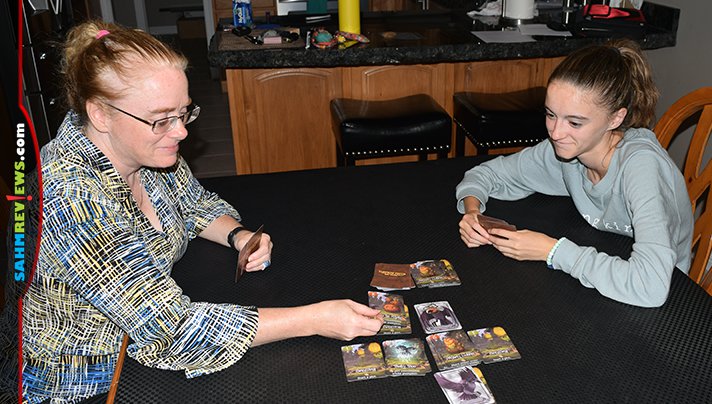 Cards are numbered 1-8 and once someone plays a Cinderella pumpkin (value of 8), the game ends immediately after they collect their seeds. The winner of Pumpkin Patch: Bad Seeds is the person who has collected the most seeds (furthest along on the score track)!

Advertised as a 15 minute game, we found it to be closer to 10 minutes on average. Turns are quick and you can’t plan too far ahead since the board is affected by what other players decide to play. And while advertised for ages 14+, this is definitely a game that is easily played by the 8+ crowd. You can find brand new copies on Amazon for under $20 shipped!

Pumpkin Patch: Bad Seeds is the first release by Brouhaha Games, who advertises themselves as a provider of “slightly spooky games”. We’ll be anxiously awaiting their next release, hopefully in time for next Halloween! Check out their website to learn more about the team at Brouhaha and follow them on Facebook or Twitter to find out what’s next!

Do you have a favorite Halloween-themed game?