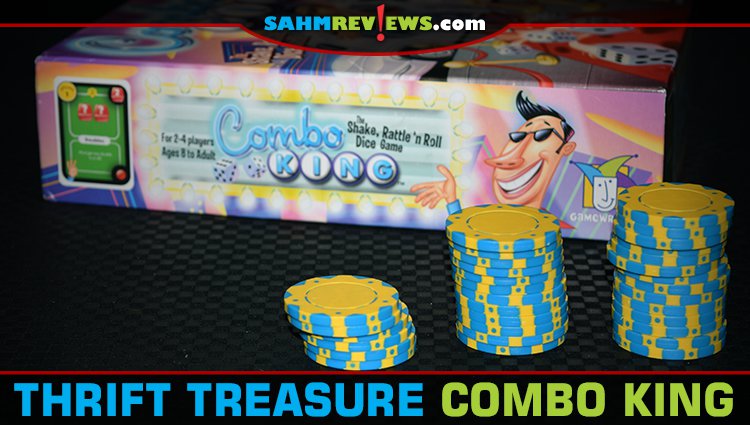 Lately it seems like we pass on more games at thrift because they are incomplete. Missing parts can be hard to replace, so it may have been the reason it was donated in the first place. I just wish thrift stores would take the time to inventory the games before setting them out for sale. An unplayable game shouldn’t be on the shelves for sale in the first place.

Many times we’re able to find suitable replacement pieces by scavenging from other incomplete copies. This week we found a copy of Combo King by Gamewright that had never been played at all. All of the components on the inside of the box were still in their original bags and wrappers. So what was the problem? The rules were missing! Fortunately I knew that Gamewright was one of the few publishers to post free printable copies of the rules to all of their games on their website! 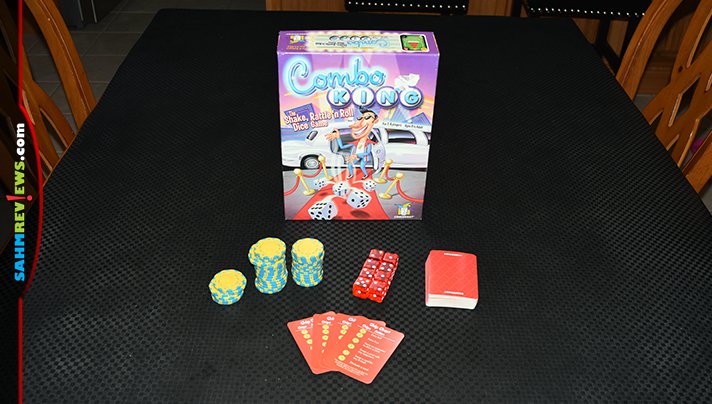 Combo King is a dice game very different from others we’ve played. To set up the game, shuffle the deck of 60 Combo cards and deal out a number to each player (five cards each for 2-3 players, four cards each for 4 players). Each player should also take a Chip Chart card to remind them about what actions are available for purchase and one chip in their bank. The goal of Combo King is to be the first player to get rid of all the cards in their hand. 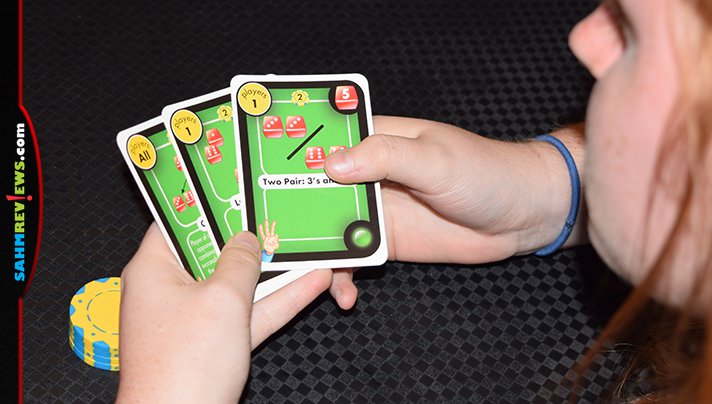 On your turn you will choose one card from your hand and play it face-up in front of you. Each card has a challenge on it which you, and possibly other players, must complete. The card will dictate the number of players needed in the challenge, the number of chips you’ll win if you are successful, the number of dice each player will use, the Combo (goal of the challenge), the number of rolls you are allowed and how the dice are handled (can you set aside some dice or must you roll them all each time). 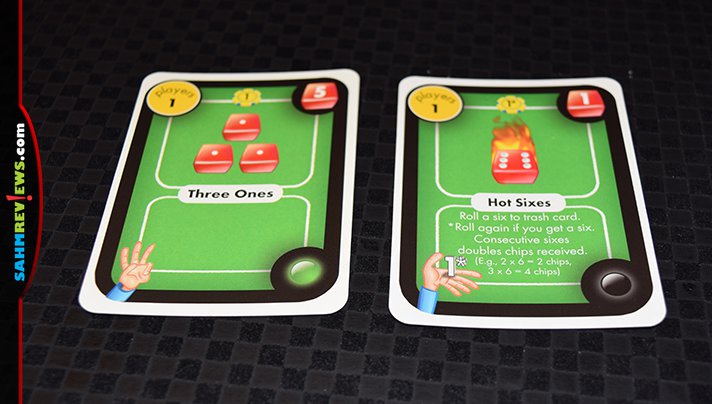 Most of the challenges are single-player and ask you to roll various things like a 6-die straight in three rolls (5 chips), three dice that sum up to certain values in just one roll (4 chips) or even no sixes when you roll five dice one time (2 points)! The more chips awarded by a combo, the harder it is to achieve! 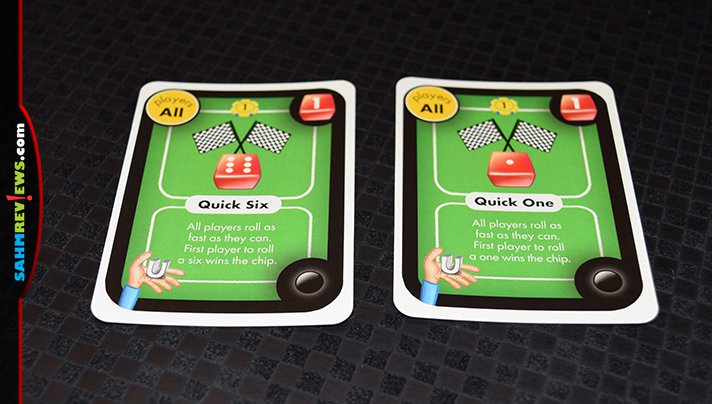 Multi-player challenges might have you rolling one die to see who is lowest, rolling four dice with even results removed each time until there is only one player left or first to roll any double using two dice (as fast as you can)! With 60 different Combo cards, the challenges are varied and unique from card to card. 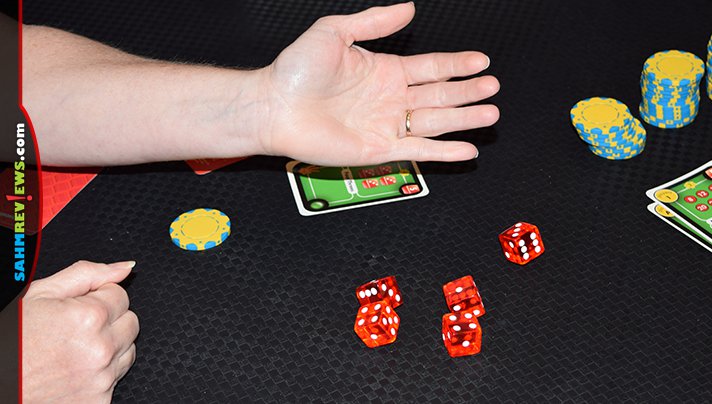 At the start or end of your turn, you may cash in chips to purchase additional actions. One chip gets you an extra roll on the Combo card you’re currently working on. Three chips earns you another full turn. Five chips can force an opponent to draw another card into their hand or swap one from your hand with a random one from an opponent’s. Seven chips lets you trade one of your cards with one from the discard pile and nine chips lets you discard one from your hand without completing it! 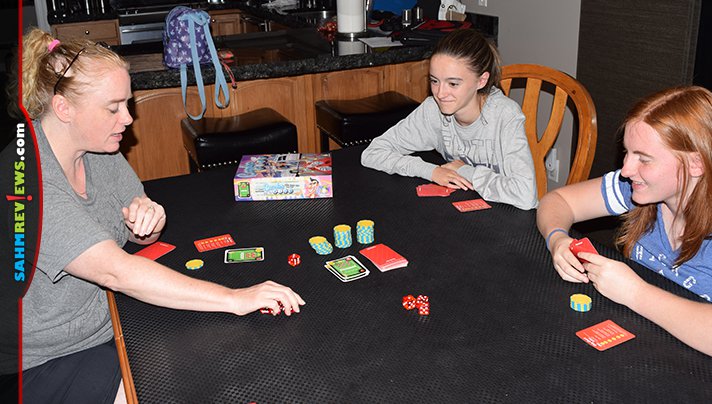 The first player who is out of cards wins Combo King. You can alter the length of the game by dealing out a larger number of cards to each player, but expect a regular game of Combo King to last around 30 minutes. Although it’s out of print and no longer being published, you can find used copies on Amazon or eBay. We found it a LOT of fun and believe it would still be popular in today’s game world!

What is your favorite Gamewright game?