Living close-ish to Chicago, one board game theme we adore are those set in the Windy City in the early part of the 20th century. Games like Godfather: A New Dawn, Godfather: Corleone’s Empire or Goodcritters are instant purchases for us just because of the gangland setting. Other gang-related games we’ve come across just aren’t appropriate for our family since they glorify modern violence and more. We’ll stick to historical games for this subject.

Another game we’ve recently encountered which sports a vintage gang theme is Gangs of Britannia by Gangly Games. Instead of featuring American mobsters like Al Capone or Lucky Luciano, Gangs of Britannia features famous henchmen of Great Britain. Five of the most infamous and notorious gangs are included – The Scuttlers, The Kray Twins, The High Rip Gang The Penny Mobs and The Peaky Blinders! 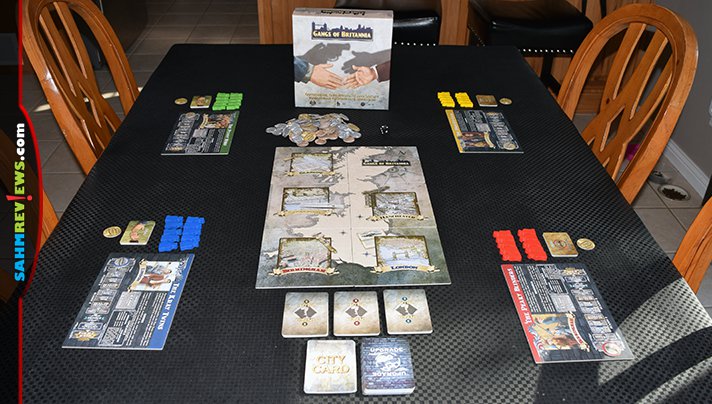 Each player chooses one of the gangs to play as and takes the Player Aid, 10 of the meeple mobs matching their gang, a gang token, five of each of the Deal and Deceive cards and £10,000. One of the mobs begins on your gang’s home city (listed on the Player Aid) and the gang token is placed on the Start section of your Aid. The six map tiles, shuffled City and Intel Cards, coin tokens and Upgrade Cards (these vary by the number of players) are set in the center of the play area within reach of everyone.

Gangs of Britannia is best described as an area-control game with a touch of player interaction. Your goal is to have control of cities during scoring and correctly predict what actions other players will take. The game is played over three identical rounds, each broken down into 12 steps. 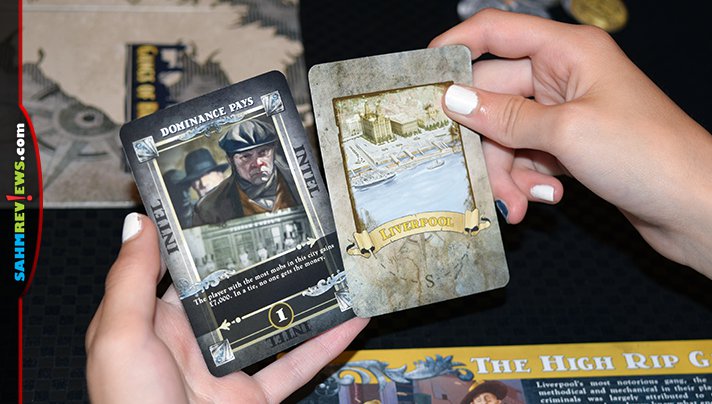 At the start of each round, the player order is determined. For the first round it is determined by the roll of a die (highest goes first). For the other two rounds, the player with the fewest mobs on the board selects who takes the first turn. Play then continues in clockwise order. Each player will then draw an Intel Card and City Card. The Intel card is kept face-down and tells you good or bad information about a city, while the City Card is laid face-up for all to see. This card depicts the city in which your other Intel Card is referring to. 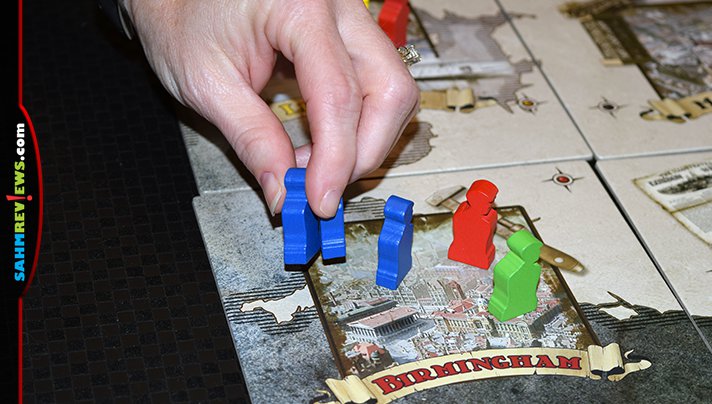 All players then take turns placing one new mob into any city on the board. Next, everyone gets a chance to move one mob from one city to another. Lastly, all players will negotiate and then play either a Deal or Deceive card in each city where they have mobs. These are revealed in clockwise order beginning with Manchester and will result in either money being awarded or mobs being removed from the board. If all players have agreed to Deal (and do), they each receive £3,000. If one player chooses to Deceive, they get to place an additional mob in that city and remove one of their opponent’s! If more than one choose to Deceive, all deceivers lose one mob and anyone left that tried to Deal gets nothing. 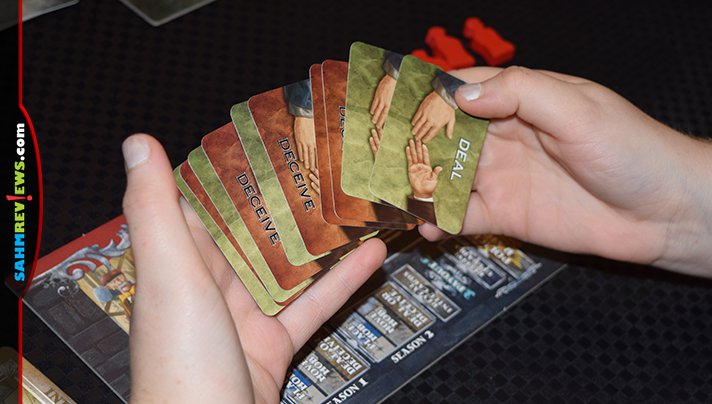 A second mini-round of placing, moving and dealing/deceiving then takes place in the same manner before Intel Cards are revealed. In turn order, all players flip over their Intel Card and resolve its effects immediately. Once they have all been played, gangs will receive payouts. Each mob on the board is worth £1,000 and a bonus of £3,000 is given if you have majority control in your home city. If tied, no one gets any bonuses.

Upgrades may now be purchased (one per round) and an additional one is awarded at no charge for every city that you have majority control in. Finally, at the end of each round, the police raid. Mobs are removed from the city with the highest total number of mobs. Each player in that city loses all of their mobs except one! All cards are then collected and set back up to begin the next round. 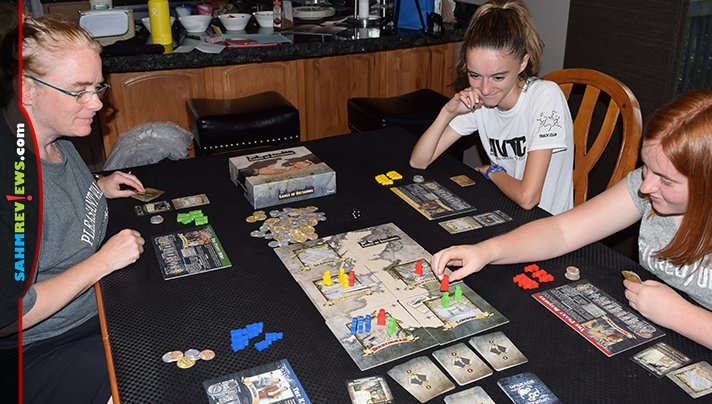 After the third round is completed, one last final bonus is awarded for the number of cities each player has the most mobs in. All players count up the money collected and the person with the highest overall total wins Gangs of Britannia!

If Gangs of Britannia sounds like something that would be a good fit for your family, you can purchase it directly from Gangly Games on their website or order a copy from a UK seller on eBay. If you’re interested in finding out what else they might be working on, be sure to check out their social media feeds (Facebook, Twitter)!

Were you familiar with any of these historical British gangs?