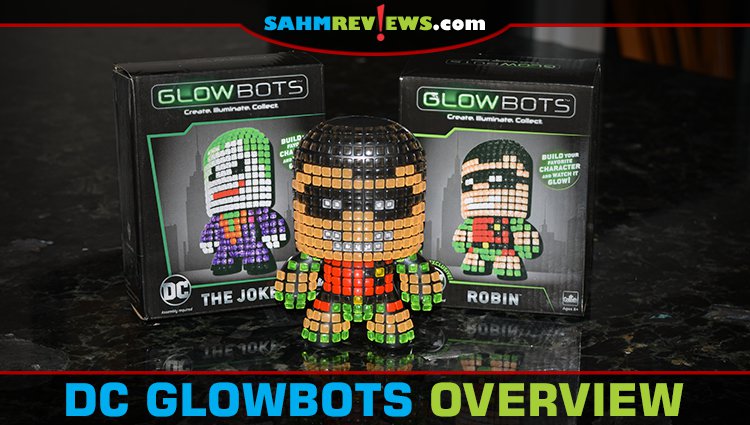 I have a funny anecdote to share about this summer’s trip to Gen Con in Indianapolis. Amongst all the board games making their debut, a few companies also use the event to showcase other products that will appeal to the same crowd. Whether it’s cosplay accessories, limited edition RPG dice or themed clothing, there’s probably a buyer for it in attendance.

When we walked up to Goliath‘s booth, something shiny caught our attention.  They were showcasing their new DC Glowbots, including The Joker, Superman and Wonder Woman! These light-up “toys” reminded us of Lite Brite, a favorite toy of our generation. When we shared this fact with one of the young volunteers manning the booth, she looked at us quizzically and admitted, “I don’t know what a Lite Brite is.” We tried to describe one, but could tell it wasn’t clicking with her. In the end we rolled our eyes and went back to playing with the Glowbots on display. For those of you that are old enough to remember the Lite Brite, we’re sure you’ll recognize the similarities in 3D form.

The first six Glowbots will hit shelves this fall and include Batman, Robin and Harley Quinn in addition to the three previously mentioned. In each single pack box you’ll find a generic plastic mannequin, USB cord and a number of colored plastic pixels unique to each character. 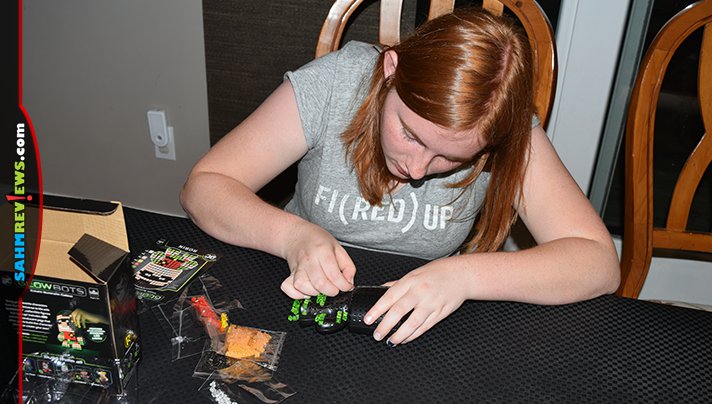 On average, you’ll use nearly 300 of these pegs to create your superhero by following the example in the instructions. Don’t worry about losing a couple – all boxes include nearly 400 pegs! Each pixel is pressed into the mannequin and will allow the light from the internal LED to pass through. 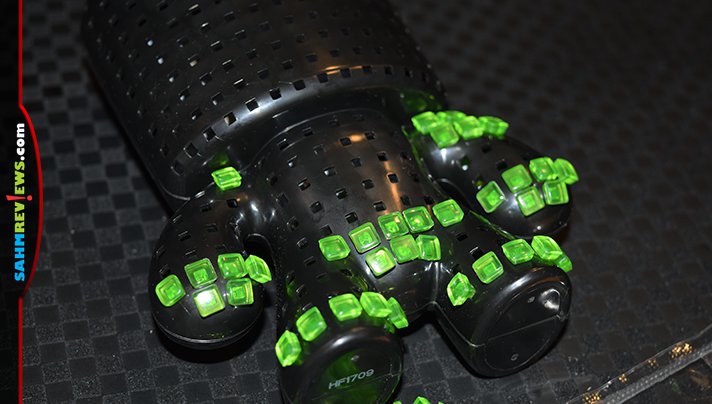 Each figure has three buttons on the back to control the lighting. The center button powers the unit on and off and is also the one used to select a strobe effect. The leftmost button changes the speed of the strobe pattern, while the rightmost changes the lighting to a solid glow. 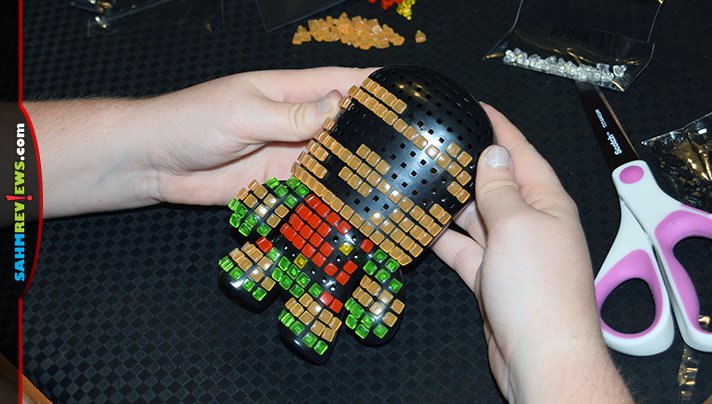 By purchasing different Glowbots, you’ll have a wider variety of colors to choose from to create your own characters or add a personal flair to an existing one. Play around with their expressions by rearranging the pegs or make your own mashup by following patterns from different characters!

Glowbots will hit the shelves this fall and just in time for the holiday season. If you have a DC fan in your household, treat them this Christmas and don’t forget to tell them all about how they are a better version of a toy we grew up with! Pre-order them on Amazon or watch for them on the shelves of most big box retailers! Stay on top of Goliath’s other new offerings by heading over to their website or following them on Facebook or Twitter!

What character would you like to see in Glowbots form?

10 comments on «Are DC Glowbots the New Lite Brite?»