When you work in marketing, it’s not uncommon to receive information in advance of the public. Content, images and details are often embargoed until the client is ready for the release of such information. We were fortunate that Steve Jackson Games allowed us to be the FIRST to share information and images about their upcoming Kitten Adventurers Dungeon Survival Pack and Meeple D6 Dice Set in advance of the reveal at Gen Con 2019.

The opportunity arose during a marketing meeting with Phil Reed at Origins Game Fair as we played a friendly dungeon-themed flip and write game that was illustrated by the same person – Katie Cook! Since I’ve already told you about the survival pack, now it’s time to tell you about the game we were playing at the time, Deadly Doodles. 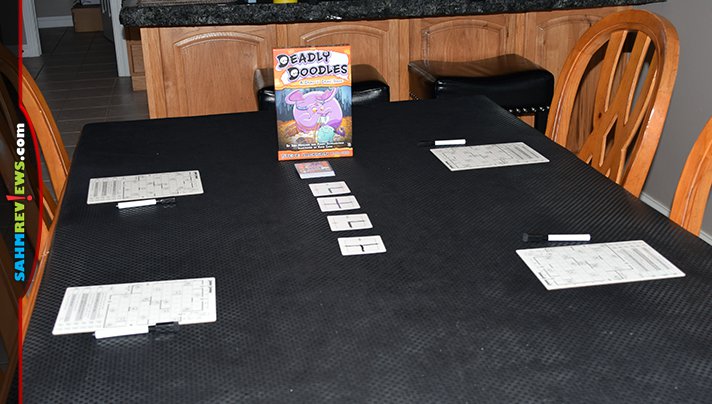 We’ve been talking about flip and write / roll and write games lately and Deadly Doodles is another to add to that list. The goal is to earn the most points by drawing the best path through the dungeon. Like many games in this genre, setup is easy. Gather together up to three other people and hand each a map board and dry erase marker. Shuffle the cards and form a face-down deck in the center of the table. Reveal the top four cards and you’re ready to go with the first of seven rounds. 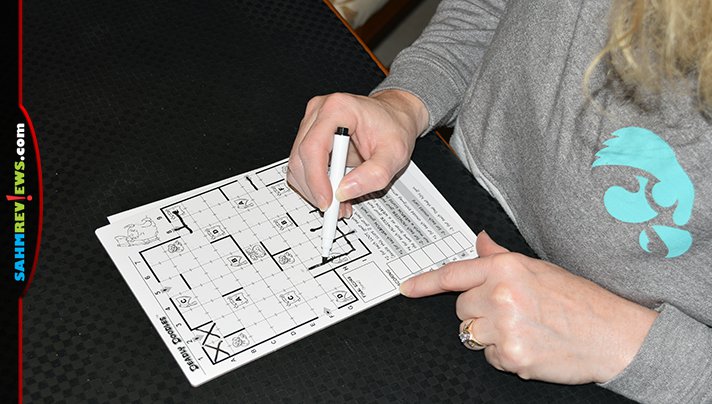 Everyone’s board is identical, displaying a dungeon with six entrances and a grid that represents the rooms within. You’ll see four bags of loot, a dragon, six weapons and six monsters inside. Your path must cross from room to room through the designated passageway (marked with a diamond) and may not pass through walls. In addition, you can only draw one path segment per room. 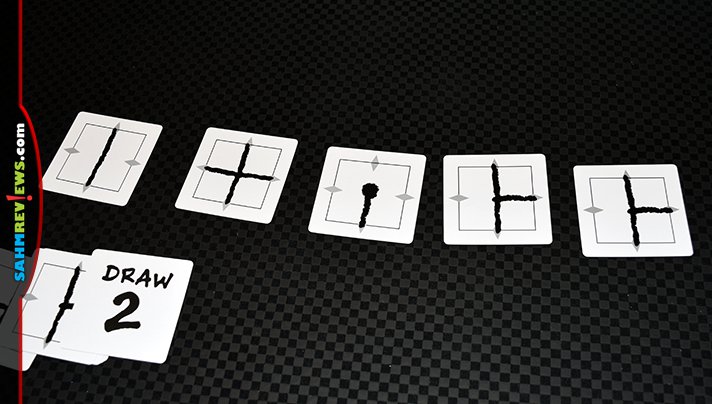 At the start of each round, four cards are revealed. In our Kokoro overview, you’re limited by the single card available, draw it wherever you like and may opt to pass. In Deadly Doodles, your path must either be at an entryway or connect to a previously draw path segment. You’ll be drawing ALL the revealed cards and may do so in whichever order you prefer. In the event the segments don’t align with your available paths and entryways, you’ll skip that card and place a tally mark in the scoring section. Most cards represent path segments, but there are a few special cards such as traps and “Draw 2” cards so be prepared for anything! 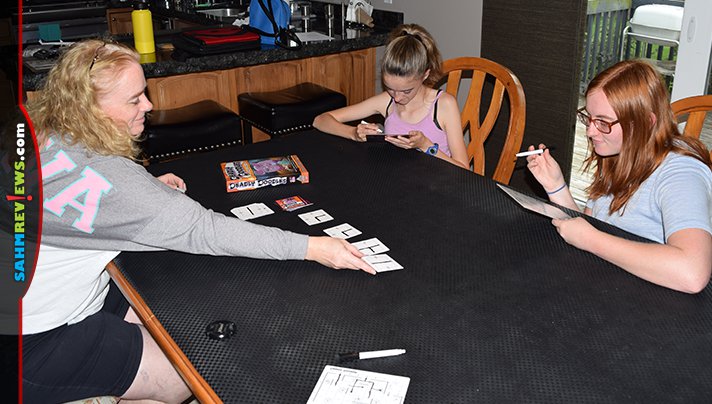 After all players have finished drawing all the required path segments, the cards are moved to the discard pile and four new cards are revealed. The process continues with players secretly adding path segments and traps to their dungeons.

When players have completed the seventh round of drawing, the game ends and scores are calculated. As part of the scoring process, players will take turns revealing the location of any traps they placed. If you’ve drawn a path through the coordinates of another player’s trap, you’ve been hit and must place a tally mark in the trap field of the score section. If another player has a trap in the same space as yours, you’re each hit by your own trap and they are erased from all boards. 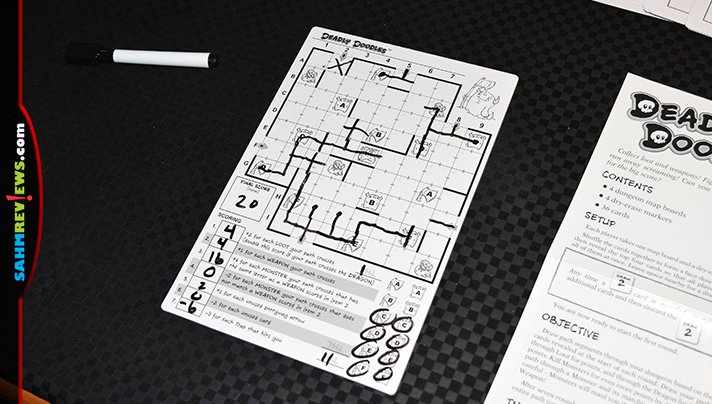 You earn points for successfully collecting loot which may be doubled if you were able to enter the room with the dragon. In addition, you earn points for each weapon you collect. If your paths cross over both a monster and the corresponding weapon then the monster is worth four points. You’ll lose points if you entered a room with the monster and didn’t grab the related weapons, if you’re hit by a trap or if you weren’t able to draw a segment during the drawing phase.

Deadly Doodles is a friendly version of a dungeon crawler and a nice opportunity to introduce younger players to that theme of game. It’s easy to learn and quick to play which makes it a good idea for family bonding during busy schedules. You can pick up a copy of Deadly Doodles on Amazon or direct from Steve Jackson Games. If you’re curious what else they have on the drawing board (like Deadly Doodles 2!), swing by Facebook and Twitter to check out the Steve Jackson Games social channels.

What do you think is the most appealing feature of Deadly Doodles? The theme, art, duration or type of game?