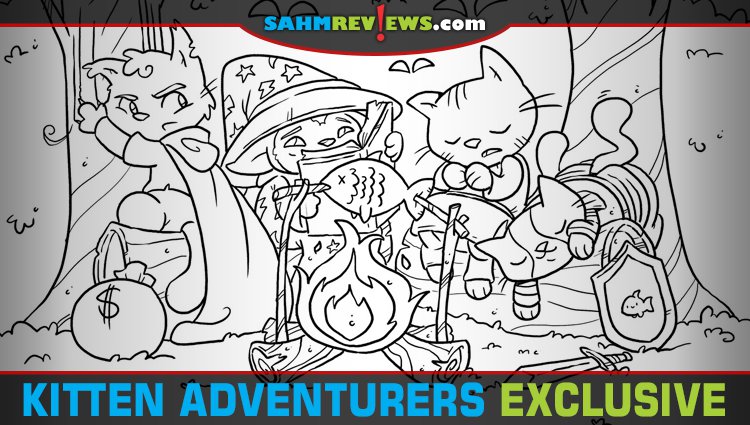 Last year at this time, I had the privilege of an exclusive interview with Steve Jackson where he opened up about the benefits of playing board games, Easter Eggs in pop culture, ways to introduce new players to role playing games and some history behind The Fantasy Trip. His responses were insightful, but also simply made me smile. During a media meeting with Phil Reed, Chief Executive Officer for Steve Jackson Games, at Origins in June, I raved about how much I enjoyed that exclusive. What transpired was another fantastic conversation, this one involving dice. The fact that we store dice in potion bottles. 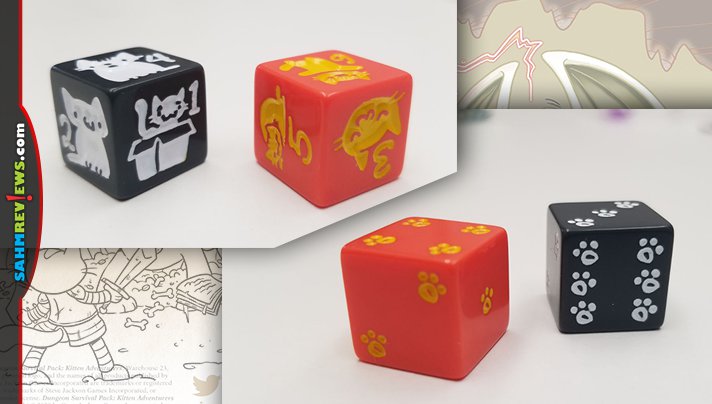 Phil explained that dice are something that he – and Steve Jackson – have always been fascinated by. During that interview at Origins, he showed me some of their test samples along with some upcoming dice releases. While their games often include dice, they wanted to go beyond that and create something dice-based from scratch.  Something that complimented their line, but could also add character to other games. The end result is Kitten Adventurers, a comprehensive kit of supplies to accompany players on their role-playing game endeavors. 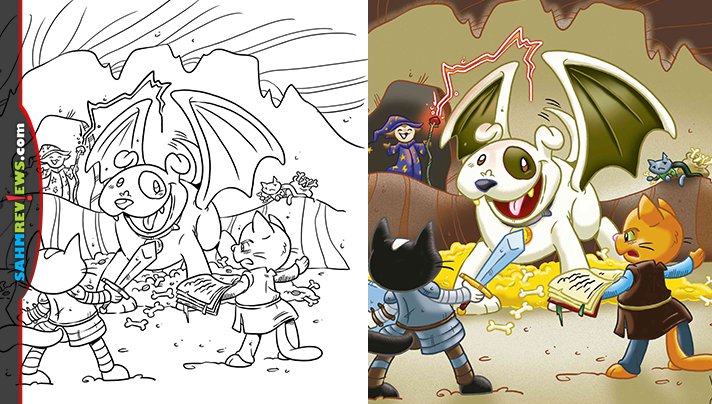 Can you tell us a little about your newest “adventure”?

Phil Reed: When we were looking through our past and current projects, we realized that it would be a blast to work with Katie Cook on a dice set . . . and then we made it even better by adding more to the overall package! Dungeon Survival Pack: Kitten Adventurers is a collection of tools for use with almost any fantasy roleplaying game. We packed a dice bag, three blank journals, and three custom six-sided dice into the set, and all of them are perfect for gamers who would like to bring Katie Cook’s adorable artwork to their next gaming session. 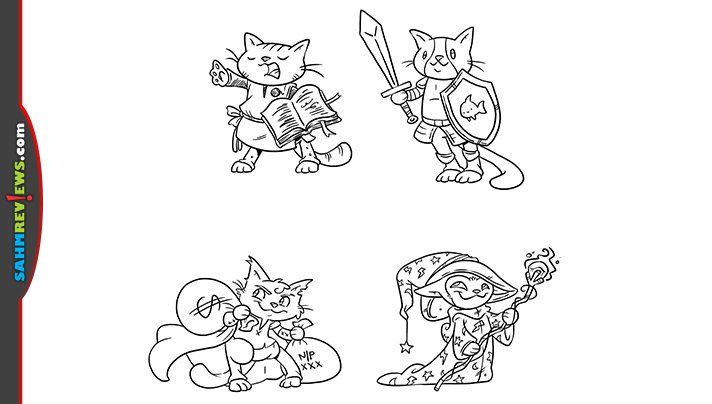 What inspired you to create this kit? What was the inspiration for Kitten Adventurers as opposed to Puppy, Zombie, Turtle or Insert-random-topic-here Adventurers?

PR: Mostly, we just wanted another excuse to work with Katie Cook. And after too many RPG sessions, as well as a lot of hours with cats, we just knew that we wouldn’t be alone in wanting to see Katie’s take on kittens as classic fantasy adventurers. When we approached Katie with the idea, she knew instantly what we had in mind and her first sketches were perfect! We may have to explore Puppy Adventurers in the future. 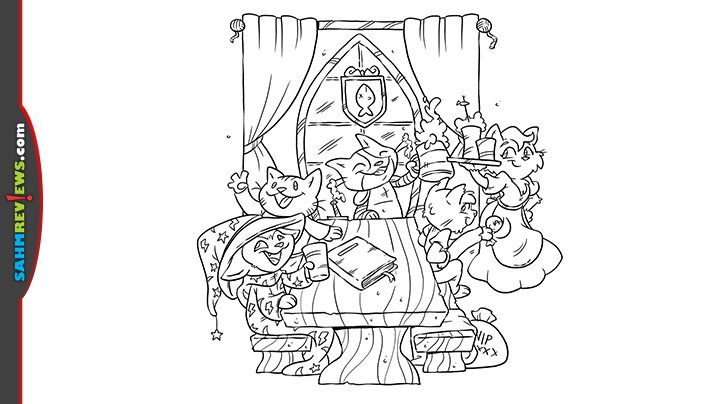 Katie Cook, known for her work in Munchkin Oz, Garbage Pail Kids cards, Marvel, Star Wars children’s books for Disney Lucasfilm and more and much more, is the artist who brings Kitten Adventurers to life on paper. How has Katie Cook been involved in the process?

PR: We gave Katie rough concepts, as well as art notes for the three journals, and then she took it from there. For the dice, our team worked from Katie’s Munchkin Kittens artwork to design the custom dice that are included in the set; this gave Katie the time to focus on the journals and character designs as our office crew worked through the technical requirements of making the dice. 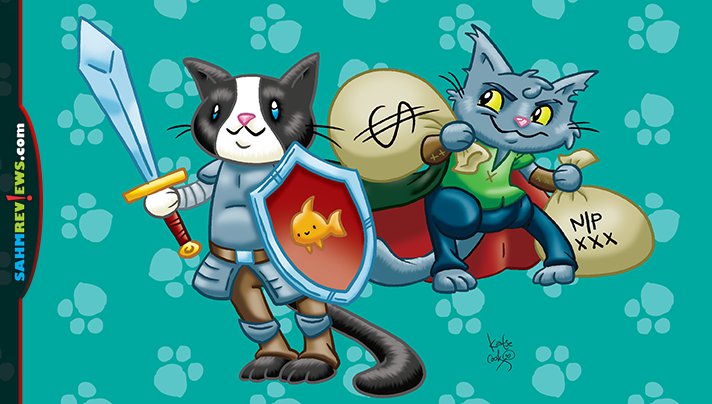 We love getting scoop and hearing what is happening behind-the-scenes. Tell us a little about the process of deciding on the type of dice – and other components – that you opted to include in the kit.

PR: Mostly, we wanted to offer up some fun tools that we knew would be useful for almost any game system. We considered a full polyhedral dice set, but that was going to push the final price way too high. The three dice we included — one featuring Katie’s art and the other two kitten paw prints — are useful with many, many games. The dice bag was a must — who can resist Katie’s kitten adventurers on a satin-lined dice bag? — and the three journals were added both to give us a canvas for more of Katie’s artwork as well as the fact that we like office supplies. And we suspect that we are not alone. 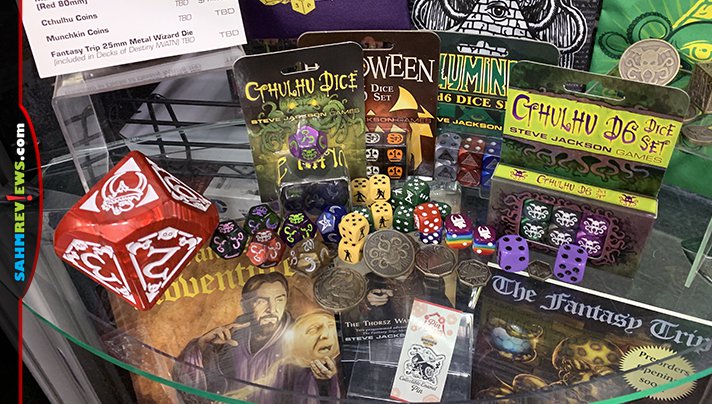 PR: The Kitten Adventurers project is part of a much larger initiative at Steve Jackson Games as we work on making more and more dice. We have made tens of millions of custom dice over the years, and now we’ve decided that it is time to expand from making dice for our games, as well as dice games, and start sharing dice designs with the world. So far this year we have shipped Bullet Dice, the Cthulhu D6 Dice Set, and the Illuminati D6 Dice Set to stores. Still to come in 2019: The Halloween D6 Dice Set and Army Men D6 Dice Set. 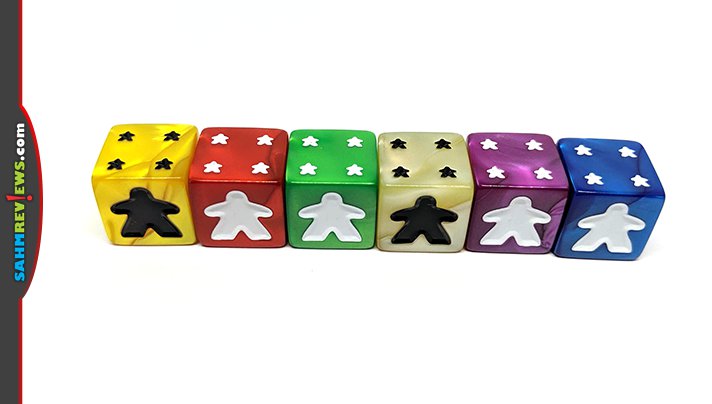 PR: In 2020, we start the year with the Kitten Adventurers project as well as our upcoming (and revealed now!) Meeple D6 Dice Set. And many, many more dice will follow; we’ll post pics of our Gen Con display case on Twitter and Facebook for everyone who wants to see our new dice designs.

Who is Kitten Adventurers targeted toward? I know it’s designed as an RPG accessory, but who can resist a good journal and dice?

PR: It is definitely for those of us (guilty!) who enjoy recording game notes, want more dice, and have the need to bring a little silliness and joy into even the darkest of fantasy RPGs. 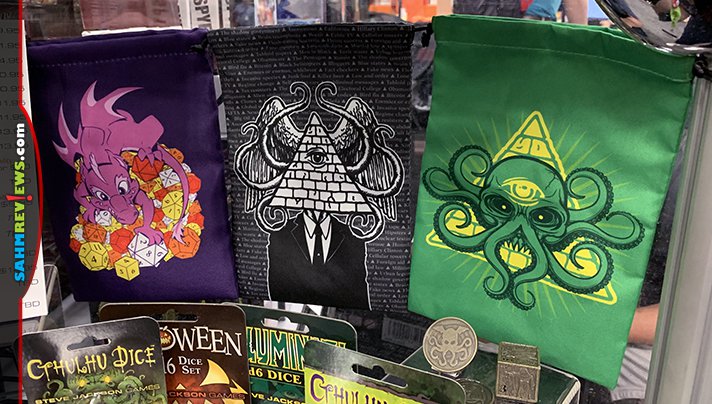 Is this a one-time project with limited availability? Will other versions be available in the future?

PR: We aren’t sure. We have some other fantasy RPG accessories in the works — new dice bag releases this fall, including one featuring dragon artwork by Lar DeSouza — as well as dice sets in the spring, but this is the only Dungeon Survival Pack currently on our schedule. We would like to make more, but we have to both verify that we’re not the only ones who like dice, dice bags, and journals, and we then need to decide on a great companion (puppies!) to this set.

Where will fans be able to purchase a Kitten Adventurers kit?

PR: Dungeon Survival Pack: Kitten Adventurers is set for release to stores in January of 2020. For those gamers who want even more of the Katie Cook kitten dice, we’re shipping the Kitten D6 Dice Set (with twelve dice in four different colors (all of which are different from the colors included in the Kitten Adventurers package). To find even more of our dice, dice bags, and dice games, we suggest visiting dice.sjgames.com for the current listing of available and upcoming titles.
While dungeons and dragons (and all the geeky things they’ve talked about on The Big Bang Theory) can be intimidating, kittens are far from that. Considering how crazy people go over cat games, this friendly and familiar theme might be what it takes to introduce new players to the world of role playing games.
We’re very excited to see the games releasing at Gen Con as well as what other cool stuff Steve Jackson Games has in their display cases at the convention. Don’t fret if you can’t make it. Follow along with the excitement on social media. Steve Jackson Games will be rolling out the welcome mat on Facebook and Twitter. Order from their their wide catalog of products available on Amazon and you’ll be able to play in just a couple of days!
What piece of the Kitten Adventurers saga are you most excited about?