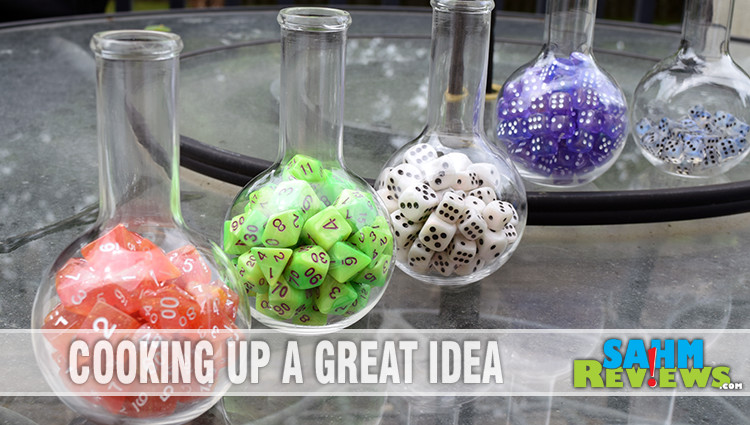 A New Way to Display Your Dice Collection

Before we get started, no judgements please, my youngest daughter and I have started a dice collection. We began picking up interesting ones whenever we would find them in the bottom of the bins at Goodwill Outlets. Most of them are leftovers from Yahtzee, Monopoly and more. Sometimes they would be custom to the game, but cool enough to warrant paying the few cents they cost when weighing our purchases. 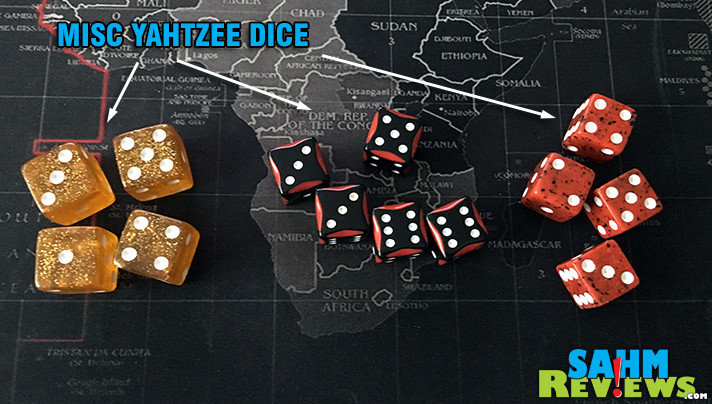 Next came the games that were primarily dice like Tenzi or Knot Dice. I mean, who could resist Celtic-themed oversized dice or the myriad of colors available from Tenzi? It didn’t take long until our visits to our local game store were to look at new dice sets instead of board games. Not only are there beautiful sets available, each store usually has a fish bowl of random dice to sort through at a per-piece price. 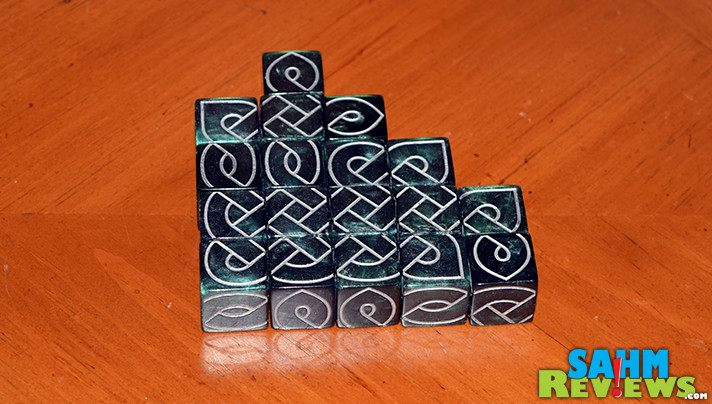 When we began going to Gen Con annually, it didn’t take long for us to discover the four Chessex booths and their discount bin. We’ve purchased a few dozen of their off-color sets for only $3 or $4 each and make sure it is one of the first booths we hit each time. And then last year both of our daughters decided to start selling dice to their gaming friends and on eBay as a fundraiser to raise money for their band’s Disney World trip! Much more fun and lucrative than going door-to-door hawking meat and cheese (the official band fundraiser)! Before we knew it, our personal dice collection had grown into the thousands!

Now we have a dilemma. All of these gorgeous sets of dice, but no real way to display them! Right now they take up space in a drawer or dice bag, only seeing the light of day when pulled out to admire or use. Then we came upon a brilliant solution after seeing our weekly ad for Michael’s craft store! They were just putting out their Halloween decorations when we spotted a number of different sized laboratory beakers and flasks, including one shaped like a mana potion (technical term – boiling flask or Florence flask). 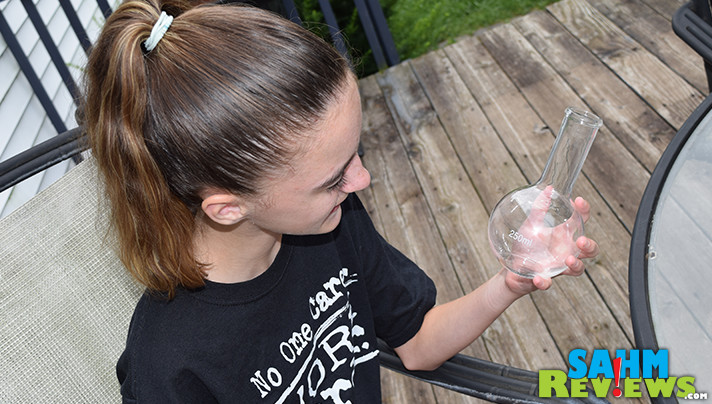 Using our coupon, we were able to pick up a half dozen or so for under $5 each and immediately began sorting our extra dice into colors. We selected ones that would display best in the clear beakers and are now ready to set them out to display! Each flask holds three full Chessex cubes of dice or 6 or 7 full polyhedral sets from most manufacturers. 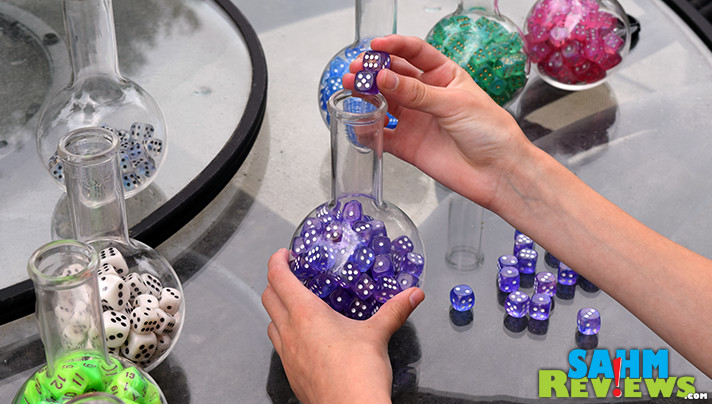 From a distance they appear to be various colored potions, but up close you can clearly see what they contain. It is the perfect solution for displaying part of our dice collection and keeps with the overall geeky theme. We’ll be watching for more Michael’s coupons and comparing pricing with buying actual lab-certified flasks in bulk. And we’ll probably experiment with the other shapes and sizes offered by Michael’s, from 250ml to a full 1000ml (one liter)! If we don’t fill them all up it is just another reason to buy some more dice!

What have you used to decorate that is other than its intended use?

21 comments on «A New Way to Display Your Dice Collection»