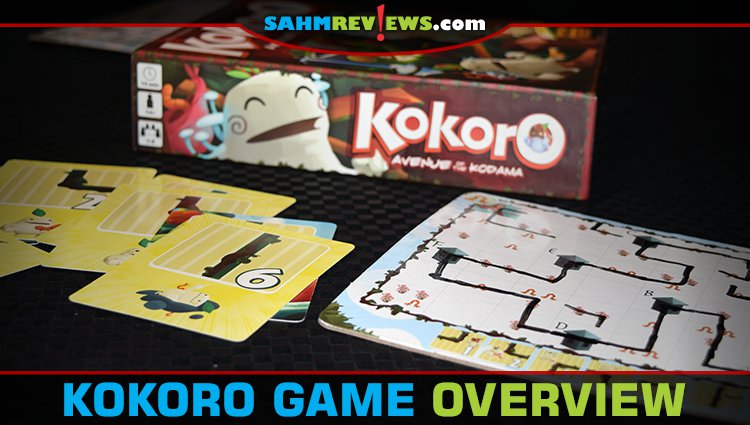 We’ve recently been telling you a lot about polyomino games, one of the current trends in the tabletop industry. It’s not uncommon to see similar themes or game styles sweep through the industry. While games utilizing geometric shapes have a stronghold in the industry right now, we’re also seeing another trend with “and write” games gaining ground. If you’re curious what that means, it’s a generic description of Roll and Write and Flip and Write games. Most people are first introduced to Roll and Write games and don’t even know it. Yahtzee, a game a lot of us played as young children, is the most common. But over the past year we’ve watched as games like Welcome To…, Bloom, Second Chance and Patchwork Doodle have become go-to game night options. And there are many more hitting retail shelves as we speak.

One that Scott and I discovered at Geekway was Kokoro from Indie Boards and Cards. We found the theme to be remarkably familiar and it took no time at all to recognize it as a branch from the Kodama tree. While we were busy creating beautiful trees in that game, the paths to the sanctuaries in the enchanted forest were becoming overgrown. In Kokoro, Avenue of the Kodama, you’re working to restore those paths while connecting caterpillars and flowers to sanctuaries and guardians. 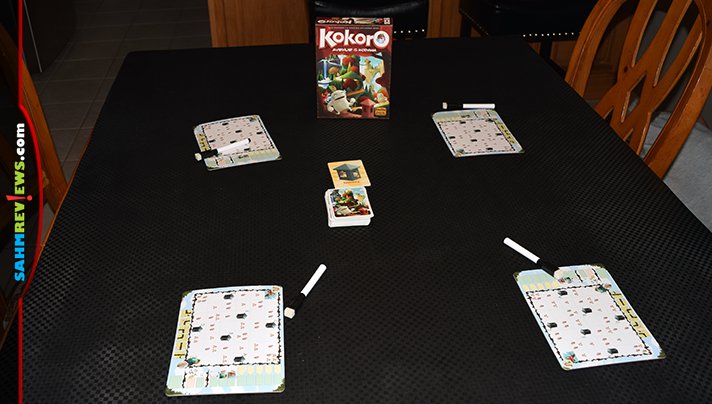 As with most games of this genre, setup is pretty simple. Start by giving each player (up to 8!!!) a play mat and marker. Separately shuffle the two different decks and place them facedown in the center of the table. Cards will be revealed alongside so make sure this designated play area is within view of all players. A person is designated as the Caller who will be in charge of flipping these cards and calling out their values. 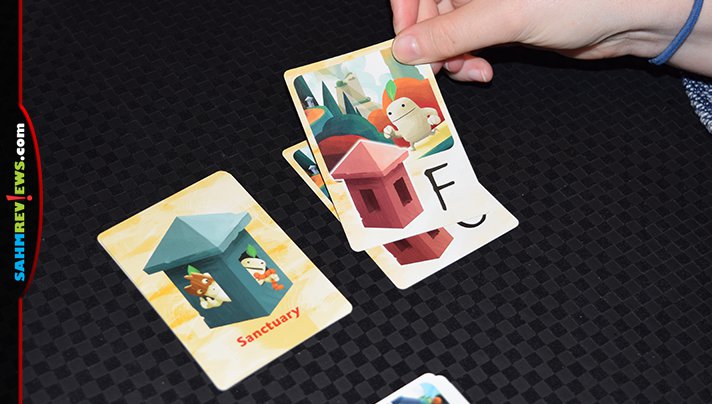 Kokoro takes place over 5 rounds with scoring happening at the end of each. The Caller begins by flipping one sanctuary card to reveal the one that will be scored at the end of the round. All players write this letter in the top white box on the side of their player board. 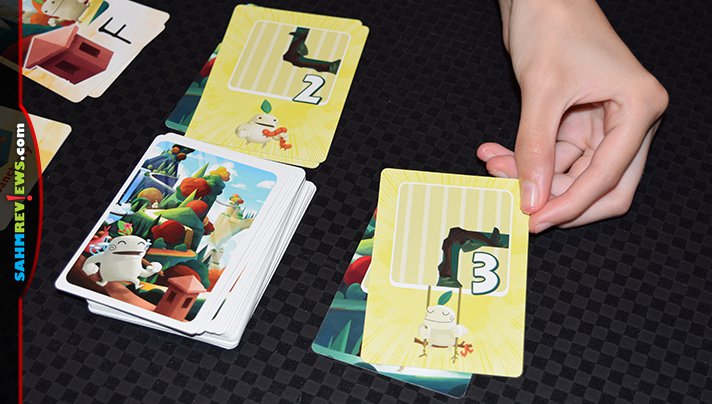 Next, the Caller draws the top card from the path deck and calls out the number. Each card and number represent a particular part of the path. Simultaneously, each player decides if they want to draw that particular segment on their board or peek at the next sanctuary card. When everyone is done, a new path card is drawn. This process continues until the round ends. 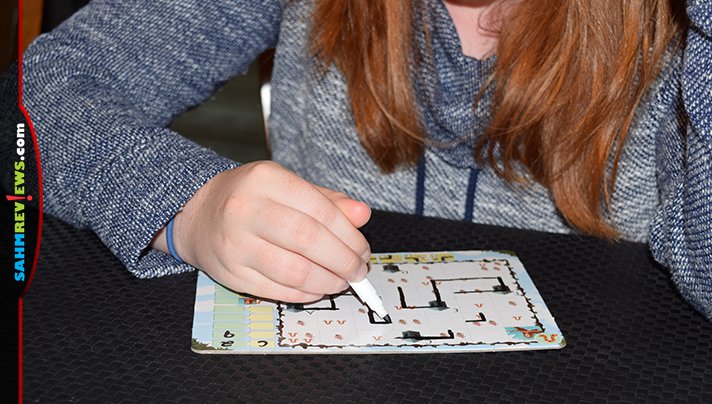 Unlike some of the other roll/flip and write games we’ve told you about, these cannot be flipped or rotated. They need to be drawn exactly as represented on the card. If you choose to draw (as opposed to peek at the next sanctuary), you must select a space that doesn’t already have a path drawn then add it as shown.

In addition to the six different directions of path cards, there are two types: colorful and golden. You’ll continue drawing path cards for the round until the fourth golden path card is revealed. After players complete that card, the round is scored. 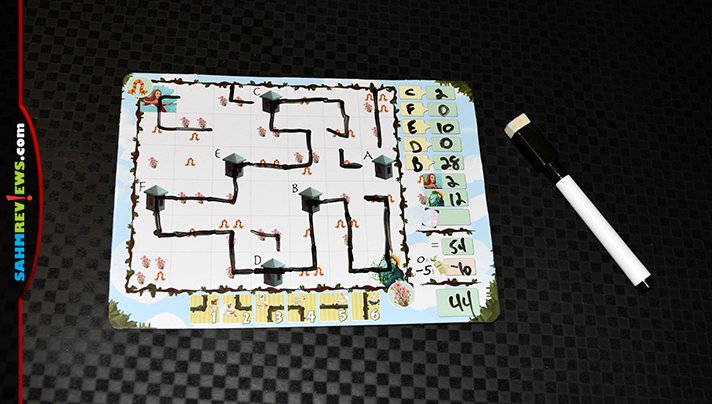 Now, you’ll look at the round’s sanctuary and determine how many caterpillars and flowers are along paths connecting to that sanctuary. It’s important to note that you cannot simply draw a line TO the sanctuary, but you’ll need to connect by drawing a path through it. You’ll write that number on the corresponding spot on your play mat. Now here’s the interesting part. In order to score a sanctuary, you need to score more than the one prior. Failure to do so results in a zero which will translate to -5 at the end of the game. At least the sanctuary following that simply needs to score better than zero… A new round begins and the process continues until five sanctuaries have been scored. After the last round, you’ll add one point for each caterpillar connected to the caterpillar guardian along with one point for each flower connected to the flower guardian. These are subtotaled along with the five sanctuaries then five points are deducted for each sanctuary with a zero. The person with the highest final score wins!

Kokoro is a playful alternative to the serenity enjoyed during Kodama. It’s also a nice change of pace from many of the polyomino-based flip and writes that are available on the market. If you’re ready to draw your own path to success, pick up a copy of Kokoro on Amazon for under $20. Find out what else is lining up at Indie Boards & Cards by visiting them on Twitter and Facebook or visiting their website.

Would you play Kokoro by itself or would you start with Kodama set the stage for the story?