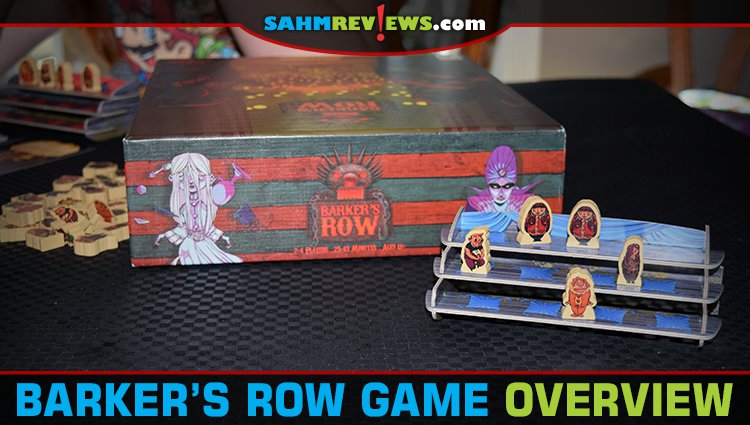 A few years ago there was a huge discussion across the state of Iowa regarding what date schools could start the new year. Many districts were lobbying for early to mid August, but the state was adamant against it. There are a number of factors that play into it, but the primary reason for a late August start date is due to the Iowa State Fair. It doesn’t take a rocket scientist to know that a grand portion of our state is covered by farmland. Farm kids work throughout the year to prepare for the county fair in hopes of advancing to the state fair, generally as part of 4-H. Participants enter arts and crafts projects, woodworking, sewing and photography in addition to showing livestock both large and small. The Iowa State Fair is really a big deal, but honestly, even the county fair is pretty awesome. It’s been several decades since I participated in the program, but I can still recite the 4-H motto and vividly recall many visits to the fair. We had specific times we needed to be for presenting our exhibits, but the rest of the time we were allowed to roam free across the midway.

Ahhh… the midway. With amusement rides, tasty fair food and carnival games, what’s not to love? Maybe my nostalgic feelings are why I was attracted to Barker’s Row by Overworld Games. It’s all about the lives of up to four barkers as they attempt to reel in the most “rubes”. That is, after all, how they make their money. The object of the game is to be the first barker to fill your grandstand with people from the crowd. 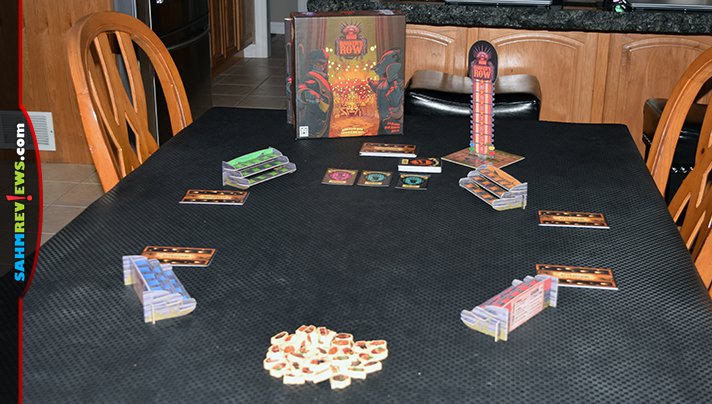 Before you play the first time, you’ll have to assemble the grandstands and the Strongman Tower. They’re super cute and not hard to assemble so don’t worry. That’s about the extent of the work involved with setup. Each player selects their color and places it in front of them. Barker cards are shuffled to form a deck as are the Attraction cards and placed to the side of the play area. Each player is given five Attraction Cards of which they’ll select three to keep. The others are returned to the deck and shuffled. Three face-down Barker cards are placed in a row next to the deck to form the appropriately named “Barker’s Row” with the Strongman Tower on display behind it. The middle of the table is left clear and will be used to form the Midway. The crowd is assembled to the side of the Midway. You’re ready to begin your carny life! 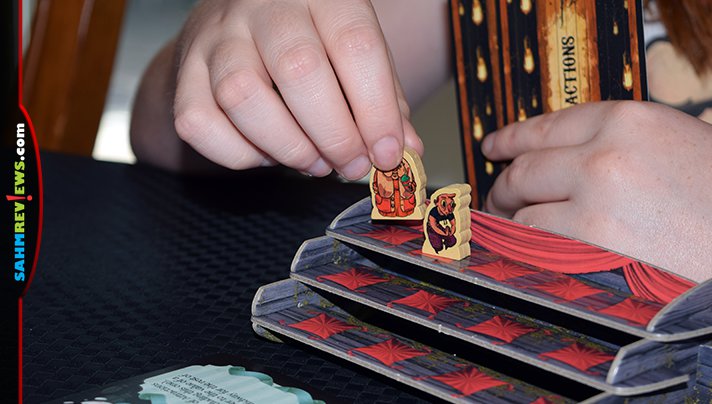 There are two types of cards in the game: Attraction Cards (with requirements for use) and Barker Cards (displaying one of four suits in an array of values). You’ll use Barker Cards to fulfill the requirements of the Attractions in your hand, thus enticing members of the crowd to find a seat on your grandstand. For each completed attraction, you’ll attract two Rubes. 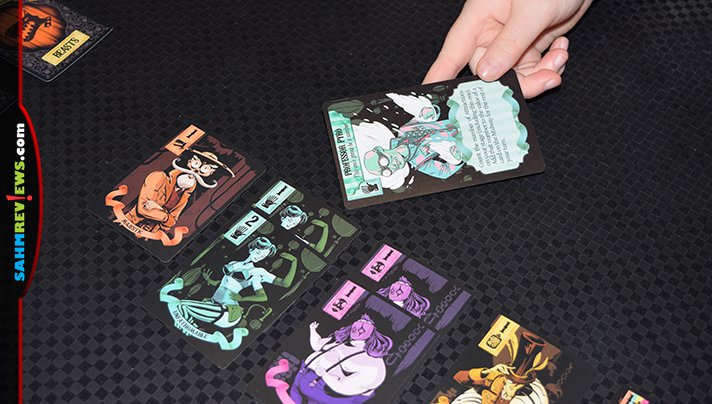 In order to do that, you must match the suits in the Midway to the suits on your Attraction, based on your requirement level as displayed on the Strongman Tower. I’m sure I made that more confusing than it needed to be. It’s not. Trust me. 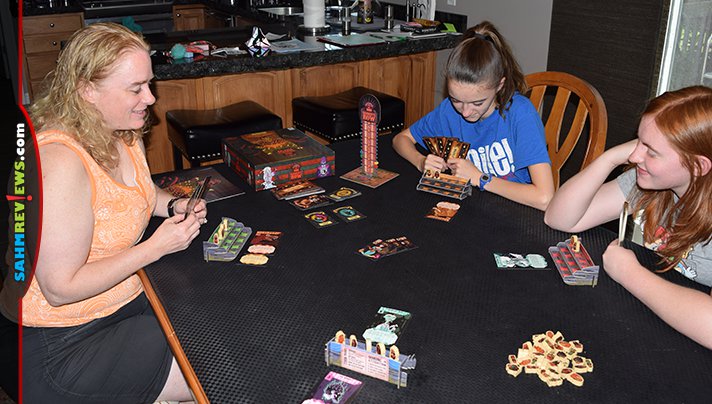 On your turn, you’ll take one mandatory action and have two optional actions to take as many times as you like either before or after that. You’ll select one of the face-down Barker Cards and flip it upright into the Midway. If there is a high enough value either before or after you flip, you may opt to score an attraction. Active attractions are placed face-up in front of your Grandstand. 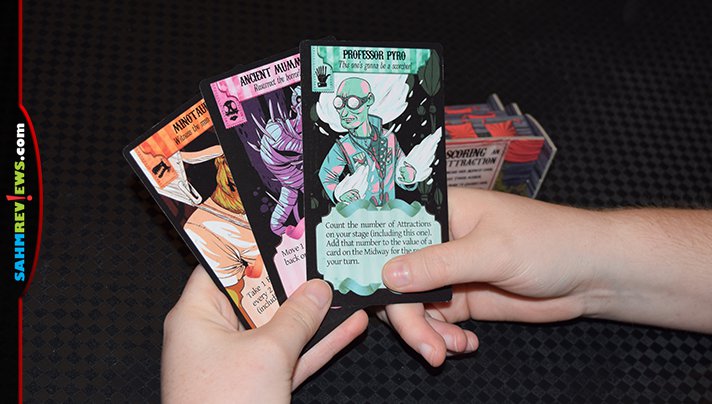 Attractions have powers that will help you further advance your carny endeavors. The second optional action is to use an attraction’s power. Once you’ve done that, you’ll retire the attraction to the area behind your Grandstand to indicate it is no longer available. 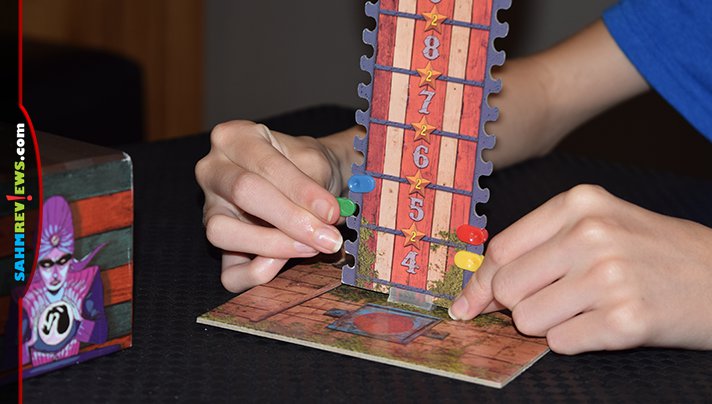 But let’s get back to how you determine how much it costs to score an attraction. Every Barker begins the game with a marker on the “4” spot on the Strongman Tower. In order to score an attraction, you must match at least that many of one suit in the Midway with the same suit on one of your Attraction Cards. Each time you successfully complete an attraction, you’ll add two Rubes to your Grandstand. Then you’ll move your Strongman Tower marker up one spot, thus increasing the requirements for the next one. At that time, you’ll also draw a new Attraction Card so you can continue to work your magic in trying to attract new clientele! The first player to fill their Grandstand wins immediately!

There are a few nuances to the game that help keep the gameplay clean including wild cards and options for discarding Barker or Attraction Cards when they all contain the same suit. These help minimize frustrations and keep the gameplay moving forward for all players. With a relatively short play time coupled with a fun theme, I would classify Barker’s Row as a family game, easily accommodating young players. If you missed the fair (or avoided it to save money) then here’s your opportunity to indulge. Pick up a copy of Barker’s Row on Amazon or direct from Overworld Games then head to Twitter and Facebook to see what else they’re barking about.

What’s your favorite thing to see or do at the fair?