Last month I got on my soapbox while talking about all the trash in the ocean and orbiting around our planet. Astro Trash had a unique (and plausible) solution to the problem for all that space debris – fling it into the Sun! It’s a temporary solution for a long-term problem. Unless we figure out how to recycle or reuse all of the things our cities produce, we’ll probably never rid ourselves completely of all this refuse.

Looking forward to where humanity is going, we hope to someday establish bases on the moon, Mars and farther. In order to accomplish this, we’ll need to construct manufacturing facilities on each rock. They’ll also need supporting industries to feed and house the humans that will eventually migrate there. With all this industrial activity, there is no doubt the junk problem will continue in outer space. What to do with it all?

A new game by Renegade Game Studios, Junk Orbit, proposes an idea that just might work. On each of our colonized worlds, cities are built that can recycle or reuse specific items left over from other cites on the same or nearby satellites. And they’ll use astrodynamics to not only deliver the junk to the right place, the force needed to propel the trash will also power the ships that carry them! 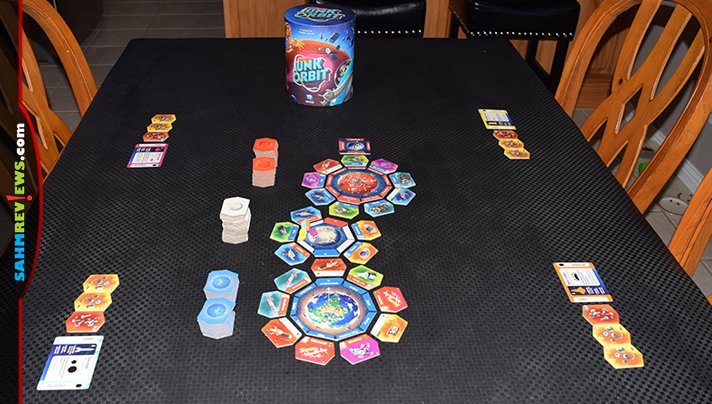 In Junk Orbit, you and up to four other ship captains will be trying to deliver junk from cities on either the Earth, the moon or Mars to the corresponding city that wishes to collect it. Each player receives a Ship card and token of a matching color along with three starting Junk tiles in their cargo area (to the left of their Ship card). The Earth, moon and Mars (and Phobos and Deimos, two of Mars’ moons, depending upon the number of players) are set in the middle of the play area and randomly populated with color-coded Junk tiles in each city. Everyone begins the game with their ship in Keplar (on our moon)! 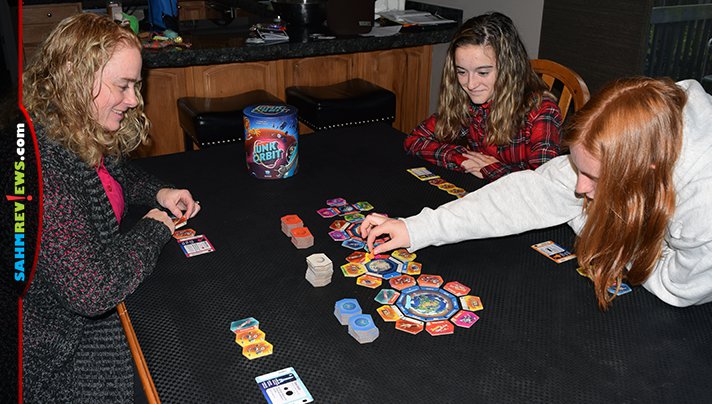 On a turn you will do three things. First you will launch junk from your ship. Take one Junk tile from your cargo and send it flying either clockwise or counter-clockwise from the position of your ship. It will move the number of spaces (cities) equal to the number printed on the tile. It continues around the planet or moon until landing on top of a city. If it passes one of the cities that is “connected” to the next celestial body, you may choose to have it continue its path through a new orbit. 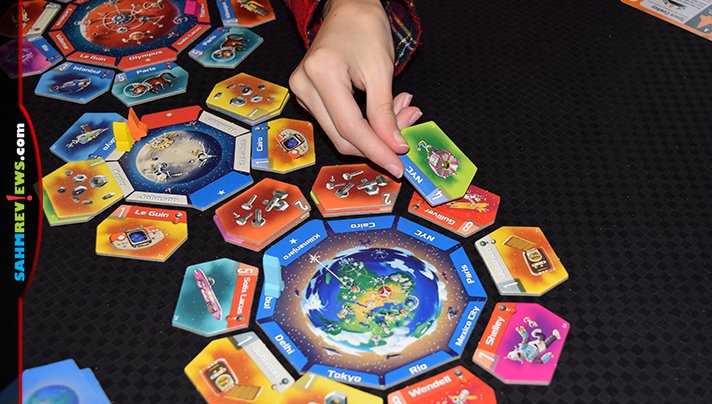 When the junk lands, if there are no other ships in the same city, nothing happens. However, if there are one or more present, they are hit by the junk and must jettison a piece of cargo from their ship directly into that same city. If they don’t have any cargo, they lose one they have already delivered! Additionally, if the city in which the junk lands matches the city listed on the Junk tile, it is considered delivered! Take that tile back and place it to the right of your Ship card, face down. 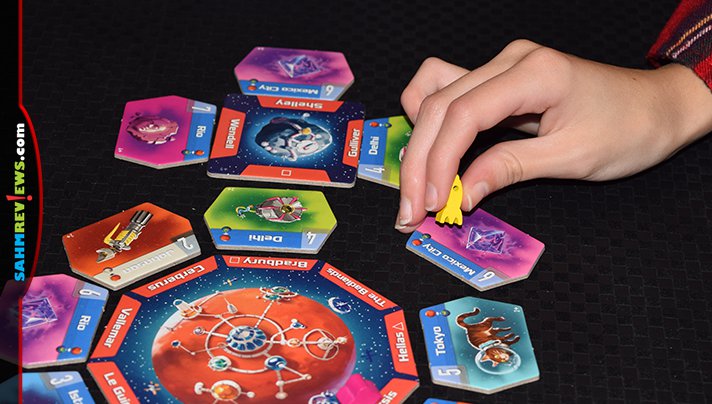 Next you’ll move your ship equal to the number of spaces the junk flew (astrodynamics in play), but in the opposite direction. Again, you can change orbits when flying over cities closest to the next planet or moon. If your ship stops at a destination matching any of the Junk tiles in your cargo, those may also be directly delivered and placed next to your Ship card. 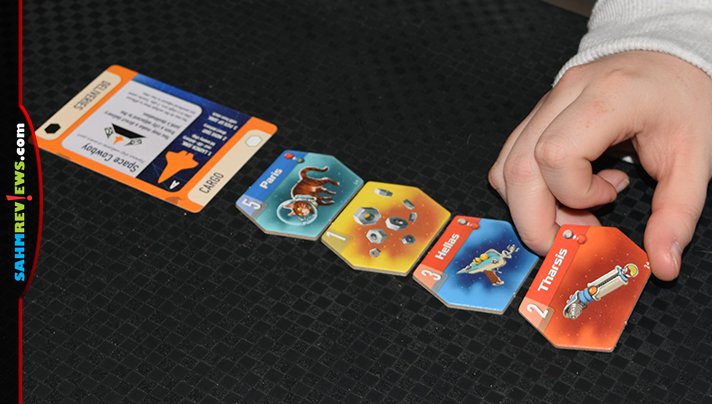 Lastly, you’ll pick up all Junk tiles in the city you landed at and place them into your cargo (drawing a new tile from the stack for that area and putting it in the city). There is no limit to how much cargo you can carry, but not all junk is destined to be recycled. Small-movement tiles don’t have a city associated with them and can never be delivered. They aren’t irrelevant as they are the best way to fly short distances. 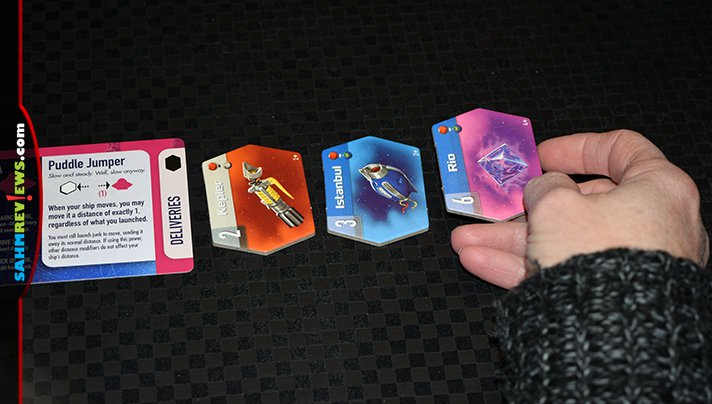 A game of Junk Orbit ends when you cannot refill a city because the stack of tiles for that area is depleted. Each other player takes one more turn before final scores are calculated. Everyone turns over all their delivered tiles and adds up the numbers on them. These were not only the distance they flew – the same number is the amount of victory points the tile is worth! The player with the highest total wins Junk Orbit! If tied, the person with the most tiles delivered is the winner!

Advanced options gives Junk Orbit additional replayability. You can use the “B” side of the Ship cards to give each pilot unique abilities. These include picking up any junk that hits you or becoming a pirate and hitting other ships in the city in which you land! Each location board (moon, Earth, Mars) also has a Night side that award bonus points for completing specified tasks. Delivering to multiple cities on Mars will earn additional points as will delivering tiles that being on Earth to the moon.

Rated for ages 10+, you can expect a full game to last 30-40 minutes. You can find Junk Orbit at your favorite local game store, direct from Renegade Game Studios in their webstore or on Amazon. If you’re following them on Facebook or Twitter, you already know about their latest project – a game based on Saban’s Power Rangers! If you’re not, you’re missing out!

Which planet or moon would you like to live on?