We’ve found so many great games at yard sales and thrift stores this summer that we decided to show you more than the typical one per week! For the next 10 days we’ll introduce you to a Thrift Treasure that you’ve probably never seen or heard of before. For our sixth feature, we bring you Left Center Right by Spin Master.

Left Center Right (LCR) is also known as Left Right Center, Right Left Center, etc. depending upon the game issuer or part of the world you’re in. Still a popular gambling game in other countries, Spin Master is one of the companies to capitalize on the fad and make a family-friendly version that any age can play. 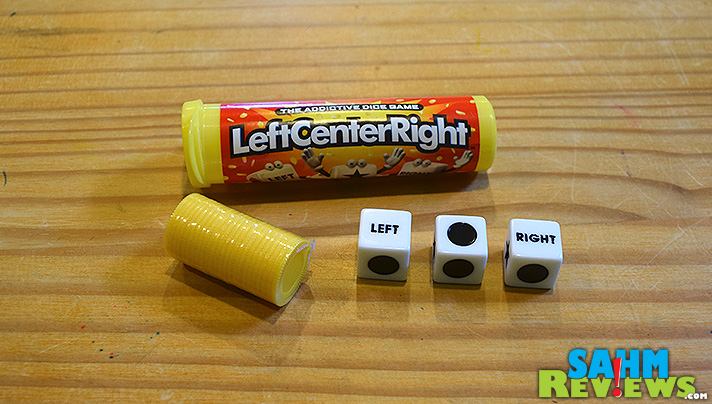 Tokens and three custom dice are all you’ll find in this simple and quick dice game. Each player starts with three chips (or quarters, or dollar bills…you get the idea). You roll three dice (or less if you have fewer chips) and follow the instructions to distribute your tokens. Roll “left’ and pass a chip to the person on the left of you. “Right” and the person on the right gets it. “Center”, or in this case a star symbol, and the chip goes into a center pot for the eventual winner. 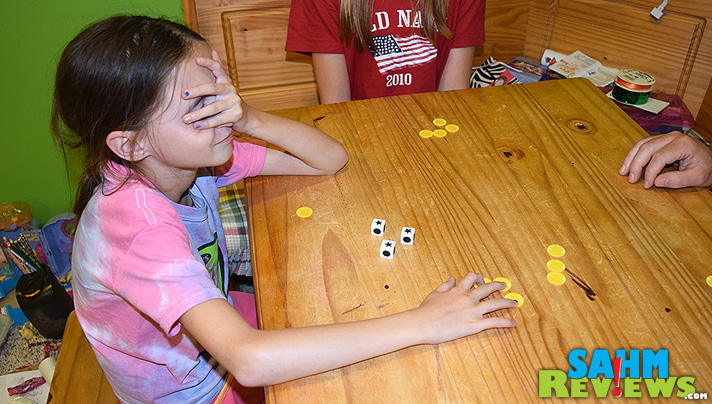 If you run out of chips, you’re not out of the game! While you can’t roll, you can be the recipient of someone else’s chips which gets you back into play. In fact, on our very first game the eventual winner was someone who had to sit out a few rounds until they were awarded a couple tokens to roll with. 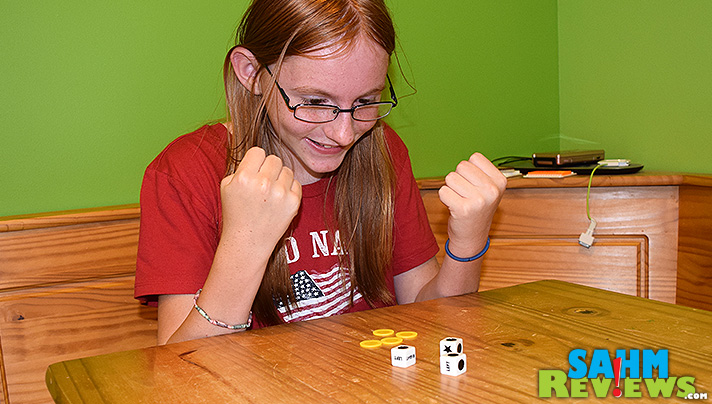 The other three sides of the die are circles. These are what you want to roll – they mean you keep the token that round!

Left Center Right has been issued by a number of companies over the years and is regularly available on eBay and Amazon for around $6-$8 shipped! It doesn’t appear that Spin Master offers it any longer, but be sure to check out their other popular games. The Perplexus line is one of our favorites!