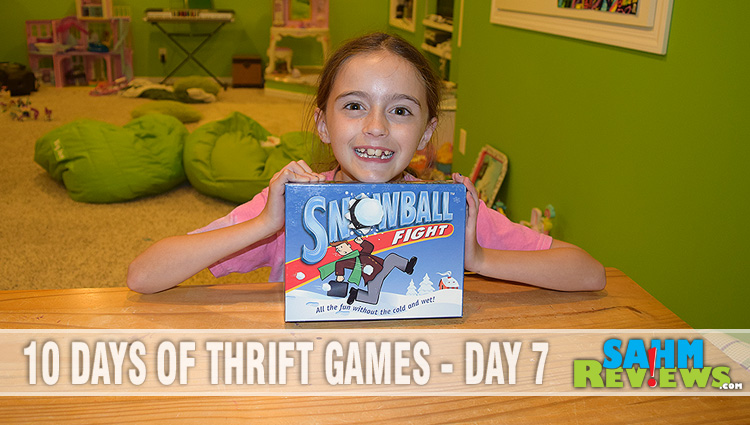 We’ve found so many great games at yard sales and thrift stores this summer that we decided to show you more than the typical one per week! For the next 10 days we’ll introduce you to a Thrift Treasure that you’ve probably never seen or heard of before. For our seventh feature, we bring you Snowball Fight by S&S Innovations.

I don’t know about you, but I couldn’t wait for Winter to end. This year was particularly harsh for those of us that don’t speak with a drawl. About the only good thing about having extra snow was the massive snowball fights that could be had at the drop of a hat. Now that Summer has finally arrived we have to wait to be able to enjoy an iceball to the face. Or do we?! Today’s thrift find is another limited distribution game from a small distributor in West Des Moines, Iowa, uncreatively named “Snowball Fight”. 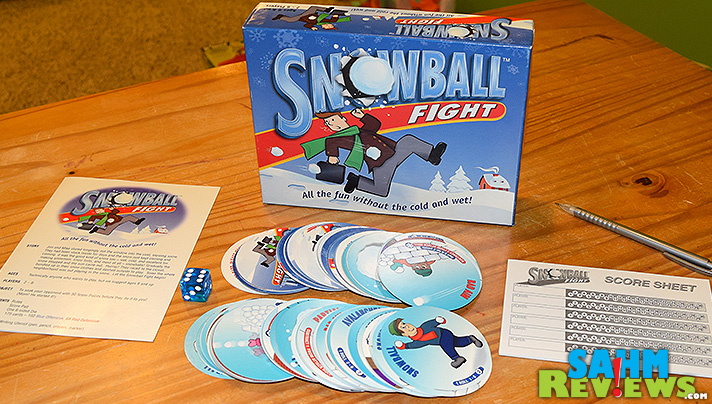 We probably would have never found this game hadn’t we stopped by a Goodwill Outlet in Des Moines after a track meet. This is the place that games go when no one buys them at the retail store and are sold by the pound. Snowball Fight probably ran us around 50 cents, but fortunately not only was it complete, the shrink wrap was still on the cards!

Snowball Fight is a modified game of War played with a custom deck of cards that represent offensive and defensive actions. You hold six cards in your hand and try to “hit” other players with your virtual snowball by playing a blue (offensive) card. 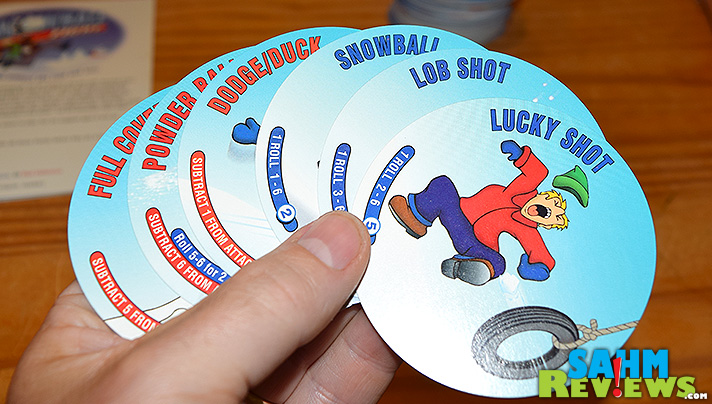 You announce your intended target (another player) and they have the opportunity to play a defensive action to reduce your chances of hitting them. A roll of the included die determines your success or failure. Hit and add points to your opponents tally. Miss and move on to the next player.

After a bit of play, I found myself being targeted by all of the other players since I was in the lead. At first I considered it unfair to gang up on one person, then I realized that is exactly what happens in a real snowball fight. Usually one person has a better aim, and everyone who has been subject to his throws rally together to take him down. I guess it was fair play after all! 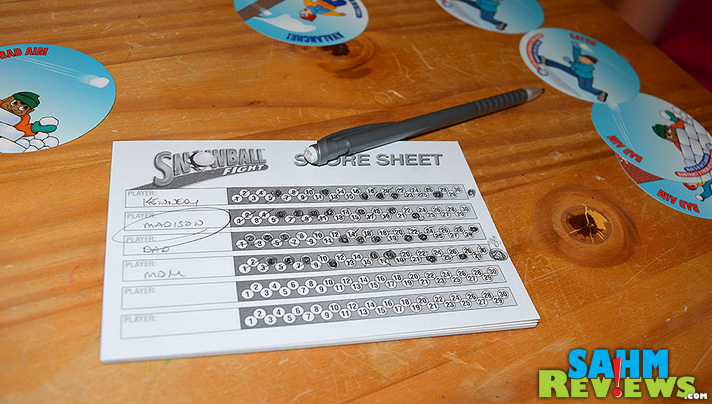 Any time a player totals 30 or more points, they are eliminated. Play continues until only one person if left standing. Some strategy is necessary due to the different types of attacks and defenses, and would be a great introduction for younger players with an interest in strategy war games.

We found a few copies for sale on eBay with varying prices, but Snowball Fight appears to be no longer made. Fortunately those on eBay appear to be in great condition, but I’d pass on any listed above $10 as you can probably find them cheaper if you’re willing to wait it out. Or just wait until December and have a real snowball fight of your own!