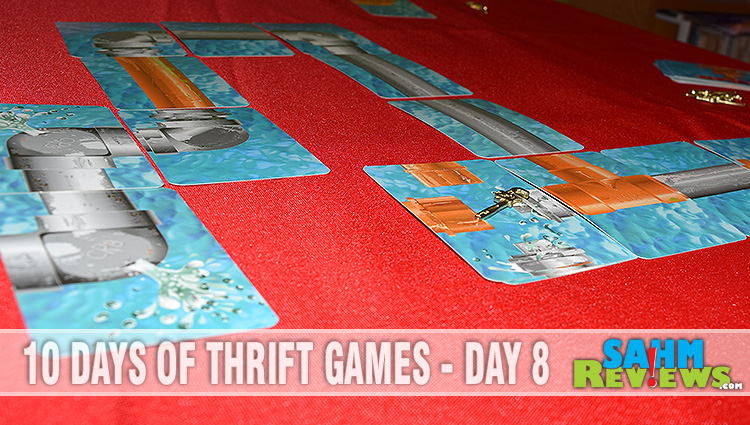 We’ve found so many great games at yard sales and thrift stores this summer that we decided to show you more than the typical one per week! For the next 10 days we’ll introduce you to a Thrift Treasure that you’ve probably never seen or heard of before. For our eighth feature, we bring you Classic Waterworks by Winning Moves.

Today’s game is one I remember playing as a child and am happy to still see it around. Waterworks was originally created by Parker Brothers in 1972, but today you will find it under the moniker “Classic Waterworks” and reissued by one of our favorite game makers, Winning Moves. 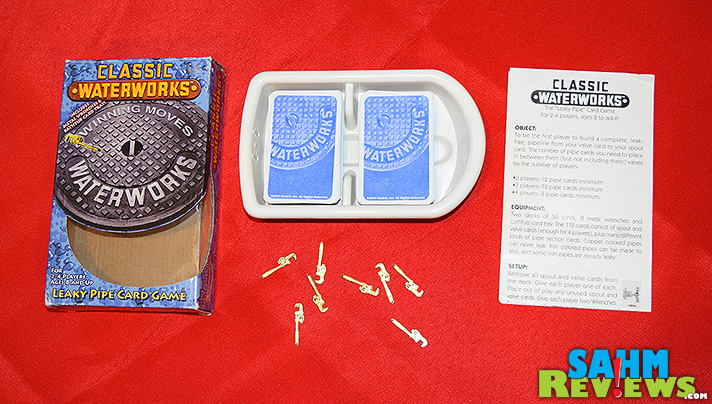 The instructions are the same today as I remember them back in the late 70’s – players begin with a hand of five pipe cards and two wrenches. Cards used in play are lead pipe cards, copper pipe cards (invulnerable to leaks), and lead pipe cards that are already leaky. A valve card is placed on the table to begin a player’s pipeline. The spout card is set aside until it is used by a player who has completed their pipeline, but only after constructing a preset number of pipe segments. 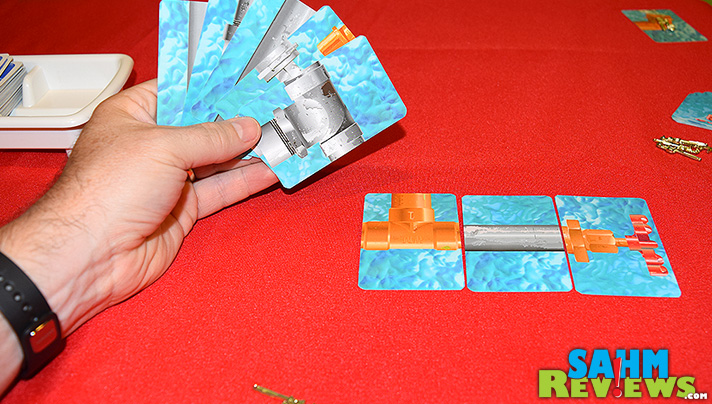 A number of different pipe shapes (L-bends, T-pipes, straight, etc.) are represented in the game. Leaky pipes can only be added to the end or over the last piece of another player’s pipeline, and players cannot add to their pipeline until leaks are repaired. Leaks are repaired by either placing an intact pipe of the same shape over the leak or placing a wrench on the leak card. Repaired pipes cannot leak again. Play proceeds clockwise and new cards are drawn after cards are played. Players always have the option of exchanging a single card rather than playing a card.

The number of segments needed to complete your pipe is determined by the number of players in the game (the more players, the fewer sections needed). For our two-player session, we each needed twelve segments in the main line, not counting the valve and the spout, to complete our pipe. 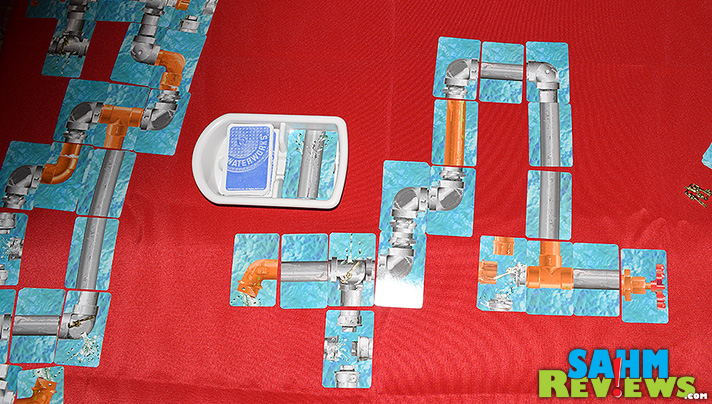 A bit of pre-planning is necessary since the spout can only face one direction (to your left, facing down). If you lay your pipe construction in the wrong direction, it will take you many more cards than necessary to get it back in the right direction. Once a pipe is laid, there is no “undo” and you must keep building upon it. One of the rules is you cannot go off the edge of the table, so make sure you start with plenty of room in all directions! This is what your opponents look like when they forget to plan: 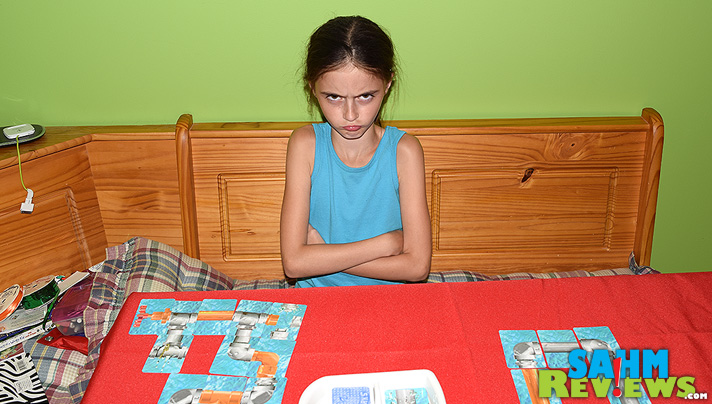 Waterworks was a staple for me growing up in the pre-videogame era, and there is no reason Classic Waterworks can’t bring the same enjoyment to your kids that it did to us 40 (ugh..) years ago.

You can find quite a few copies of both the Winning Moves and Parker Brothers versions for sale on eBay, but your best deal is to pick up a brand new copy off of Amazon for less than $10 shipped. Think it might be a tough sell for your young ones? Just tell them this is how Mario got his start!