We’ve found so many great games at yard sales and thrift stores this summer that we decided to show you more than the typical one per week! For the next 10 days we’ll introduce you to a Thrift Treasure that you’ve probably never seen or heard of before. For our ninth feature, we bring you Play Nine by Double A Productions.

I’ve never been much of a golfer. Sure, I’ve played a handful of rounds, but since I don’t go regularly, I’m the typical amateur hacker on the course. I enjoy it, but I guess I don’t have the patience for learning the nuances of the sport. Today’s thrift shop game is a golf-themed card game that tries to mimic many of the rules of golf without the expensive green fees. 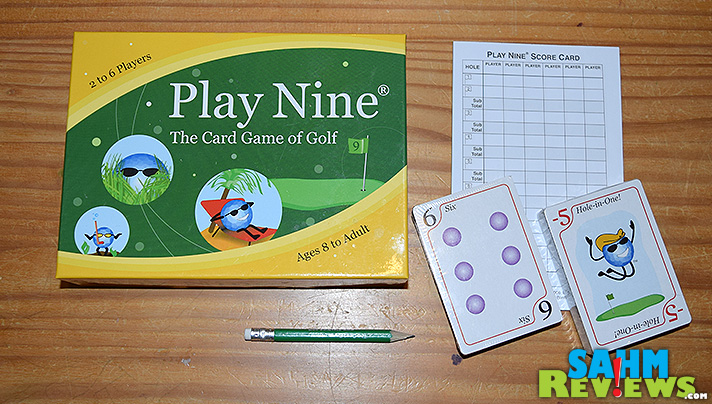 A custom deck of 108 cards and a scorepad & pencil are all you need to entertain 2-6 players. Cards are numbered from 0 through 12, representing the point value during scoring, and a special Hole-In-One card that deducts 5 from your total. 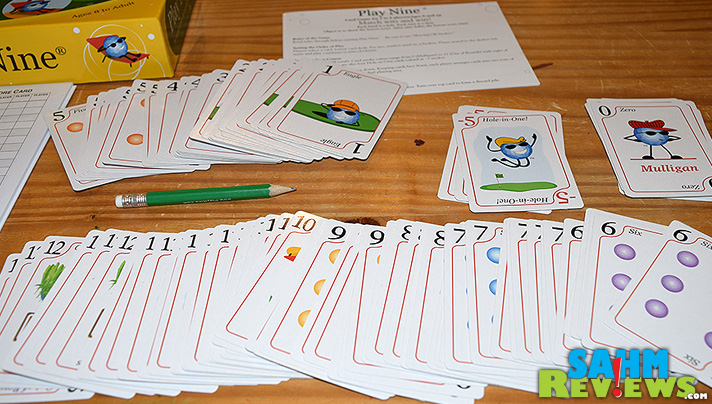 Each player is dealt eight cards face down arranged as seen below. Your goal is to uncover or replace all eight cards while maintaining the lowest point combination possible. 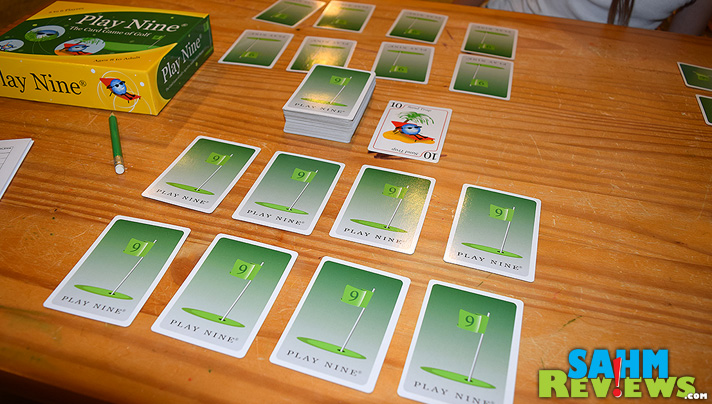 During your turn, you draw a card from the deck or take the top card from the discard pile. You must decide whether to keep that card and play it by replacing one of the cards on your board. That replaced card becomes your mandatory discard. 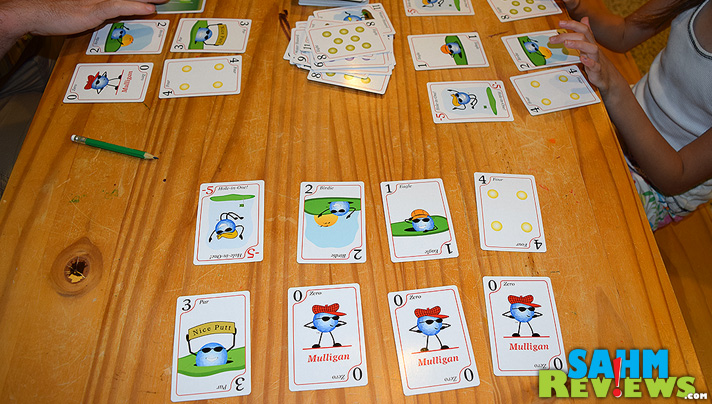 You can re-replace turned up cards if you receive a card that you believe is more beneficial to your hand. At the same time you’re also trying to create vertical pairs of any number. When you manage to play a pair (or more), those points cancel each other out and you receive zero points for those two cards.

If you’re lucky enough to play two identical pairs (four-of-a-kind), then not only do your points cancel out, you receive a -10 bonus! (This is golf, lower is better). Players take turns drawing until one player turns over his eighth card. All other players receive one last ‘putt’ and the hole is finished. Points are tallied for that hole and you move on to the next one (round). 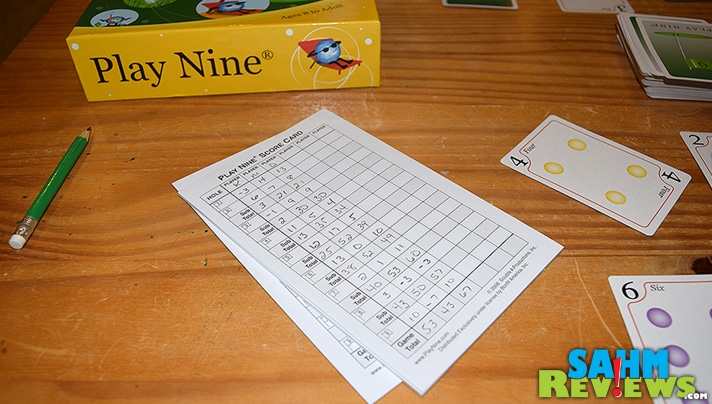 It’ll take 30-45 minutes to complete a full round of nine, with the person with the lowest total for all holes winning the game. Even with no golf experience, our 9-yr old enjoyed the game, especially since she was winning until the last hole!

Play Nine now appears to be offered by a different company, Bonfit America, Inc. You will typically find Play Nine at your local pro shop or at retailers such as Dick’s Sporting Goods or Golfsmith. Of course, copies are readily available on Amazon for under $15.  Less than a real round and you won’t need any sunscreen!