A cool thing about looking at board games from the past is you can tell their age by when new technology was incorporated. The first board games from the 15th century were created on thin paper. Printing presses allowed for mass production and cardboard eventually thickened the boards when glued to the printed faces. A 20th century innovation, plastic, changed board games forever with inexpensive and custom playing pieces. 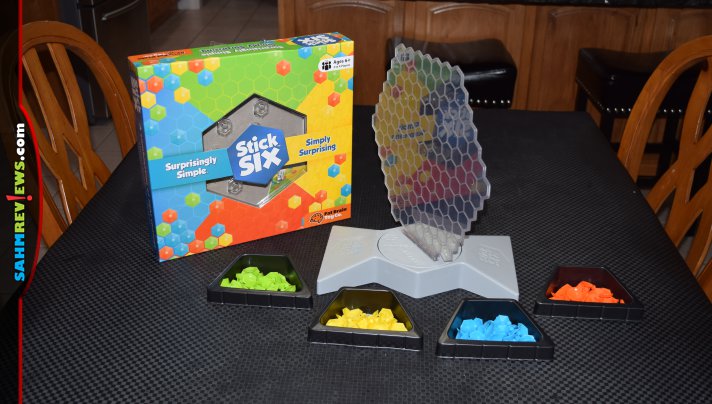 In the past decade, a new material has made its way into our homes – silicone. Most commonly seen in kitchen products like baking gloves or ice cube molds, it has even become a safer and cheaper replacement for traditional wedding bands! It was only a matter of time before someone figured out a way to utilize silicone in a board game. This copy of Stick Six by Fat Brain Toy Co. does exactly that! 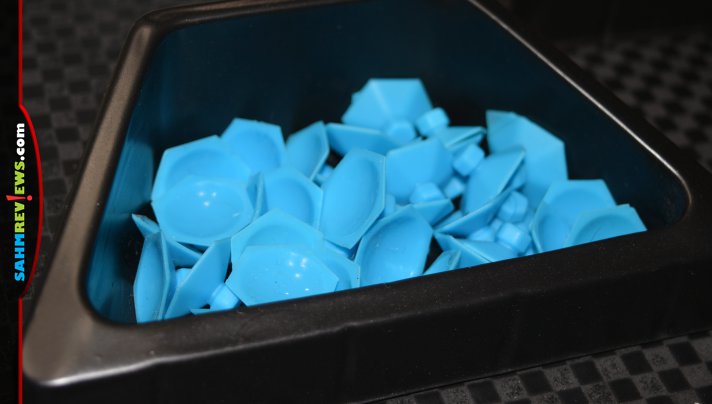 Instead of plastic pawns, Stick Six uses silicone player pieces that stick to a traditional, albeit vertical, plastic board. The clear board is supported by a rotating base which houses the silicone pieces for all four players. The flexible nature of the pieces allow them to stick to the board in the same manner you might hang a bird feeder from a kitchen window. 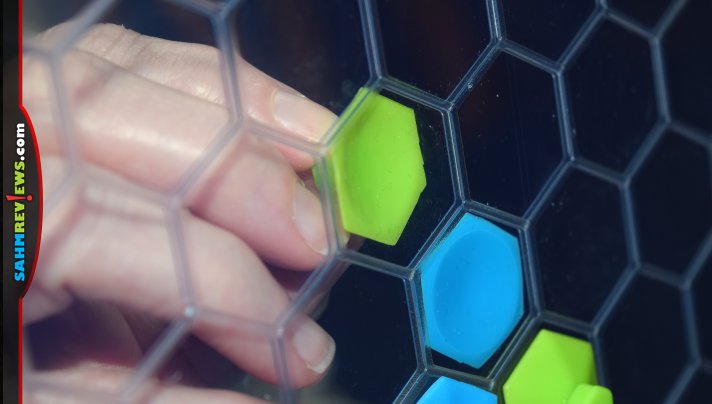 The object of Stick Six is to be the first player to line up six of their color pieces in a row or a complete circle. Pieces may be played to either side of the board, which means a space may have up to two colors in it. On a turn a player may place one of their silicone suction cups anywhere on the board on either side. When figuring a line or circle of six, both sides of the board are considered. So your winning line may have four pieces on one side and the other two on the opposite. 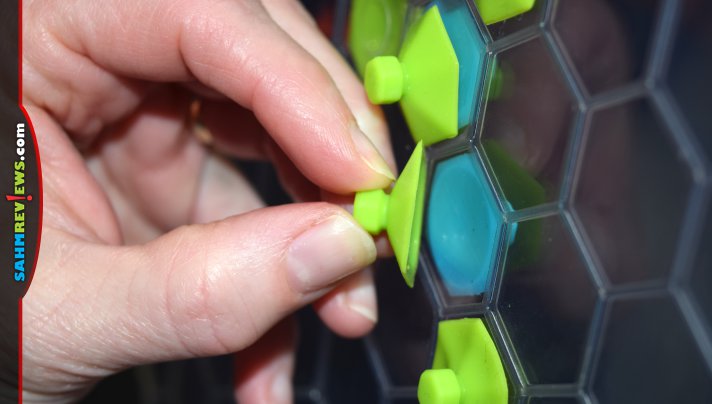 If all pieces have been used without anyone winning, everyone removes five of their pieces from the board (of their choice) and play continues. During the game, pieces may fall off the board on their own – these are simply replaced without penalty. Instructions are included on how to clean the parts. Once they collect dirt and body oil, they will begin to fall more often. 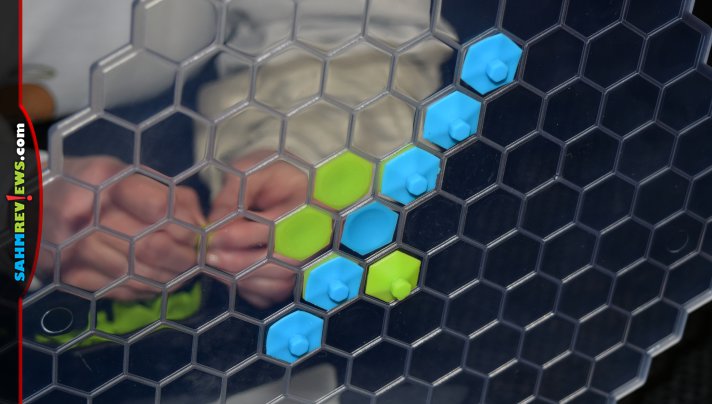 Stick Six was originally published in 2016 and appears to already have been discontinued. Reasonably priced copies can be found on eBay, but considering the game play, we’d recommend waiting to find one at thrift or a local yard sale. It’s interesting for about one play due to the vertical nature and fun of sticking the pieces to the board. In the end, it won’t see much replay at our house. Although advertised for 2-4 players, it doesn’t work at all with just two as there is a sizable first-player advantage and no way to prevent them from a win every time.

What unique materials have you seen used in board games?