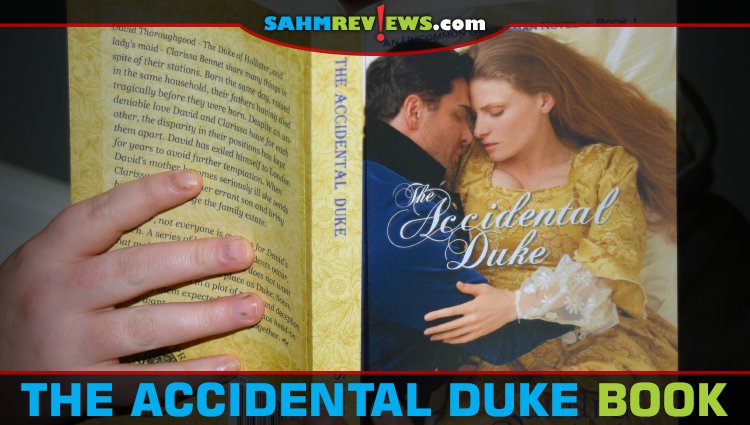 Have you ever noticed that we don’t cover many books here on our website? It isn’t that we don’t read because Scott constantly has a couple books that he’s reading. As for me, books make me sleepy so I have to be really engaged to commit to one. When we went on our first cruise, each morning I went to the cafeteria early, filled up a couple of cups of coffee then returned to the room to read until the rest of the family woke up. If I recall correctly, I finished the entire Hunger Games series on that cruise. About a year ago I became obsessed with The Fifth Season, but haven’t finished the second or third books in the set because, well, pandemic and I shifted my focus to a variety of jigsaw puzzles. Also around that time, another book came out that stole my attention: The Accidental Duke, An Uncommon Gentleman novel. 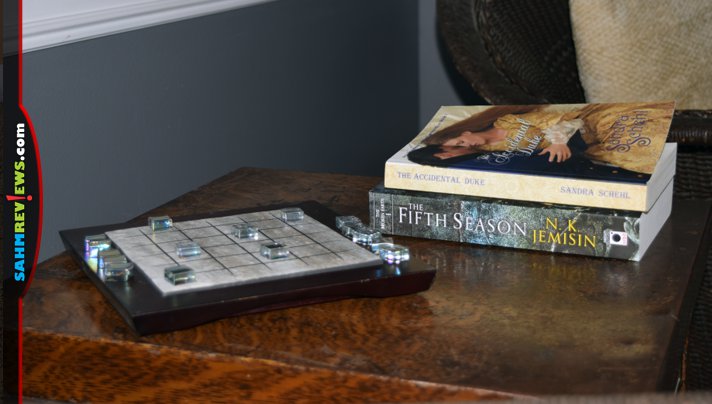 I don’t regularly pick up books, but when I find one that draws me in, I pretty much forget about everything else I need to accomplish. I also discover that I don’t pick up my devices as often which is a huge bonus since I’m constantly online otherwise. The Accidental Duke served that purpose for me not only once, but twice. The first time was when I originally purchased it and again a week ago when I decided to re-read it. Despite knowing some of the details from my first time through, I was still incredibly engrossed in the storyline and actually picking up nuances that I missed the first time around.

David Thoroughgood-the Duke of Hollister, and ladies maid-Clarissa Bennet share many things in spite of their stations. Born the same day, raised in the same household, both of their fathers having died tragically before they were born. Despite an undeniable love David and Clarissa have for each other, the disparity in their positions has kept them apart. David has exiled himself to London for years to avoid further temptation. When David’s mother becomes seriously ill, she sends Clarissa to retrieve her errant son and bring him back to manage the family estate.

However, not everyone is anxious for David’s return. A series of harrowing incidents occur, that make it clear that someone does not want David to take his rightful place as Duke. Soon, they are embroiled in a plot of power and deceit neither of them expected but must face head-on if they want any chance at a life together.

Set during the time of Queen Victoria, the book begins with a stressful introduction to the main characters, David Thoroughgood and Clarissa Bennet, shortly before their 25th birthday. He would carry the title of Duke of Hollister, while she was the lady’s maid of The Duchess. Having been best friends as children, they parted ways once they reached the age of maturity and the significance of their different stations in society was impressed upon them. This opening scene transpired years later when Clarissa was sent to retrieve David from his London bachelor pad with news of his mother’s health issues and impending death at the estate.

While the introduction paints him as a spoiled brat, there’s a lot more behind his tumultuous behavior. As the plot thickens, you learn not only about these characters’ relationships and friendships, but also the deception and greed that seep to the surface when power and money are involved.

Before you make any judgements about the story based on this brief synopsis, it’s important to note that my reading interests have always been adventure, mystery and science fiction. I think the last time I read a historical romance such as this was when I was a teenager. I’m not one to gravitate toward books that read like a soap opera and especially steer clear of stories such as Fifty Shades of Grey that would make me blush. But The Accidental Duke, the first in the Uncommon Gentleman series by Sandra Schehl, worked for me because it walks a fine line between romance and mystery. The basis of the story revolves around the family conflict and the romantic interludes mixed into it add depth – and tension – to the plot. There are a few erotic excerpts in the book, but not enough to keep me from lending my copy to my mother-in-law during her most recent visit.

So what is it about this story that made it worth reading twice? First, it’s a good story. The chapters bounce between the different persona’s viewpoints. Not only that of the two main characters, but also supporting roles that pop up along the way. Each chapter offers a little more into the history that lead up to the current situation. I’ve enjoyed this type of storytelling in other books such as The Fifth Season. The changing frame of reference allows me to enjoy the book as a spectator as opposed to trying to immerse myself in it as the main character. That’s one of the reasons I don’t enjoy traditional romance books… they make me feel like I’m trying to escape my real life and that’s not something I want to do.

“Even in these last months in London, and estranged, he was comforted knowing that he had a family to go home to. Soon enough, he wouldn’t have that. They would all be gone. The thought brought a lump to his throat and he blinked away the moisture that brightened his eyes. Straightening, he braced himself.”

Second, the author does an excellent job with imagery. The descriptions of the events and activities were detailed enough to really picture what was transpiring in each scene. “(David) walked the man to the door of the library, where the butler was waiting in the hallway.” “…David returned to his chair by the fire. Staring at the flames, he went over the conversation in his head. The doctor had essentially put him on notice.” I cannot share some of my favorite descriptive scenes. While they’re family-friendly excerpts, they’re total spoilers so I’ll have to refrain from offering those quotes!

Finally, there are now other books in the series that expand on the backstory and lives of some of its ancillary characters. Book two, The Guardian to the Marquess revolves around the doctor I just mentioned. In The Captain’s Secret Baby, the third in the series, we are reintroduced to two characters from The Accidental Duke: a Captain who made multiple appearances as well as a widow who was mentioned a few times. A Diamond for the Detective focuses on a member of London’s Metropolitan Police. I haven’t read any of those yet, but they’re on the to-do list! 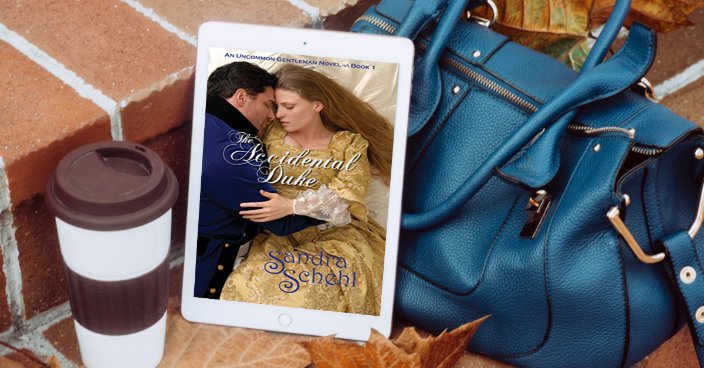 The main reason I approached this series is because the author is a friend of ours. While the rest of us were playing board games at our meetups a few years ago, she could be seen in the corner of the room typing away like a madwoman. These books are the result and I’m looking forward to seeing if the others in the series are as compelling as the first. You can order paperback or Kindle copies of the books on Amazon, but if you have Kindle Unlimited then you can read the books for free! You can’t go wrong with that price, right? Start with The Accidental Duke then let me know what you think! Stay tuned for more… I hear there’s another book coming soon!

How often do you veer from your normal reading genres?