A few weeks ago I told the story of how I picked up a game at thrift that had no English instructions. Deutschlandreise by Ravensburger is an example of a game that I would have normally passed over. Thanks to modern technology, specifically the live feature of the Google Translate app, I was able to confirm the completeness of the game in-store and translate the German rules once I got home!

This opens up many more future purchases of games that are brought to the U.S. by returning service members or other types of travelers. While we were on vacation in Florida over the holidays we found another perfect example. A copy of Kuhhandel was sitting on the shelves of the Santa Rosa Beach Goodwill (yes, we thrift while on vacation…don’t judge us) that had obviously been opened a few times in the store and passed on due to the German-only instructions. Since this was no longer a restriction for us, it became part of our collection for only $1.99! 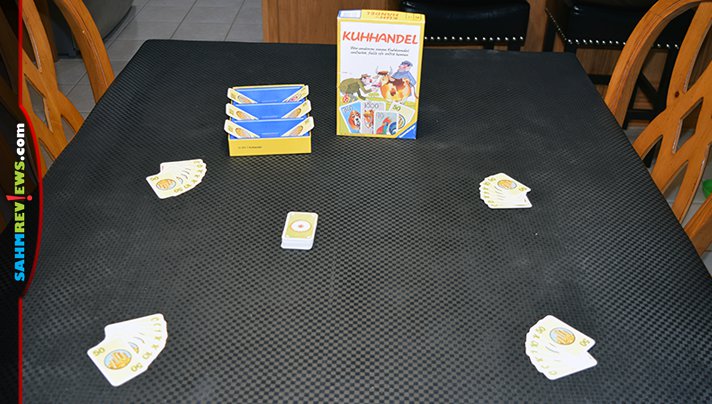 It turned out to be quite the bargain. Published as “You’re Bluffing” in English-speaking countries, Kuhhandel was a runner-up for the Spiel des Jahres (Game of the Year) award in 1985 and was placed on their “Best List” of recommended games.

Kuhhandel is a card game where you’ll bid to acquire farm animals and then trade them with other players. The game is setup by giving each player an equal amount of money cards (four 10’s, a 50 and two 0’s). Each person takes their turn in clockwise order around the table and can choose an action from two options. 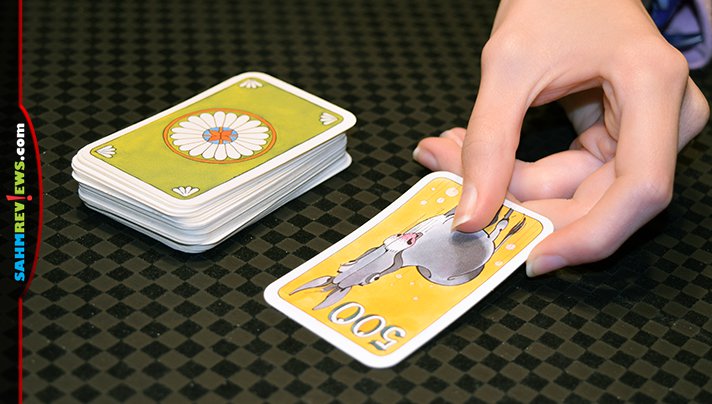 First, they may elect to auction off an animal from the top of the draw stack. Turn over the topmost card and all players bid out loud (simultaneously) on the animal. Each bid must be higher than the previous and in increments of 10. Once there are no more raises, the auctioning player has the option of purchasing the animal for the highest bid and paying the price to the high bidder. If they choose not to purchase it, the high bidder pays for the card by giving their funds to the auctioneer. If you cannot pay for the card with exact change, you must forfeit any money back by paying an amount above the bid. If no one bids on an animal, the card is awarded to the auctioneer for free. 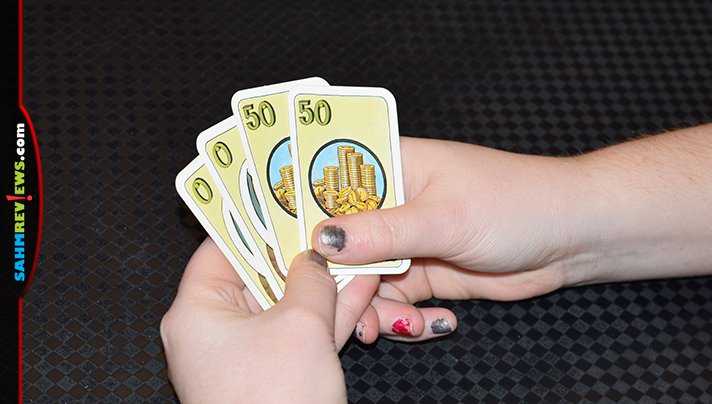 The other option on a turn is to trade with another player instead of bidding on a new animal. This “horse trade” is a forced transaction since the active player will choose another player in which to do business. Both players must have animal cards of the same type and the trade will involve those (there are four of each animal in the deck). The active player will select money cards from their hand and place them face-down in front of the other player as an offer to purchase one or two of their matching cards. 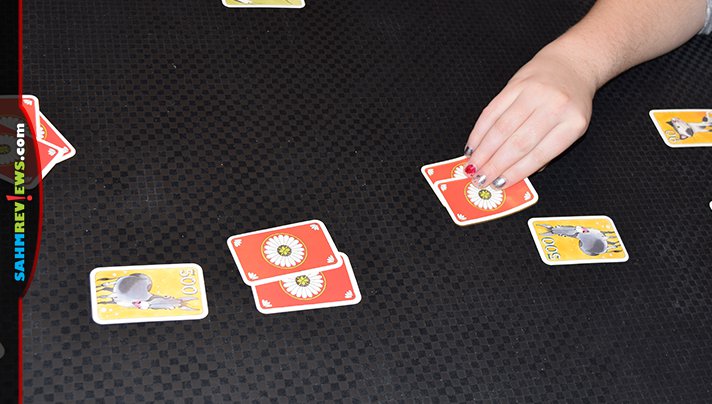 The current owner must then decide on whether or not to accept their blind offer or to counter-offer with a bid of their own. If countered, both players reveal their bids at the same time and the player with the highest total wins the cards. Each player receives the other’s money. If the bids are tied, both must bid again. If still ties, the challenging (active) player gets the animal for free! 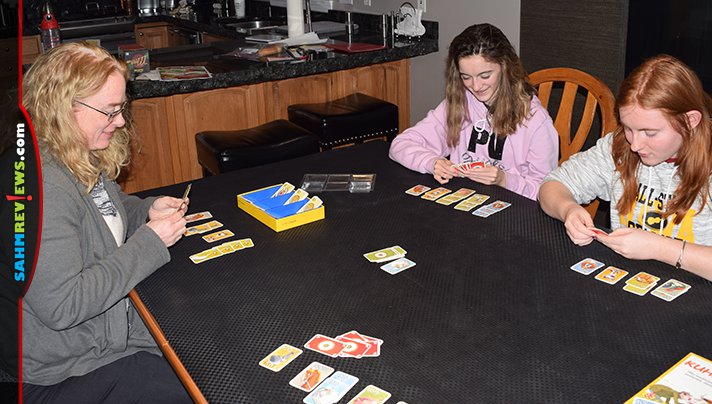 Players take turns in order until all forty animal cards have been auctioned off. At this point only trades are allowed and the game of Kuhhandel continues until no more trades can be made. This occurs when all animals are grouped into sets of four. Since you have to own an example of a card in order to trade with another person, once you own four of the same animal, that set is safe. 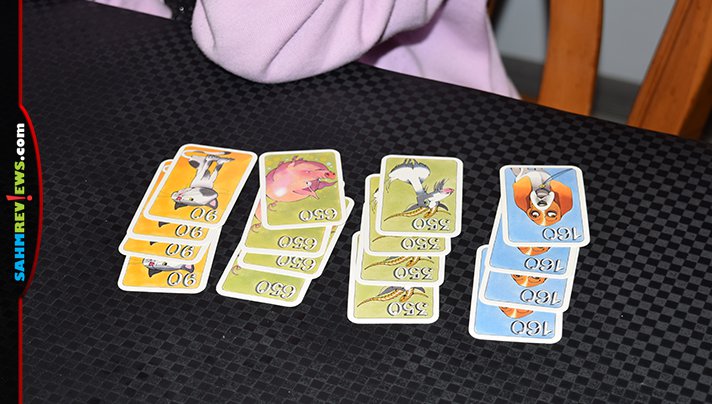 The goal of Kuhhandel is to own as many different sets of animals as you can. Final scoring is tallied by multiplying the sum of your animal sets (each set is worth the value printed on one card) with the number of different sets you own. The player with the highest overall total wins Kuhhandel!

While many of today’s games use the same mechanics found in Kuhhandel, this mid-80’s game was extremely innovative at the time. Hidden bidding, forced trades and the inclusion of 0-value cards made bluffing very common. You can find the German version on eBay for very reasonable prices (print out the English rules here), but can’t say the same for the English version. Sellers seem to want a premium for them!

Do you buy games that don’t have English rules included?