It’s always fascinating to me the oddity of games we get in our local Goodwill. Back in 2016 we had picked up a copy of Łowca Obrazków for a couple dollars. It took some research, but we finally figured out it was a Polish version of a popular German game called Bilder Jagd. It had also been reissued in the U.S. under the name Instant Recall, so finding instructions wasn’t too difficult.

This time we found not one, but two copies of the German game, Deutschlandreise, at a different thrift store! The fact that we have the Rock Island Arsenal nearby is the most likely reason these German-only games ended up in a Midwest thrift store. The original owners were probably stationed in Europe and either purchased, or received as gifts, this very popular game which dates back to the 1930’s!

It was obvious the owners we’re well-versed in German either as the boxes included photocopies of typed-out rules in English. The original rulebook was also included, so I elected to use modern technology to find out how to play instead of relying on a decades-old translation. For that I turned to my Google Translate app, which can translate full pages of printed text on the fly! 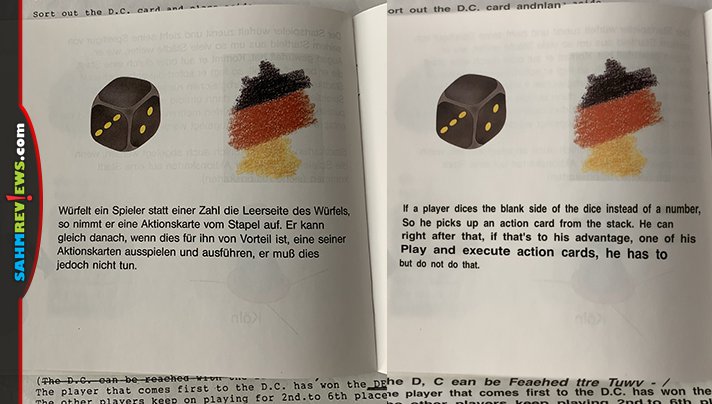 Deutschlandreise is a board game for up to six players who will travel across the German landscape visiting cities and eventually arriving in the destination city. To set up the game, place the large board in the center of the play area and sort all of the included cards by color. These four decks are then placed in the designated spaces on the board. Everyone agrees on a final destination city (typically chosen as their current hometown) and that card is removed from the appropriate deck and the included marker is placed on the board on that city. All players then draw two cards from each city pile, forming their hand of eight cards. They also receive four action cards, which are kept secret from other players. 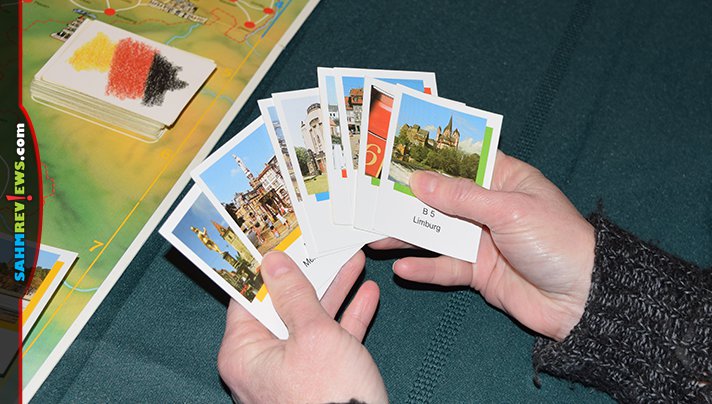 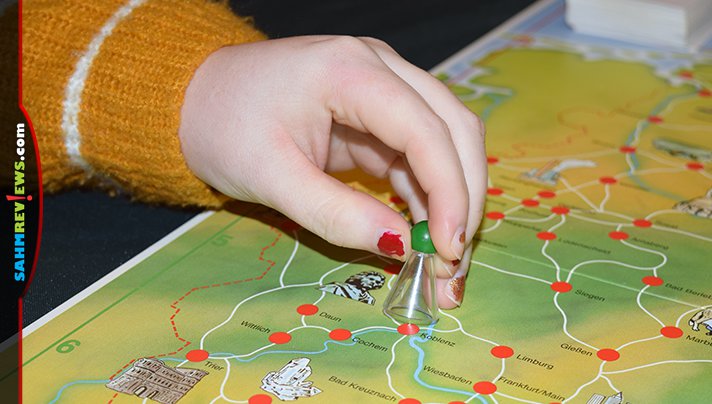 After rolling, a player will move their pawn the corresponding number of spaces on the board in one direction, following the printed pathways. If they are able to land on or pass through one of the cities they have in their hand, they can return that card to the deck and consider that visit complete. If they rolled the blank face on the die, they must draw another action card into their hand and then either roll the die again or play an action card (basically, take another turn). 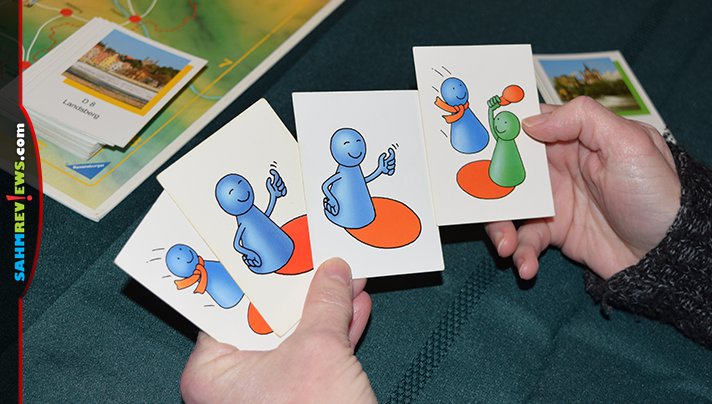 Action cards allow you to move to any other city, move to a city where another player is, move someone else to your city or ask you to draw any city card from any of the decks and give it to another player. This last one is a particularly good way to slow down the progress of an opponent who has gotten much further ahead in their travels. 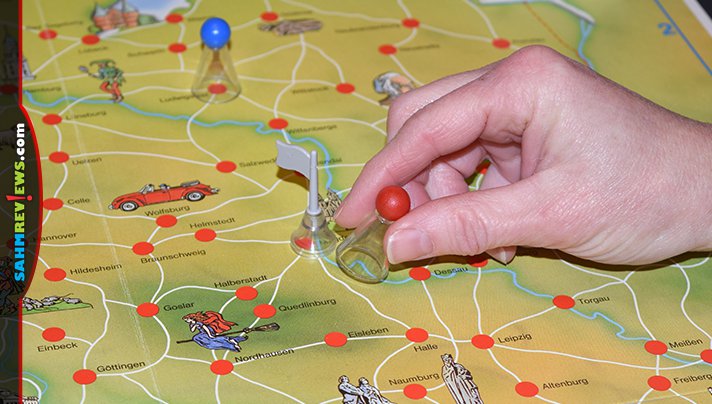 Players will take turns in Deutschlandreise rolling, playing action cards and visiting cities until they have no city cards left in their hand. They must then make their way towards the final destination city, which they must reach with no city cards NOR action cards! All cards must be spent before you can claim victory! The first person to reach the destination city with zero cards left is the winner of Deutschlandreise!

Amazingly, you can find a few copies of Deutschlandreise for sale on eBay for very reasonable prices, considering its rarity here in the United States. If you happen upon one at thrift, verify all of the city cards are present since even one missing will make the game nearly unplayable.

Have you even taken a trip across Germany?