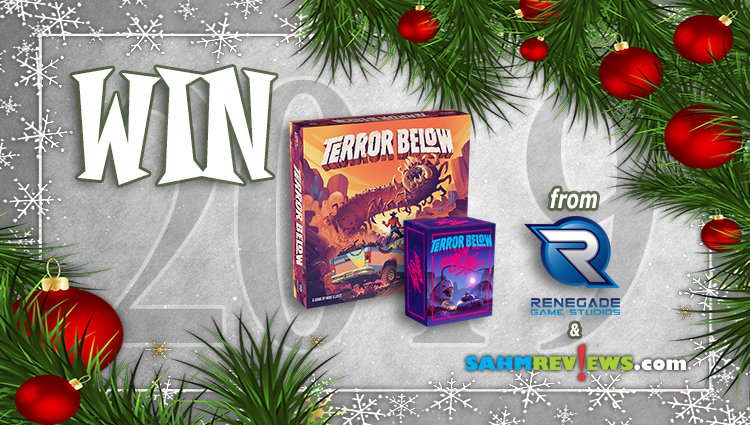 Have you ever watched Tremors? It’s a campy movie starring Kevin Bacon and Fred Ward where creatures from under the ground are attracted to movement. You pretty much spend the entire movie watching them tear through the surface to attack whatever is causing the noise. It’s the first thing I thought of when I heard about Terror Below from Renegade Game Studios. It’s a board game version that’s very similar to the movie.

We included Terror Below in our guide to games for tweens because it’s available for ages 10 and up. But I want to emphasize the “and up” part since it’s not just for tweens. This game works for teens and adults as well! While most of our giveaways are for one item that’s been included in the guide, Renegade Game Studios kicked it up a notch by offering prize packages! We hope you’re trembling with excitement for this giveaway since the prize includes the base game of Terror Below PLUS the Hidden Cache Promo Box with a W.O.R.M. miniature, bonus items, and vehicle meeples.