A bit over a year ago we were fascinated to find not one, but two copies of a German language board game, Deutschlandreise. In our area we have a military base (Rock Island Arsenal) which has soldiers and officers transferring in and out on a regular basis. This means that foreign-language games have a good chance of finding their way into our thrift shops.

This week we found another in the same series, but in an English version. Explore Europe is similar in rules and play as Deutschlandreise, but different enough so it shouldn’t be considered the same game. The theme is the same – exploring all of Europe (as opposed to just Germany) and you’ll be trying to be the first to visit all of your assigned locations in order to win. 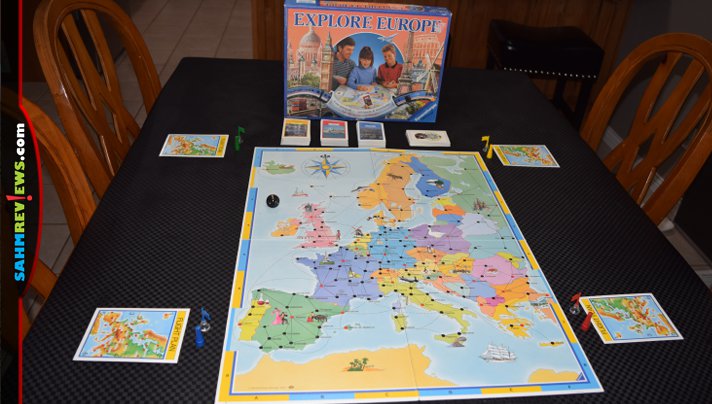 Inside the Explore Europe box is a double-sided board featuring the same map and one side having additional photos. A deck of 28 Instruction cards are shuffled and placed near the board. Town cards are sorted by color and placed in three stacks, picture-side up. All players take a playing piece and flag of the same color and are given one of the Flight Plan cards. 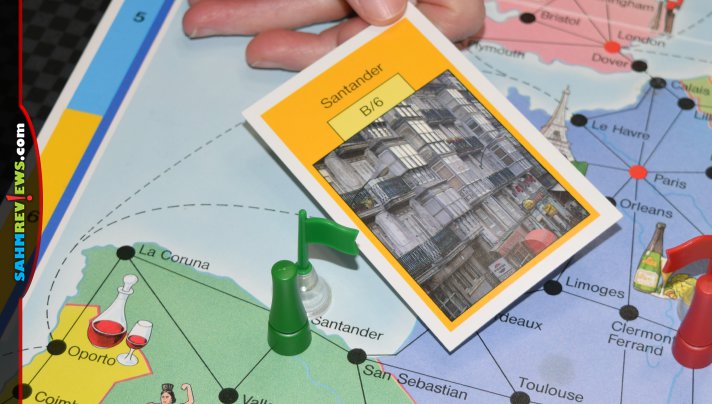 Each player (Explore Europe supports up to six players) draws a different town from the colored piles. This will designate that person’s starting city and they plant their flag on the corresponding spot on the board. Everyone then receives six more destination cards, two of each color. If you’re having difficulty finding the location of a city, each card has a letter and number printed on it to help you find it on the board’s grid. 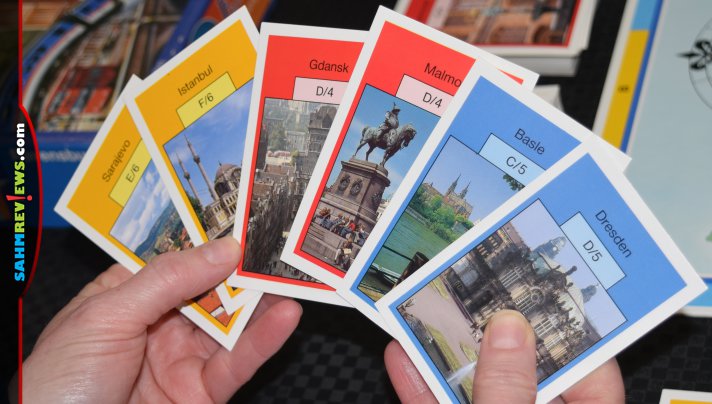 The object is to be the first player to travel to and/or through all six of their destinations. Movement is done by the roll of one standard six-sided die. On any result other than a “one”, players will move their playing piece that many towns along the different paths. Land connections require one per city to move. Sea connections have you stop in the harbor on your turn and lose the rest of your movement. On your next turn you can move along the dotted sea route to the next port without rolling the die this time. 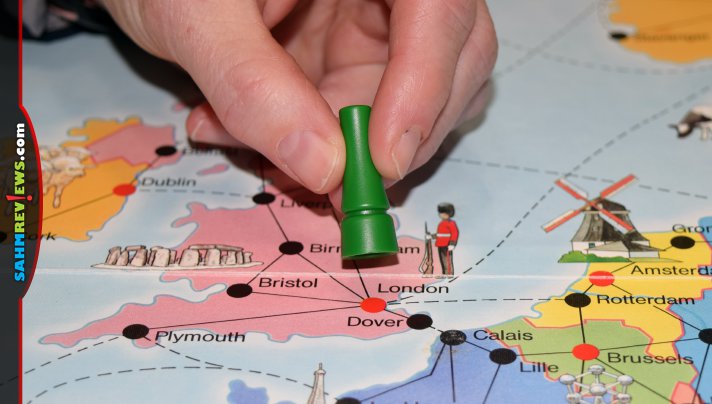 Towns with red dots can also be reached by air. If a person reaches a town with an airport and still has movement left on the die, they may continue by plane. The Flight Plan card helps you remember how many points you must spend to fly (2 points to fly within an area, 4 points to fly to the next area). The airport you wish to land at must not be occupied by other players. Once landed, if additional movement points are left, the player may continue their tour by moving normally on land.

If you roll a “1” on your turn, you have a choice. Either move your piece one city as normal or choose to draw the top Instruction card from the deck. Whatever the card says must be carried out immediately, even if it isn’t to the player’s benefit. Once you stop on or go through one of the cities represented by your Destination cards, you turn that card in and begin working on your next card. The first player to redeem all six of their Destination cards AND return to their starting town is the winner of Explore Europe! 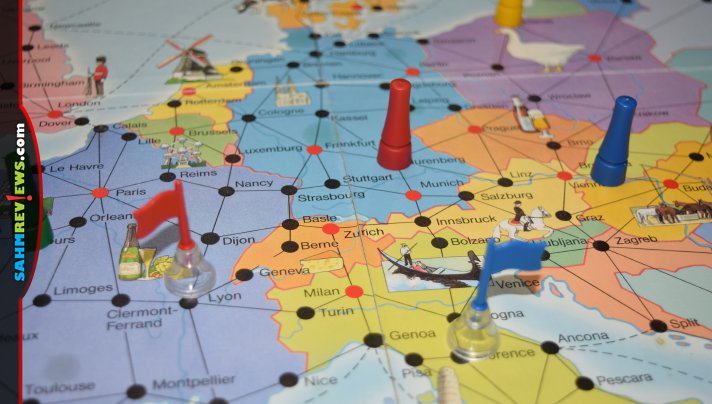 As with its German counterpart, you won’t find new copies of Explore Europe at your favorite local game store nor on Amazon. Used copies can be picked up on eBay for pretty fair prices and we recommend this one over Deutschlandreise for both the content and game play. If you have a military base close by, maybe you’ll luck out and find one at thrift for a couple bucks like we did!