Every once in a while we find something at a thrift shop that bewilders us. While in Chicago for a Cubs game we stopped by a Goodwill that happened to be close to our hotel. We found a copy of Łowca Obrazków by Ravensburger on the shelf for a couple bucks. The problem was there were no instructions and the entire game box was in a different language! 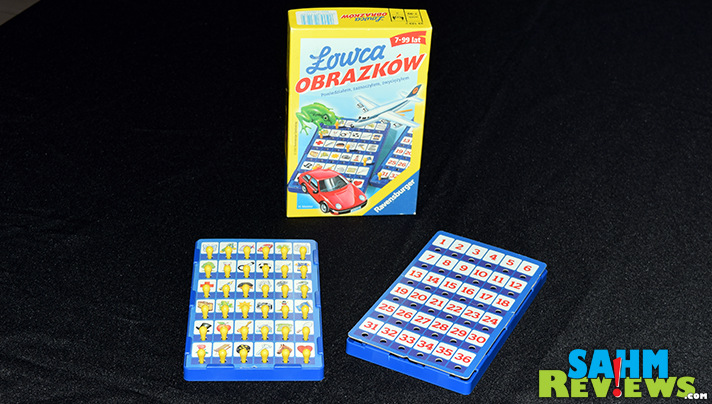 It looked like a kid’s game, but the ages were represented as 7-99. We know from other Ravensburger titles that they can be just as fun as adults, even though they might be marketed towards a much younger age group. For a couple dollars we decided to take a chance.

But when we tried to research it further online after getting home we were coming up empty. Sure, we found a couple “for sale” listings on Polish websites, but nothing with English instructions or even a translation! Google Translate came up with “Hunter the Image”, so our first thought it was some type of travel bingo. Nicole took it a step further and snapped a photo of the box and uploaded it to Google’s Reverse Image Search. Bingo! It wasn’t Bingo! It was the Polish version of the popular German game Bilder Jagd, also known as Memo-Match in France and Instant Recall here in the U.S. 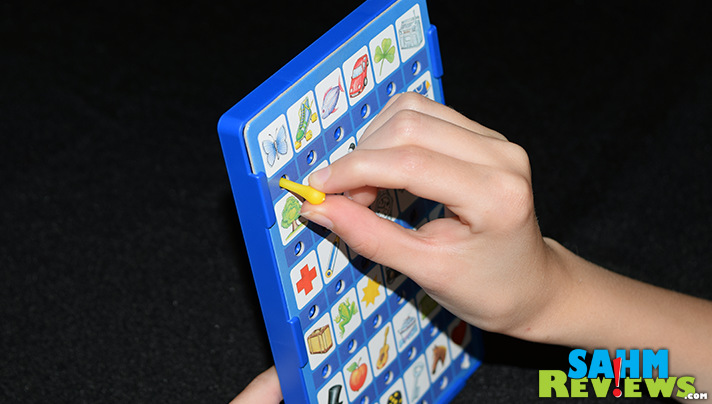 And our intuition was correct – this is not a game for the young. Łowca Obrazków tests your memory against an opponent using either pictures or numbers. Each player has a plastic board with a removable cardboard template with either consecutive numbers or clipart-type photos. Both players work from the same board by calling out one of the items (or numbers) and placing a peg on the one they just named.

Taking turns, you each call out an unused photo until someone names one that the other person has already called. This causes you to lose that turn and not be able to place a peg for that round. Ultimately, the first person to place 18 pegs correctly on their board wins the game! 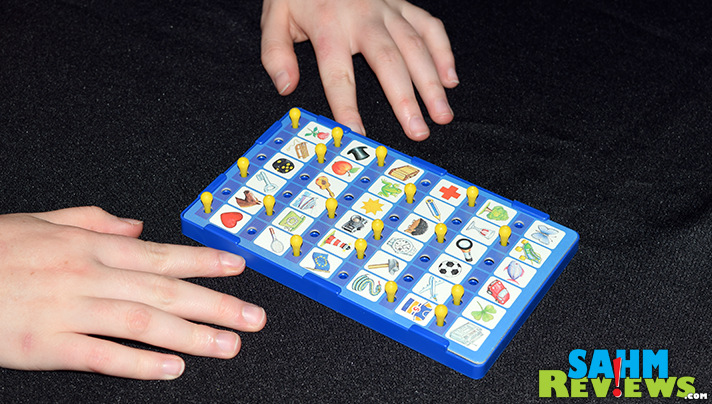 There’s not a lot to the game as far as components or difficulty of learning, but it did prove to be a quite challenging game to master since as it progresses the number of valid spots to take decreases with every move. If you haven’t paid attention, you’ll be searching for a long time for that elusive 18th spot! 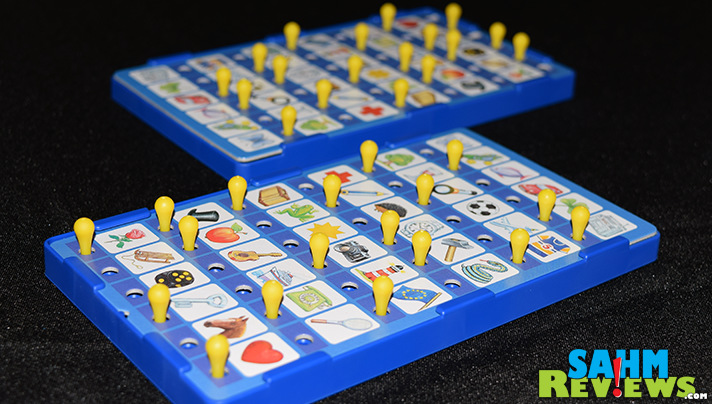 Both Amazon and eBay have copies of the English version available for immediate delivery. As for our copy of Łowca Obrazków? It appears to be so rare that there wasn’t even an entry on BoardGameGeek! With tens of thousands of games listed, I couldn’t believe no one else there had a copy! I guess this one is staying in my collection!