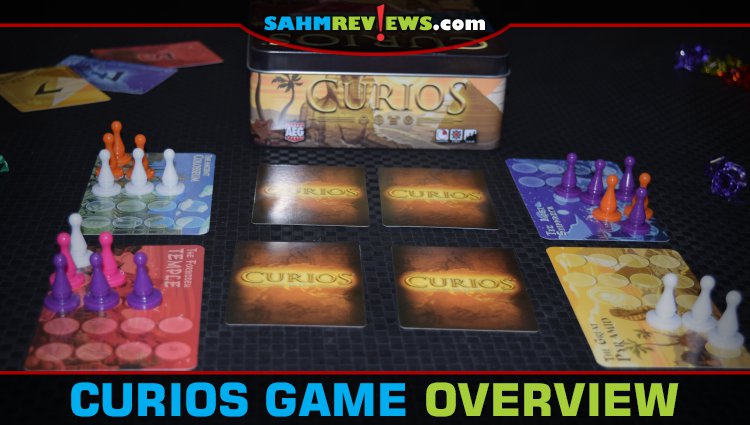 If you had to sum up a common feature about today’s board games, it would be the ability to make decisions that impact your success. Board games of the past like Monopoly or Sorry! depended upon the roll of dice. Your fate hinged upon the results and could make or break your strategy. Nowadays this randomness has been discarded in favor of critical decisions which reward those who make good ones and punish the rest.

Games like New York Slice and Welcome to… give the player freedom to collect pieces of pizza or build homes (respectively) in any configuration they wish. They challenge you to consider all of the potential options and select the one which you believe will benefit you the greatest. We recently came across another title, Curios by AEG, that also requires the player to make a critical choice at the correct time – but without all of the critical information! 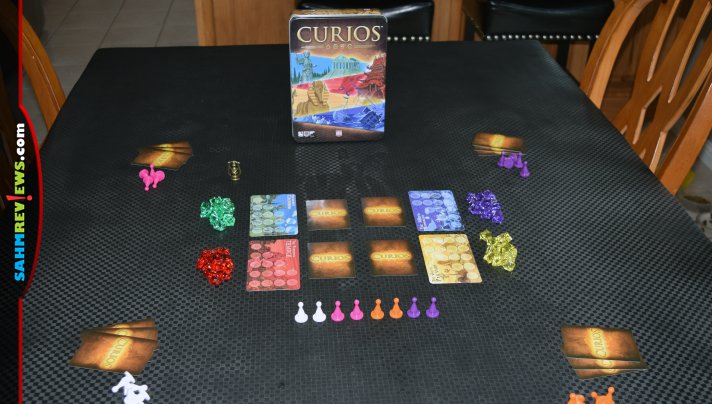 Curios is a very quick game (under 15 minutes) where up to five players are travelling to different archaeology sites to collect treasures. Think of yourself as Indiana Jones, raiding tombs and ruins, while making sure only to grab the most valuable items. The player whose haul is worth the most will be the ultimate victor! 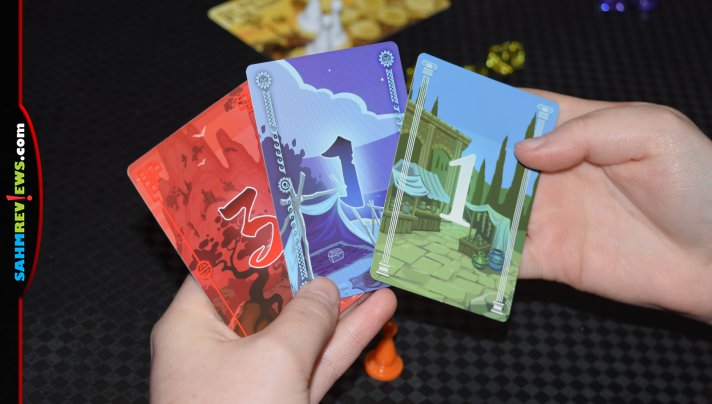 The rest of the market cards are shuffled together and dealt out evenly to all players (extras are set aside). Matching gems are also set next to each dig site and will vary by the number of players. The only thing the players begin with are five player pawns in the color of their choice. 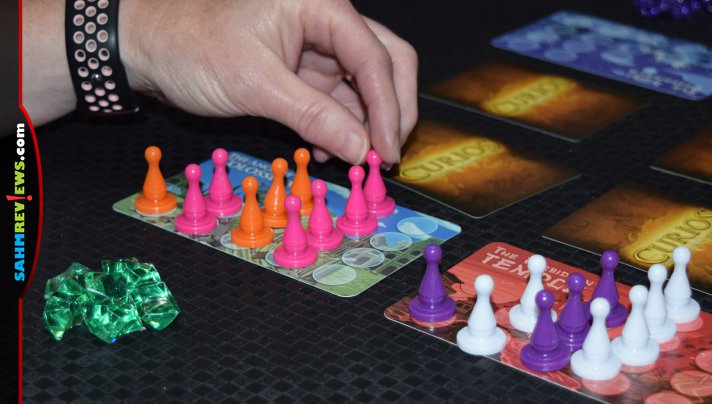 Curios is played over rounds with all players taking turns in order placing pawns on the various dig sites. In order to go to a site, you must take enough pawns to fill up the leftmost column. In layman’s terms, the longer you wait to go to a site, the more it will cost you. How do you decide which site to visit? Using the market cards you were dealt, you will try to determine which of the sites have the more valuable artifacts. You can also try to deduce the values by watching where other players travel to. Because each site only has four possible market values, through process of elimination you might be able to narrow down the most cost effective locations. 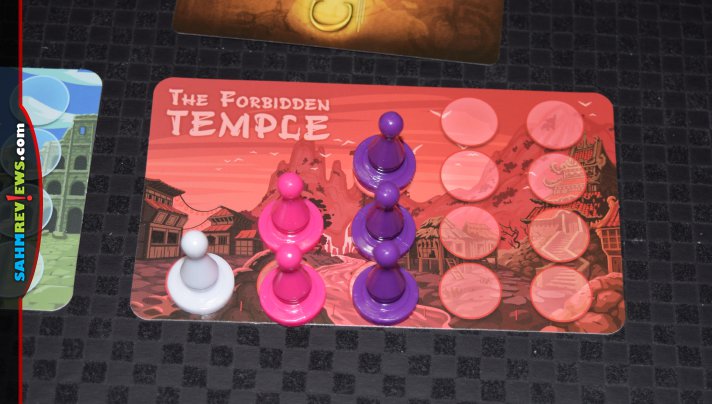 Every time you visit a site by filling a column, you will receive one of the available gemstones from that location. Once all players have used up all of their pawns or don’t have enough to visit any of the locations, the round ends. Each site is evaluated for who has the most pawns in that location. The person who has the most will receive a bonus gem. If there is a tie, no one receives any! 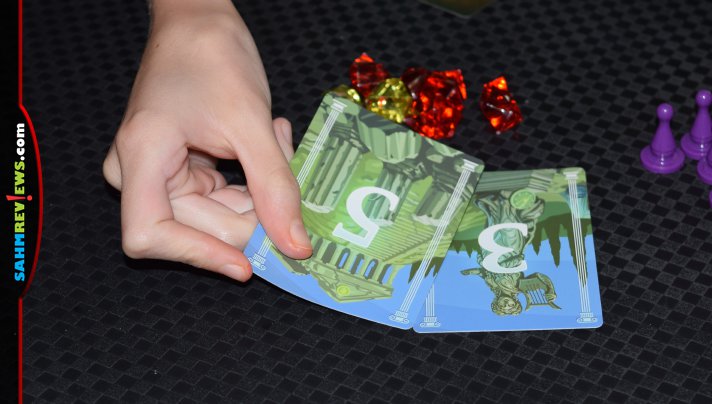 All players then collect their pawns and get ready to start a new round. But first you have the opportunity to hire a new worker by revealing one of your market cards! Turn one face-up and collect a pawn to use on all subsequent rounds. In essence, you are giving up valuable information in order to have more opportunities to collect artifacts! Pass the first player marker clockwise and another round is played in the exact same manner. Rounds will continue until at least two of the four locations have run out of gems. That round is then finished in its entirety before final scores are determined. 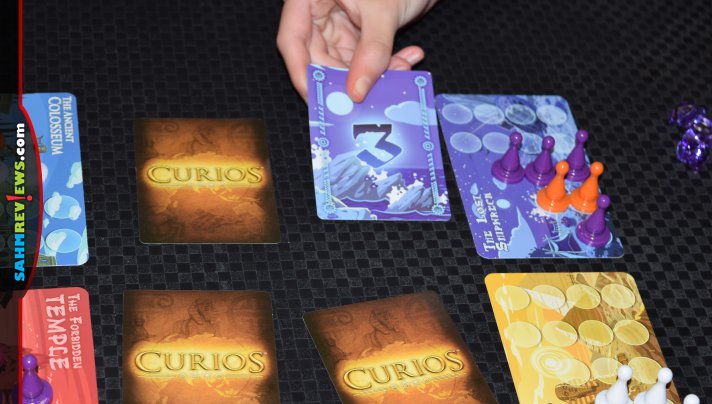 The four face-down market cards are revealed and all players figure their total by multiplying the number of gems collected from each location times the market value. The person with the highest overall total wins Curios! If there is a tie, they all share in the victory!

A nice filler game that requires an interesting combination of deduction and choice-making, Curios can be found at your favorite local game store, direct from Alderac Entertainment Group or online via Amazon. Curios was originally a part of AEG’s Big Game Night promotion at Gen Con and PAX Unplugged last year. Be sure you’re following them on Facebook and Twitter to see if they’ll be doing something similar this year!

Do you prefer games with no random elements?