You probably remember us mentioning back in April about a unique Kickstarter campaign by Calliope Games. By participating, not only would you receive THIRTEEN games over the course of three years, you would also play a role in the decision-making process about the rules, artwork and more. We’re excited to announce that not only did they meet their fundraising goal, they exceeded it by over 50%. We can’t wait to start receiving these new games!

And really, this should come as no surprise to anyone. Calliope Games has a solid history of issuing great games that appeal to the mass market. If you look closely, I’m sure you have at least one from their catalog in your collection already. But in case you don’t (or want to add another one), I’d like to show you one that your whole family will enjoy and is super-easy to learn.

Double Double Dominoes uses a full set (included) of standard dominoes that you lay on a board one at a time trying to match ends. But that’s where the similarities to the standard game of Dominoes you’re familiar with ends. 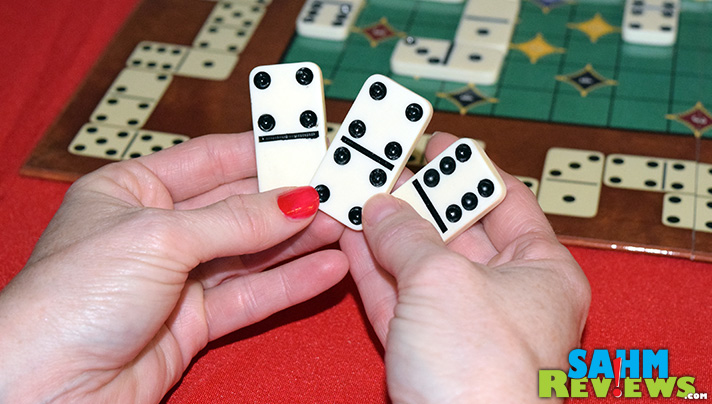 Taking a cue from the ever-popular game of Scrabble, the game board is populated with scoring areas of various values. Working from a hand of three tiles, whenever you successfully place a domino that covers one of these areas, you score that many points on the scoring track. 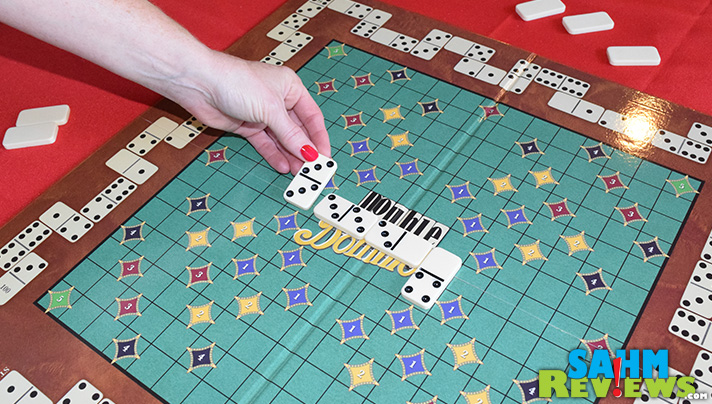 If you manage to cover one up with a double domino (one that has matching values on each end) then you score double the value of that area, PLUS get to place another domino on the same turn if you have one that plays successfully against the double you just placed. 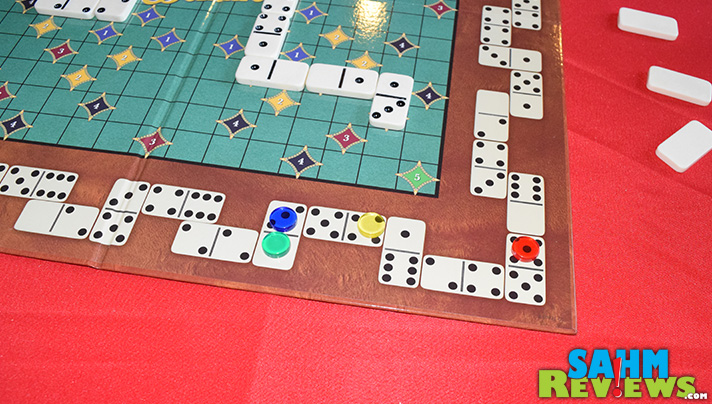 But that’s not the only way to score – as you move along the track your token covers up a space that also has pips on it. While you are on a space, if any other player plays a domino that has a matching number of pips on either end of it, then you move your token forward three additional spaces. 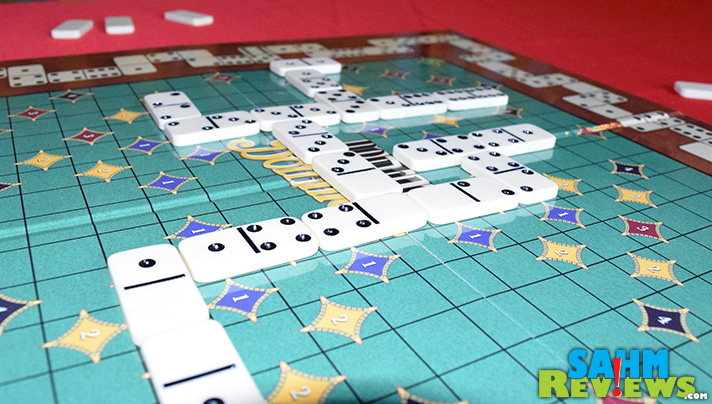 The addition of this scoring mechanism made playing a domino not quite as simple as finding a match. It also required you to be concerned with the position on the track of your token (so you could get the bonus) AND the position of all your opponents since you don’t want them moving ahead either! 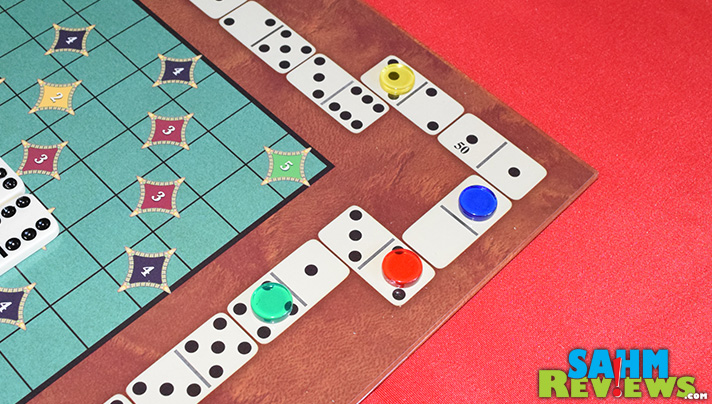 You goal is to score a predetermined number of points before your opponents, which is determined by the number of players in the game. Double Double Dominoes supports up to four players out of the box, and with the addition of an additional set of dominoes and tokens, can play up to six.

Rated for ages 8 and up, it can easily be played by family members much younger, although they would have a difficult time with the strategy involved. The rules are very easy to understand and teach, and you’ll be up and running in a matter of minutes. Expect a game to be under an hour start-to-finish!

As I mentioned above, Calliope Games has a number of great titles in their library, so be sure to follow them on Facebook and Twitter to watch for new announcement and sales! You’ll find copies of Double Double Dominoes for sale directly from Calliope Games on their website, on Amazon or at your local game store.

20 thoughts on “Double the Scoring, Double the Fun”