I love being able to write about smaller game companies and their new issues. I guess this comes from being somewhat of an entrepreneur myself while living in California. I was a working partner in a 100-person factory that we built up over the course of a decade. I know the struggles and sacrifices you have to make when you’re starting out, and every decision isn’t always the best one. But you make due where you can and strive to do better next time.

So when Clockwork Kingdom from Mr. B Games arrived on our doorstep, I was caught off guard by the lack of a box. All of the game components were there, but just put inside of a shipping box (no retail box). I have previewed games before that were in prototype stage, but I had thought this one had already hit retail. In fact, I knew it had as our local game store currently has one copy on display. Some deeper investigation uncovered the real story.

Clockwork Kingdom was a recently fulfilled Kickstarter campaign, but the comments told the tale. It turns out that the shipper didn’t do a great job packaging when shipping to the backers, resulting in a number of damaged items. In every case I read, the game was fine but the box was trashed. I can only assume mine didn’t have a box because the customer service at Mr. B Games gave it to one of the paid backers (as they should). +1 for Mr. B!

With that mystery solved, let’s look at the game itself. Clockwork Kingdom is best classified as a worker-placement game in that each turn you decide which section on the board to put your Automotons. Your objective over the course of nine rounds is to earn the most Victory Points by completing Schematics, controlling Battlefiields, collecting Resources and obtaining Workers. 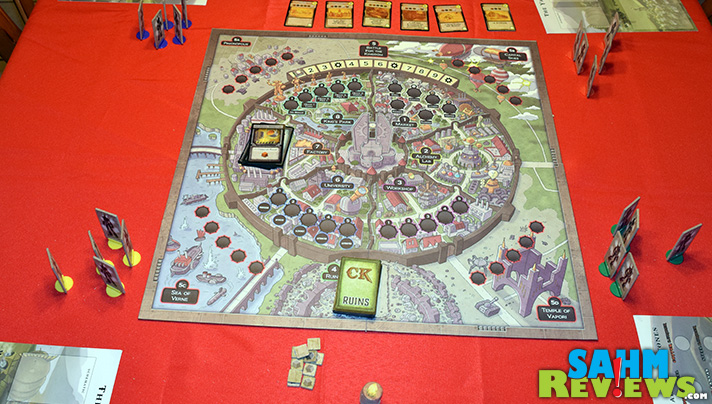 There are only two ways to score points in the game. First is to build various Schematics – but to do this you’ll need to collect the appropriate resources to make them. 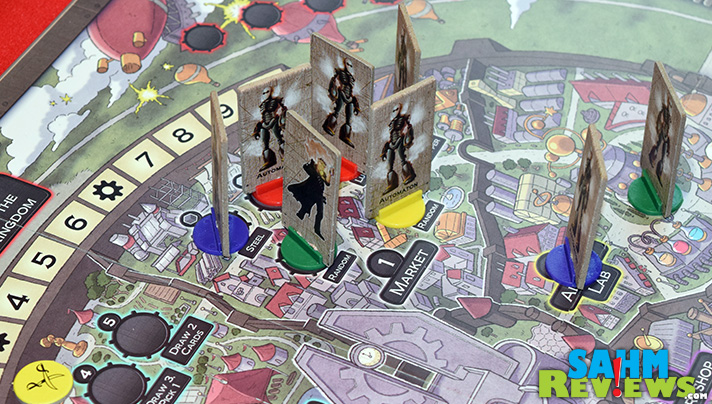 Placing a worker in the Market guarantees you one resource towards your goal. Collecting cards from the Factory grants you an additional resource every round. Save them up until you can build the Schematic of your choice. 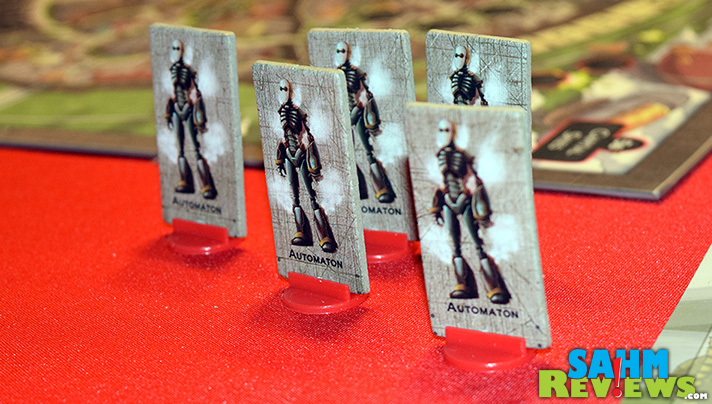 Each player works with a team of five basic Automatons, but by sending them to the University they can give you access to more powerful workers (Alchemists, Professors and Artificers) that award bonuses depending on the section they are assigned in the subsequent round. 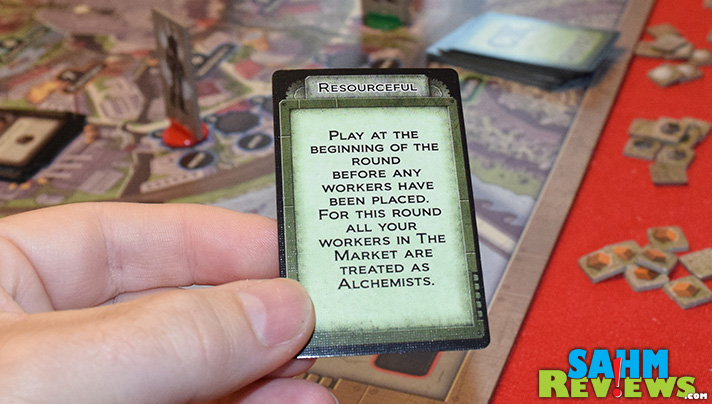 Collecting Ruins cards might also award you extra bonuses as will completed Schematics. Over the course of the nine rounds you are trying to build up your army of workers while at the same time building more buildings or fighting for the city. Every three rounds the battlefields are resolved, with the player having the highest total of workers placed there receiving the most Victory Points and second place receiving a much lesser amount. This, along with building Schematics are the only ways to score points in the game. But as with most games of this genre, you cannot do everything. Proper planning, placement and a bit of luck are necessary to come out ahead. 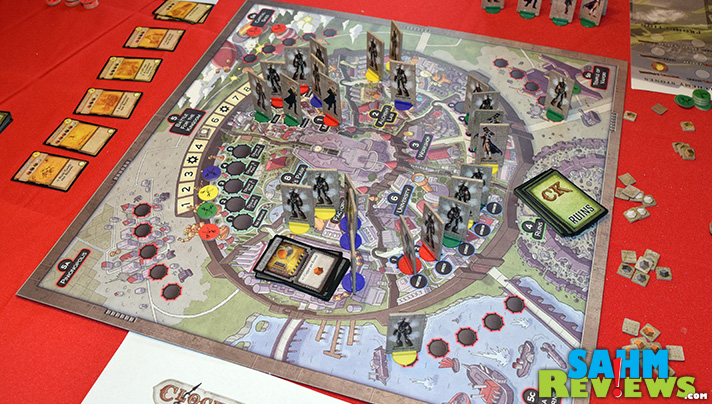 The mechanics and play of Clockwork Kingdom felt solid and refined, and is definitely something that will hit the table again at our house and gaming group. However, there is one elephant in the room that I must touch on. If you take a look at other reviews or forum comments about this game, you’ll see a common complaint. No where do people complain about the game play or mechanics, but they are unified in their dislike for a couple things about the design. I have to agree with a couple of them, with a caveat to follow.

Scoring – the game expects you to score on paper. And some follow-up responses from the designer was that many games use paper scoring instead of a scoring track. When I mentioned this reply to a friend, his immediate retort was, “Sure they do – in Scrabble!” And they’re both correct. Many games do, but not any that I can think of in the hobby game field. A scoring track is commonplace and expected. And it’s a shame it wasn’t since the art on the board could have clearly accommodated it. 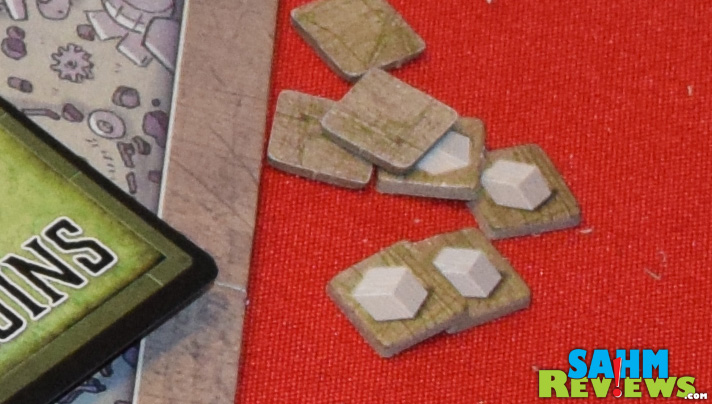 Resources – like many worker-placement games, resources are represented by colored cubes. And maybe that was the intention of Mr. B Games for Clockwork Kingdom, but at some point the decision was made to use cardboard punchouts since the workers and tokens were already being made that way. That is fine in itself, but punchout tokens picturing colored cubes made us giggle. Cloth should be a picture of cloth, not a white cube. Lumber could have been a neatly-stacked pile of logs, not a brown cube. This would not have cost anything additional and made identification of the resources clearer.

But in their defense (and the caveat) – this is a small publisher with a super-small Kickstarter campaign (as compared to ones that reach into the 100’s of thousands of dollars). Their meager goal was only a little over $13,000 and with 286 backers they raised just over $16,000. The need to keep costs down is obvious when you’re dealing with such a small issue. So I cannot fault them completely for these issues, but still might suggest they take another look at it if they ever do a 2nd printing. Either way, it doesn’t detract from the fun of the game!

You’ll find copies of Clockwork Kingdom on Amazon for around 25% off the retail price or possible at your local game retailer. Check out Mr. B’s Facebook and Twitter timelines for information on sales and other projects they have in the works.