I can count on one hand the number of Kickstarter games we have talked about over the years. Believe it or not, we get a couple emails every single week from companies that want us to help promote their latest, greatest game or invention. While I personally have backed a couple campaigns, I typically don’t feel comfortable recommending them to our readers. There has been more than one occurrence of people taking the money and running, never delivering a product. I would feel too responsible if that happened to one that we featured here.

That’s why the few times we have taken the time to go over a game that hasn’t been produced yet, it has been by a company that isn’t new to the field. They’ve either run multiple successful campaigns in the past or have a proven track record in the industry with traditional retail sales. That was the case with Calliope Games and their successful campaign for the Titan Series of games. They’ve already delivered the first three in the series to backers and are in development for the next batch! 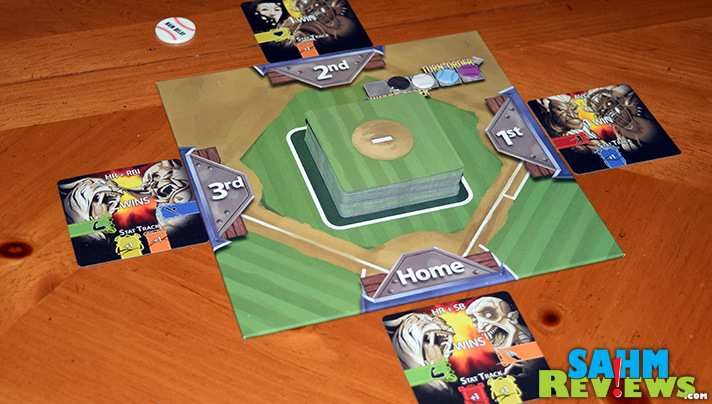 Another we mentioned way back in 2015 was Fantasy Fantasy Baseball by CSE Games. While it did take a little longer than the estimated six months to produce, we’re happy to announce that Fantasy Fantasy Baseball has been delivered and is available on Amazon! So for those of you holding out because you didn’t want your money tied up for a long time, now is the time to press that buy-it-now button. 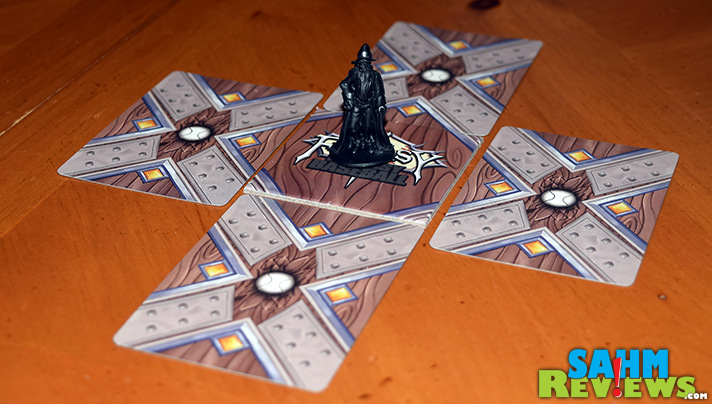 Normally I wouldn’t expect a lot out of a game in this price range. I don’t mean game play, I’m referring to the quality of components. A $20 game is usually nothing more than a box of air with a couple decks of cards, but that is not the case with Fantasy Fantasy Baseball. Sure, there are cards – but they have a beautiful linen finish!

The tracking board is 2-part with color-coded Cribbage-like scoring pegs and I couldn’t overlook the five plastic wizard miniatures screaming for a custom paint job. For under $30 shipped, CSE Games sure provides good bang for your buck. 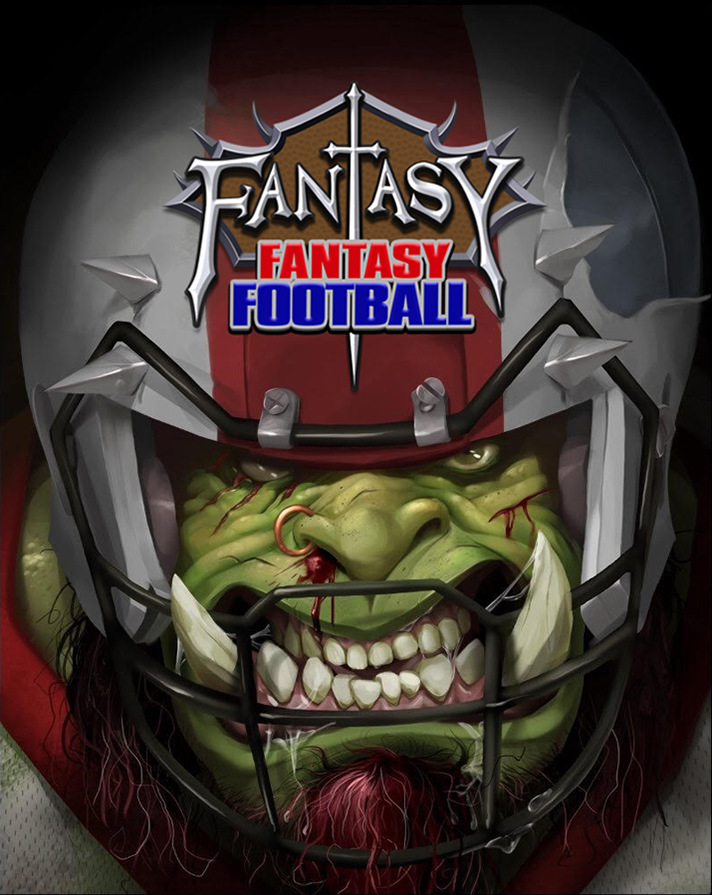 And that’s why we want to tell you about their latest project, Fantasy Fantasy Football. I know the timing is short with only four days left in the campaign, but we were just made aware of it recently. Football is the second in the Fantasy Fantasy line, and to be honest has more appeal to me than baseball.

Don’t get me wrong, I’m a diehard Cubs fan, but I’m also a long-time Chicago Bears nut. They may have had their worst year ever last year, but maybe with a roster like the ones put together in Fantasy Fantasy Football they’d actually stand a chance. 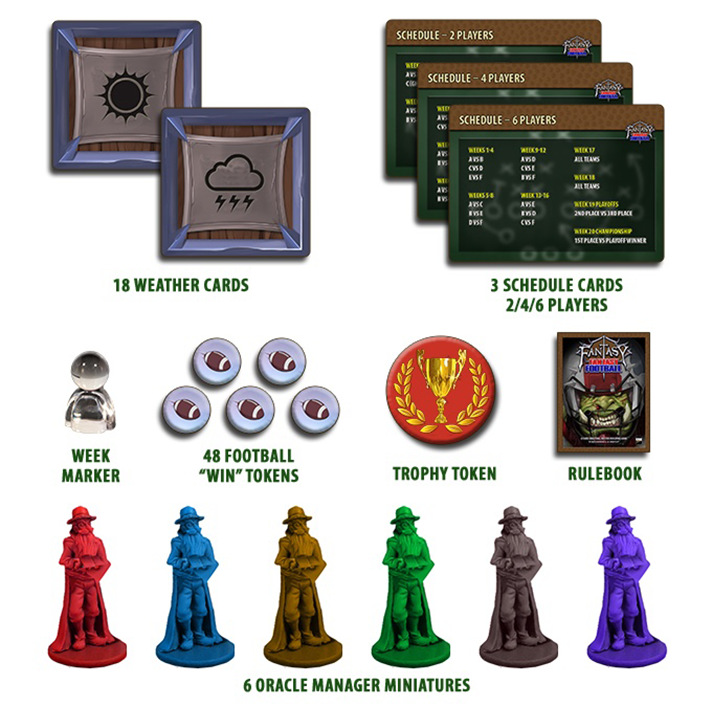 Don’t start thinking they skimped out by just throwing a football theme on top of Fantasy Fantasy Baseball, that’s not the case at all. Sure, there are some similarities, but just like the differences in the two major league sports, Fantasy Fantasy Football is its own game. Want to know how it’s played? Who better to give you instruction than one of the designers behind the game, Daryl Andrews!

Once again I feel confident in recommending this Kickstarter campaign (and yes, I’m a backer myself). Expect the same level of quality you see in the baseball version above and they’ve been proactive in estimating a March 2018 delivery. I know they’re trying hard to under-promise and over-deliver this time!

Like what you see in the baseball version above? Enter below to win a copy for yourself! CSE Games has offered to award one lucky reader their very own copy of Fantasy Fantasy Baseball. And this one is open to residents of both the U.S. and Canada! Be sure to come back each day for additional entry opportunities!