After a long, long wait, the time is finally here! Captain America: Civil War is officially open in theaters! As a family, we look forward to each and every Marvel movie and see them the weekend they release or sooner when possible. But Captain America: Civil War is extra special because I was able to experience the interviews, an early screening and the red carpet premiere last month.  With every interview post, from Chris Evans to Jeremy Renner and Elizabeth Olsen then Paul Bettany followed by Emily VanCamp and finally Anthony and Joe Russo, I’ve become more and more anxious.

I guess part of the anxiety is because people keep asking me questions about the movie. I didn’t want to have to walk around proclaiming “spoiler alert” because honestly, I didn’t want to spoil anything for anyone. Even when our contributing author, Doug, asked very pointed questions and assured me that he wouldn’t be upset by spoilers, I tried to be as vague as possible. So I thought I would present some of the most common questions and the answers I’ve provided.

In short, yes. Previews allude to it. Who? That I won’t say. This is the one question that I think I get asked more than anything else. I have no poker face and my friends know that, so when different people would specifically question if (insert name here) character dies in the movie, I’ve consistently answered ‘no’. It was the best approach to take. But now that the movie is out, I can safely say that someone dies. But as I said before, that’s as much as I’ll share. You’ll have to see it to find out who.

Sorry, but no they don’t. I know a lot of people were holding out hope because even IMDB previously identified actors like Marisa Tomei as rumored. 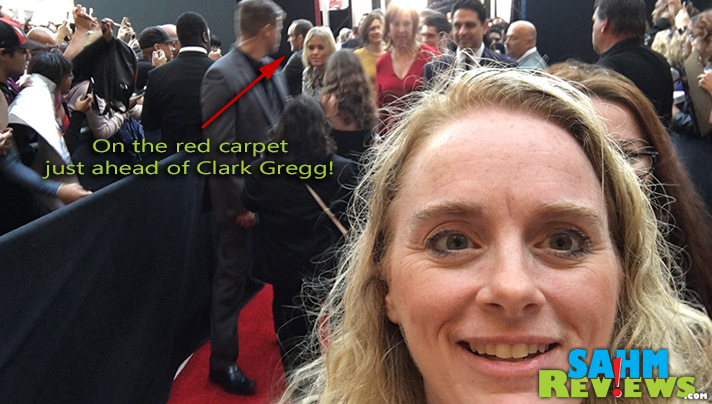 Does Phil Coulson make an appearance in Civil War?

Well, he was right behind me entering the Dolby Theater off the Red Carpet. Sadly, I didn’t see him in the film.

Of course he does and it’s funny as always.

Do Spider-Man and Ant Man have fighting roles or only cameos?

Both Spider-Man, played by newcomer Tom Holland, and Ant Man, with Paul Rudd reprising the role, have active parts in Captain America: Civil War. Some people had speculated that Spider-Man would be a cameo as a way of introducing the character to this realm of the Marvel Cinematic Universe. You’ll see both characters in full battle mode.

Speaking of battle mode, how are the fight scenes?

One word: Amazing. There are multiple fight scenes in Captain America: Civil War that occur in a variety of venues. The Russo Brothers said the airport scene was the most difficult, but found the motorcycle chase scene to be thrilling. Natasha was referred to as “bad ass” more than once in our interviews and I’ll completely agree with that. Black Panther rocks the screen as well. I had no idea he was going to be so fantastic to watch! And as Chris Evans said during his interview with us, Scarlet Witch is pretty powerful as well. These characters, combined with already established characters of Captain America, Hawkeye, Falcon, Winter Soldier and Iron Man make for some pretty intense scenes.

Is there a kiss? 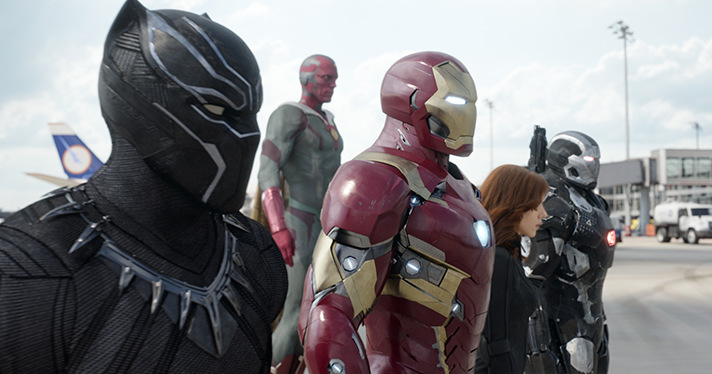 Does Captain America: Civil war have mid-credit or end-credit scenes?

For the love of all things Marvel, you should know better not to leave a Marvel production until the screen has been turned off and the theater lights turned on. In other words, yes, there is not only a mid-credit scene, but also a post-credit scene!

What was your overall opinion of the movie?

I have been completely honest when I have said Captain America: Civil War is the best Marvel movie to date. It’s my opinion, but others who have caught an advanced screening have felt the same way. Civil War is jam-packed with incredibly talented people, the Russo Brothers did a phenomenal job directing and the story line is layered. It has so much depth to it that I feel compelled to go back and rewatch the movies that led up to it to see what tidbits of information I may have missed in earlier movies. I went into the movie with a strong opinion of which characters I was going to gravitate toward and was surprised how much I fell in love with Black Panther and Vision. As I had explained in my interview with Paul Bettany, I wasn’t sold on Vision but I thought the direction they went with his humanity was pretty cool. 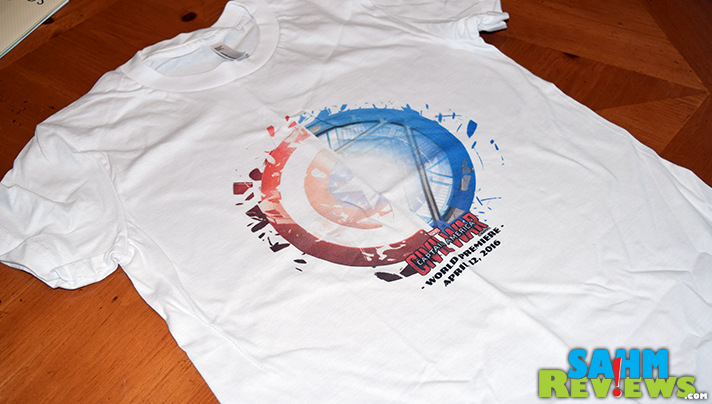 Captain America: Civil War is currently showing in theaters, so make plans to see it this weekend! When you walk out of the movie energized (and opinionated about who is right), stop by the Disney Store personalization shop and create a Captain America: Civil War item perfect for you! Add your favorite character or logo to a shirt then include your name or some other bit of information. You can even change the font and size. I ordered a shirt and personalized it with the premiere date when I walked the red carpet, but looked at other items like mugs, sweatshirts and home furnishings, too.

What part of the movie are you most excited about?