When people talk about Captain America: Civil War, the first discussion typically revolves around whether you are rooting for Team Cap or Team Iron Man. The first thing the Anthony and Joe Russo shared during our exclusive interview is that their goal for the movie is to have people walking out of the theater arguing with family and friends about which side is right. Director Joe Russo said, “We didn’t want to make a declarative statement one way or the other. We just want to represent both as accurately and emotionally as we could.” He continued “…it’s not the kind of story that the directors need to be too firm with their point of view…it would close off the opportunity to have a conversation after the movie.” 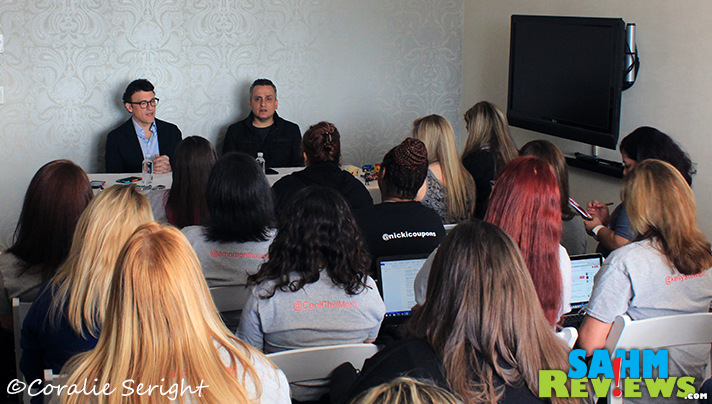 Which leads to an obvious question for them. Did they Anthony and Joe have rivalries with respect to the movie, writing the script and thinking out the process between Captain America and Iron Man? 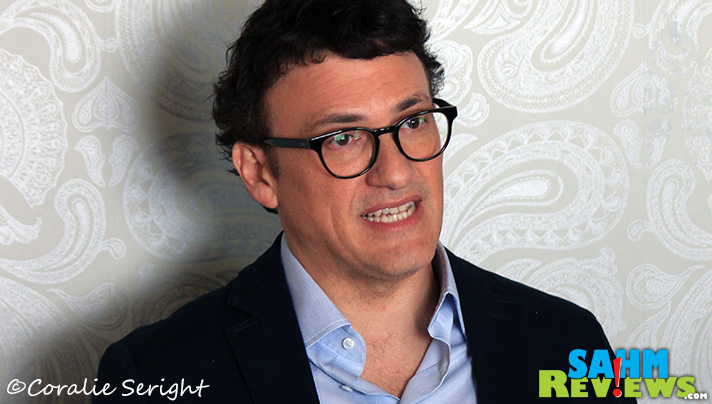 Director Anthony Russo fielded the question, “No, I don’t think there was rivalry just because we both love both characters…our process has always been, we like very layered storytelling…when we’re breaking the story or prepping a movie we’ll sort of step through the story from different characters points of view. We’ll take a pass where it’ll just be all about this character. And then we’ll take a pass where it’ll be all about that character. We work with ensembles a lot in our work. And so it’s become part of our process to really have moments where the whole movie belongs to somebody else, just one particular character for a moment as we’re thinking about the film from beginning to end. So, I think that’s the process we went through on this movie as well with the writers, Markus and McFeely and the producer, Nate Moore from Marvel and Kevin Feige…look, they’re both very near and dear to our hearts. We love them both…The other thing I think about Joe and I is that we love characters who are exciting and fun and cool…but also are very human and vulnerable. We always look for that side of the character. So for us it was very important to find ‘where is Steve Rogers vulnerable?’ ‘Where is Tony Stark vulnerable?’ And sort of play to those in this movie in a way that would put them in conflict with one another.”

Vulnerability is something they mentioned more than once during the interview. As you have probably already heard, Spider-Man has a role in Captain America: Civil War. We were curious how they felt about Tom Holland, the actor playing Spider-Man. Joe said they are “Doing everything we can to hang onto him” while Anthony chimed in, “Yeah. We’re more in love with him than anybody.” Joe went on to discuss how they decided on Tom for the roll, “There was a really exhaustive audition process for that role. We were doing work sessions with all the actors. And he came in…Spider-Man was a very important character to me as a kid. I was a big comic book collector. I still have my collection in my closet to my wife’s dismay…that character was my favorite character growing up. So to be able to interpret him on screen was like a dream come true.” He continued, “The things that I loved about him as a character when I was a kid were his vulnerability, his insecurity, his sense of humor. But I loved that his sense of humor in the books was very self-aware. He was a smart ass kid but he was a kid. And we felt that our interpretation of the character, we wanted to have an actor very close in age to Peter Parker. And Tom’s a young actor…we also wanted to make sure that the actor had both the vulnerability and a confidence at the same time. It made him accessible. But also would allow him to stand in contrast to all these other really experienced superheroes who are running around dealing with a very adult problem. And then you insert into that a kid who’s trying to improvise his way through the situation but doesn’t really understand the stakes and couldn’t understand the stakes because he’s a kid. And so that was invaluable. And Tom Holland just embodied all of that. He brought a real authenticity. That was the other thing too is that we really wanted him to feel like he was of New York today, right now and not about comic book New York. He was a kid living in Queens who had a certain energy to him and a certain you know, a certain –, that feeling that you get or that the shift in your personality that happens when you do live in New York City. You know and that, so that was everything we were looking for and he, the kid just embodied it so well and (he’s) amazing in the film.”

When asked what the most difficult scene was, Anthony confirmed what we already figured: the airport scene. “…these actors are also good, right? They’re easy to direct, they’re amazing actors. So getting the emotional stuff like the performance stuff out of them is easy…the execution of action though is very, very hard. And we are action fetishists we always say. So we love action. And we use action very specifically to find ways to express character and express narrative through action. So, that airport scene was about the biggest thing we’ve ever attempted to do as –.I mean, it was the biggest thing. It was almost like a mini movie within the movie. It took months and months and months to prepare that sequence.” They went on to discuss physical issues caused by the hot Atlanta sun as we mentioned during the interview with Paul Bettany.

As a parallel, they said, “The Romania sequence…was really thrilling to be in that tunnel. We love cars, we love vehicle chases, car chases. The moment where Winter Soldier grabs the motorcycle… Also we’re big, we love fighting. We like hand-to-hand fighting which is what we you know really what we focused on in the winter soldier with Captain America. So to bring him forward and have a fight with him and Bucky Barnes fighting their way out of the apartment through the stairwell, that was you know another thing that’s very bad ass for us.”

There is a lot that goes into directing a movie and Anthony and Joe Russo seem to have the magic touch. Tuesday night during an interview on Jimmy Fallon, Chris Evans commented on how great they are. During our exclusive interviews with Captain America: Civil War actors, we continually heard the praises of the Russo Brothers. Chris Evans had said, “The Russo Brothers and Marvel and everyone has made it such a wonderful environment. And they’ve proven themselves time and time again to be great filmmakers.” Emily VanCamp shared her feelings about working with them, “There’s that nervous factor before you go into it but everyone’s so kind and generous and the Russo Brothers have always made me feel so comfortable.” Elizabeth Olsen and Jeremy Renner concurred when Jeremy credited them with providing the funniest part of the job. “…The Russo brothers were great. They’d always have alt lines for certain things and these sort of one-liners, and then they just let you kind of run with a, a bunch of different things…I have no idea what makes a cut, even when we did ADR (automated dialogue replacement).”

It’s a fantastic movie and provides so much depth that it inspires me to go back and watch the old movies again! Tune in tomorrow as we share more detailed thoughts on the movie!

Who is your favorite character from Captain America: Civil War?