While you might think this sounds a bit morbid, it’s the very real response we received from Elizabeth Olsen and Jeremy Renner during our Captain America: Civil War interviews earlier this month.

At one point during our interview, someone commented how the group of actors (such as Chris Evans, Paul Bettany, Emily VanCamp who are also involved in this movie) seem like a family, with little conflict off the screen. Elizabeth commented, “I’m so excited for us to keep going… Just because it’s so fun to hang out with everyone. And to go to different locations and it’s just fun.” Jeremy chimed in with statements of agreement after each sentence. Then they both offered similar comments about their eventual demise. 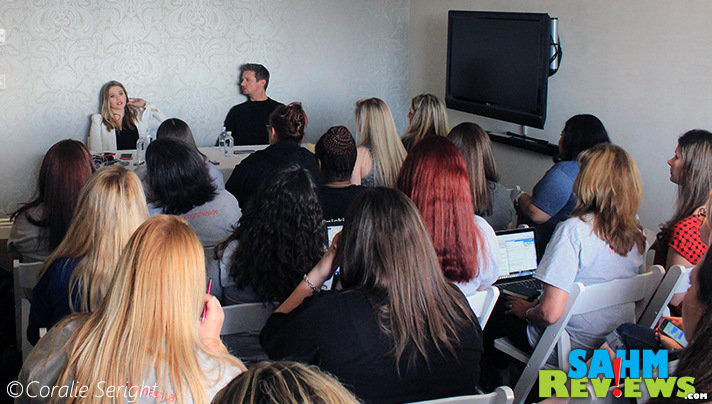 But it is what it is. Their destinies are somewhat set, but there are definitely some differences between how Hawkeye and Scarlet Witch are portrayed in the comics versus how they are presented on the big screen. During our exclusive interview, someone pointed out that the comic book version of Hawkeye is deaf and was curious if Jeremy thought that angle of the character should be pursued. Saying that it was played out, Jeremy explained, “We were focused much more on the alternate sort version of (the character) not the big purple mask sort of guy.” Elizabeth said her character could definitely be expanded as well, referencing Scarlet Witch’s ability to manipulate reality. Even Chris Evans acknowledged the power of her character during our exclusive interview when asked about which member of his team would be a good faceoff for Cap. “Scarlet Witch would be trouble, wouldn’t she. You know what I mean. She messes stuff up. She would be a problem, she’d be a problem…we’re lucky we have her, because without her, I mean, when you look at Team Iron Man, just even having the Vision. I mean, even though we all know Paul Bettany, he’s still dangerous on the battlefield. Vision is so powerful…we’d be in trouble without Scarlet Witch, we really would.” 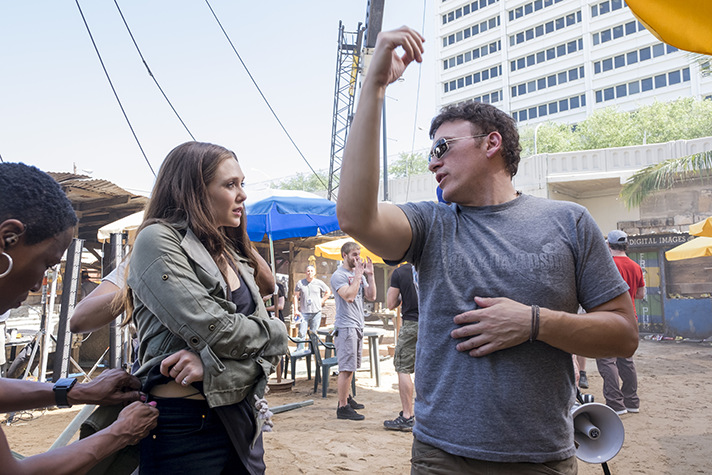 Since we were interviewing two people at once, most questions were directed at both. We were curious if Elizabeth Olsen and Jeremy Renner do their own stunts in Captain America: Civil War. Elizabeth said, “I think we do as many stunts as we can, and then they, a lot of times, take a second crew out, or they’ll film things when we’ve already been wrapped from the movie…But, but when we’re there, we do everything.” Jeremy followed with “It’s almost just practical stuff. I don’t do…CGI…it’s outside, outside the arrows, …fire an arrow…it’s gotta go somewhere, right?…into the cameraman. But I’ll give you most- ninety-nine percent of the script.” Elizabeth did admit that she has a lot of room for improvement. “I need to get better at wirework, I think, for the next one…and flying.” Hey! She referred to the next one! It isn’t all “if I die” comments after all! 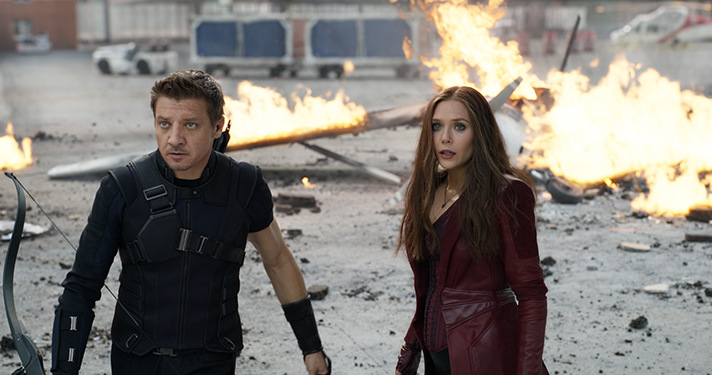 It’s always interesting hearing how actors train for their various roles and what changes. Jeremy commented, “I didn’t do any extra training. Every time, it’s a different sort of setup with the bow and, and what’s happening with the tech and stuff. This, on this one, the quiver’s different. Sometimes they could snap out and they put a different tip on the bottom. This one I really do a full extension… it’s the same gear- different tips.” 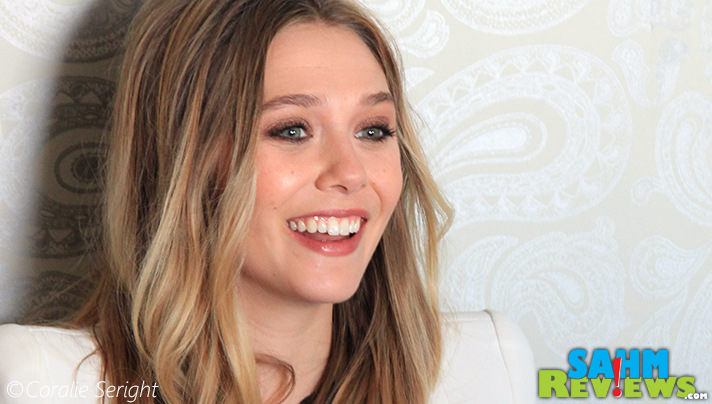 Elizabeth shared some thoughts on the various fight scenes and how her background in dance and choreography came into play, “I grew up dancing, so for me, this is, like, some weird choreography that I get to meet with someone who’s actually a very talented dancer and choreography…She and I have become good friends.  And we actually geek out over it, and send each other videos of that bit where you have to, like, throw debris at this person.,,We can get debris from here and swing it this way…We just think of all these different ways of how to use the movement.”

Captain America: Civil War is filled with quick banter and snappy comebacks. We were curious if that was written in the script or if the actors ad lib their lines. Jeremy explained, “The Russo brothers were great. They’d always have alt lines for certain things and these sort of one-liners, and then they just let you kind of run with a bunch of different things…I have no idea what makes a cut…that’s, that was probably the, the funnest part of the job was- improvising- that was fun.” 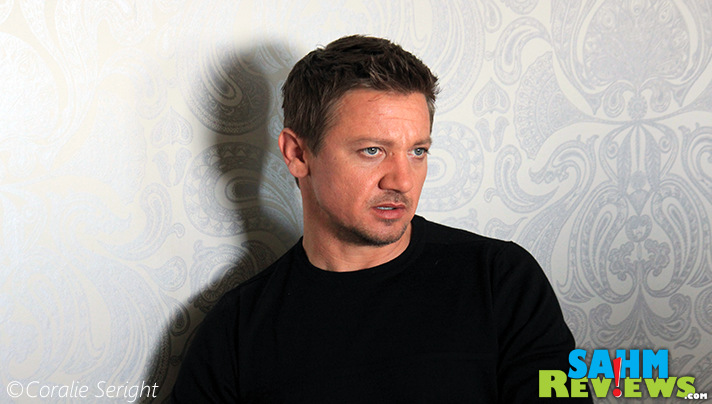 Someone presented a deep question for Jeremy which revolved around whether he had ever declined a role and regretted it. His response is one of my favorite take-aways from the interviews, “I’m always happy with the decisions I’m making…no regrets, ever, with anything in life- even when I make a mistake- do something wrong…As long as you learn and grow from it- that’s all that matters.” I try to wake up every day with a positive attitude, a fresh start and Jeremy’s mantra here hit home for me. Yes, we make mistakes but we should move forward with what we’ve learned.

As you know, in addition to being passionate about strategy games, we are big proponents of STEM / STEAM learning. When these things cross over with other things we love, we cannot help but take notice. When I announced the trip to Los Angeles for Captain America, I mentioned a promotion that would reward young women who are involved in with STEM. Elizabeth Olsen and Emily VanCamp share some thoughts about the program after the grand prize winner was selected. At the time of our interview, we hadn’t received information regarding the winner of the promotion, but we applaud Marvel for this initiative and for incorporating Elizabeth Olsen and Emily VanCamp into it. 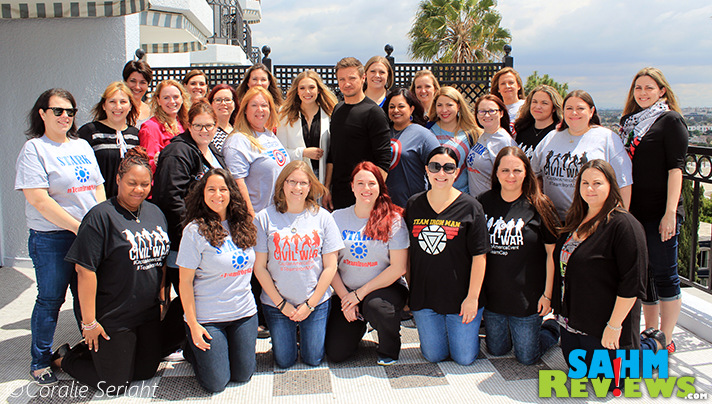 It was an interesting interview and we could have spent much more time with Elizabeth Olsen and Jeremy Renner asking questions about their characters, their abilities, their training and their future with the Marvel Cinematic Universe, but time was limited. So soak up what we were able to get then mark your calendar for May 6th when Captain America: Civil War releases.

Do you think their characters will continue to evolve?