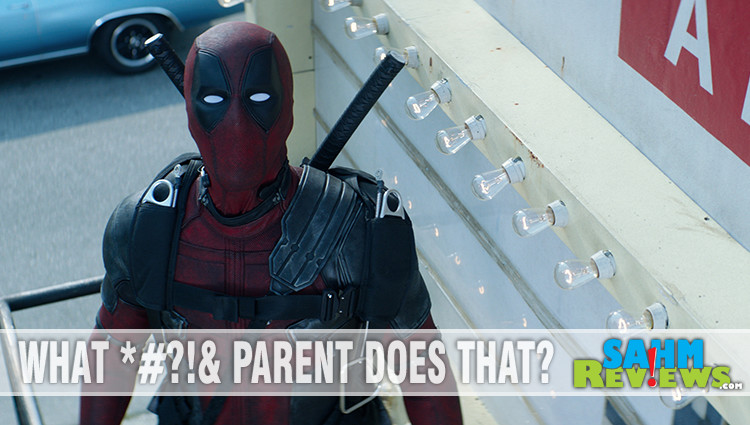 I Took My Daughters to See an R-Rated Movie

By now you’ve probably figured out that we raise our girls with a very conservative parenting style as we try to instill the best values and characteristics in the people we will someday release into the wild. We support and encourage them if they want to join extra curricular activities like sports or music. However we expect them, without argument, to practice as recommended by the coach or instructor and require them to stick out the entire season even if they decide they hate it. Being part of any type of team, whether as a kid or an adult, means other people are counting on you. Bailing midway through because you don’t like it, get bored or something better comes along should never be an option. It’s one of many important life lessons we stress for our girls. They aren’t allowed to date until they’re 16 and even then we may change the rule. Our house, our rules. So how is it that I took my 15 and 13 year old daughters to see an R-Rated movie? Because I wanted to, that’s why. There are some things that are bound to happen and I feel more confident knowing we’re part of the decision making process. Let’s face it, kids hear and see more online and from their friends than any of us care to admit. And since this had something to do with Deadpool, it seemed only natural to break the rules.

We’re not shy about proclaiming that we have a houseful of Marvel fanatics. With the release of Deadpool 2, it was typical that edited-for-TV versions of the movie would be airing on DirecTV. Scott and I decided to let the girls watch it. After all, it was edited. How bad could it be? The language had been cleaned up (some) and the innuendo, well, it wasn’t anything that a teenager hadn’t already heard.

Have you seen the trailers for Deadpool 2? We saw them and counted down the days to see it in theaters because every Marvel movie is best on a big screen. Scott and I decided to go see it Deadpool 2 by ourselves since we weren’t sure whether the unedited version would still be okay for our teenage daughters.

We weren’t even a couple minutes into the movie when Scott leaned over to me and said, “Madison would love this.” We walked out commenting on how hilarious it was and that the girls are old enough to appreciate the humor… language and all.

There’s a lot more going on than just the story if you watch for the multiple pop culture references throughout the movie. There’s the boombox scene from Say Anything, multiple comments about the DC Universe, jabs at the writers about cheaping out and not including more X-Men and so much more. There’s an undertone of real world vs movie world such as when Deadpool is talking to the viewers about the scenes or referencing Ryan Reynolds in the 3rd person.

Then there’s Thanos… having already seen the Infinity War movie and played Thanos Rising board game, naturally we wanted to see a different side of the very talented actor, Josh Brolin. Of course, it’s even better since he’s actually referenced as Thanos at least once in the movie. I didn’t catch whether they referenced Goonies or any of his other films, but I’m guessing they probably did.

We aren’t even going to discuss the multitude of cameos, both prominent (Terry Crews) as well as blink-and-you-missed-them (Matt Damon, Brad Pitt and Alan Tudyk). Seriously, it’s loaded.

So we bought tickets and went to see it again, this time with our daughters in tow. Would I bring a 10 year old to see Deadpool or Deadpool 2? Not a chance! (There were kids as young as about 5 in the theater when we first saw it, but it’s not my place to judge those parents.) What did the girls think of Deadpool 2? They loved it. They know the language isn’t something that should be repeated. Best of all, they appreciate that movies are a form of entertainment and bonding for our family. As long as Scott and I can continue to create conversations with our kids about things like movies and games, then when the really important stuff comes up, we’ll already have the doors of communication open.

Would you take your teenager to see an R-rated movie?