You’re in the market for a new costume for yourself or the kids. But you want to know what’s cool and hip this year (are those words still cool?). You’ll find plenty of Halloween costume guides published every year, but most are filled with tried-and-true solutions like witches, ghosts and princesses.

Here at SAHM Reviews we’re all about Marvel, video games and board games. Thusly, our Halloween costumes should reflect our interests! We’re not trying to scare the neighbor kids (usually). We’re role playing as someone we’d like to be ourselves! If only for one night.

Our list of the Top 20 Halloween Costumes of 2018 reflects the things that have been popular over the past 365 days. There are a few things that have been around for a while – like dinosaurs and Minecraft, but those are the exceptions rather than the rule. 2018 was a banner year for Marvel movies and video games like Fortnite, and you’ll see excellent costume options for those as well! Here are our choices for the best Halloween costumes of the year! 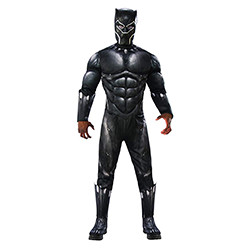 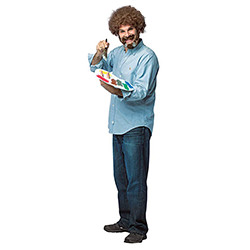 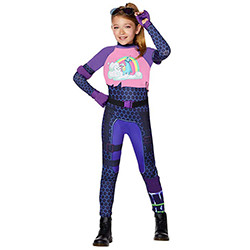 Light up the room this Halloween when you show off your shine in this officially licensed Fortnite Brite Bomber costume. If you love sunshine and rainbows, then this costume is exactly what you need this Halloween. Featuring the Brite Bomber’s signature purple jumpsuit, cropped unicorn t-shirt, belt, gloves, and aviator sunglasses, this costume has everything you need for a legendary Halloween. 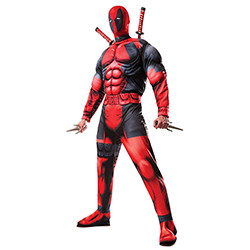 Transform into the merc with a mouth in a Deadpool costume. The bright red jumpsuit is padded to make you look as buff and tough as Wade Wilson. Finish off your look with the flexible Deadpool mask and gloves for one red-hot costume. 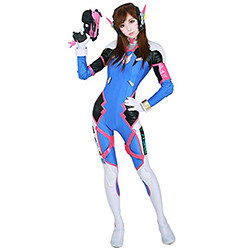 This Dva bodysuit crafted from a high-quality spandex, which is stretchable and comfortable. The skin suit is printed with a bunny insignia on the chest and logos on the right thigh.

Both the dimensional shoulder pads and back pads are crafted with pins to attach to the suit, creating an authentic Dva look. The vertical invisible back zipper makes it easy to wear in/out. 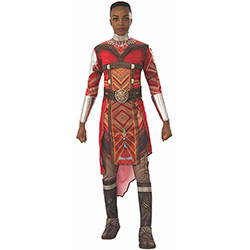 Get ready to take down Killmonger as a warrior woman of Wakanda wearing this Black Panther costume! The Wakanda’s Dora Milaje Costume for women includes a tunic with attached gauntlets patterned with warrior designs, a belt, and pants with attached warrior boots. Help T’Challa’s fight to defeat Killmonger this Halloween! 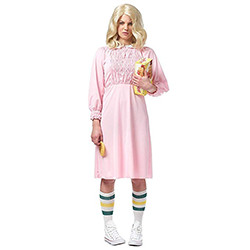 Eleven was a girl stranger than fiction with unusual abilities and a connection to the Upside Down. This costume features a pink dress and retro-style tube socks just like Eleven wore when she walked the halls of the local school. 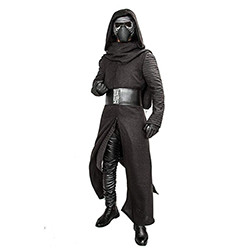 Kylo Ren was the name assumed by a Force-sensitive human male who was a member of the Knights of Ren, and an ally of the First Order, approximately thirty years after the Battle of Endor.The individual who came to be known as Kylo Ren was born some time after the Battle of Endor. As an adult, approximately thirty years later, he had become a follower of the dark side of the Force and a member of the Knights of Ren, taking on Ren as a surname. He built his own lightsaber, a dangerous and ragged design unlike that of a typical lightsaber. 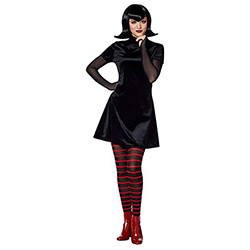 This officially licensed Mavis costume will have you feeling just like your favorite Hotel Transylvania 3 character. The included black dress, striped footless tights, and signature wig is everything you’ll need before boarding a monster cruise chip with Dracula and the rest of your family! 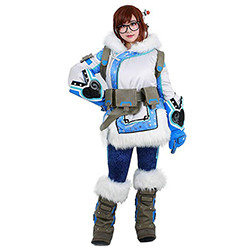 The whole outfit includes a coat, a pair of pants, boots cover, gloves, two shoulder straps and a waist belt with bags. 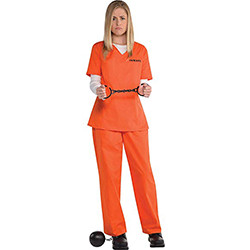 This government issued Orange Prisoner costume is standard size (6-8 dress size) and delivers a comfortable and most wanted look.

It’s Pennywise, from the movie It – the most terrifying clown in history! Included components: jumpsuit with vest and collar, gloves, and half-mask with attached wig.

Star Wars continues the tradition of strong female characters with this Deluxe hero fighter Rey costume that includes deluxe top, pants, detached sleeves, cuff, and belt with pouch. The epic saga of the galaxy far, far away returns and you can join the fun! Officially licensed, The Force Awakens costumes and accessories for Captain Phasma, Rey, Kylo Ren, Flametroopers, and Stormtroopers were created by Rubie’s Costume Company in partnership with LucasFilms. 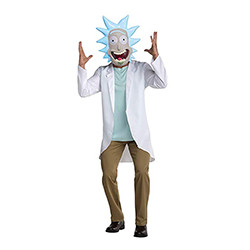 Mad scientist Rick Sanchez frequently travels on adventures through space and other planets and dimensions with his grandson Morty. Utilizing his mathematical and scientific prowess in conjunction with apathy and egotistical cynicism, he emerges safely from any situation, regardless of the consequences of his self-preservation. Find your inner Rick with this great costume. 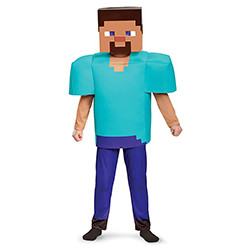 Minecraft is a game about placing blocks and going on adventures! now you can go on your own adventure as Steve, the default player skin in the hit game Minecraft. This awesome costume comes with a dimensional tunic, pants and the character mask! 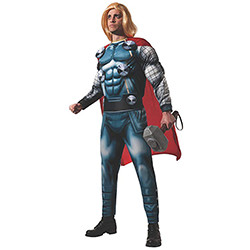 God of Thunder, son of Odin, mighty Avenger — in this Deluxe Thor Muscle Costume, you’re all that and more! Featuring a printed jumpsuit with faux chainmail sleeves and molded muscles in the arms and torso, this Thor Costume makes you the mightiest warrior to come out of Asgard. 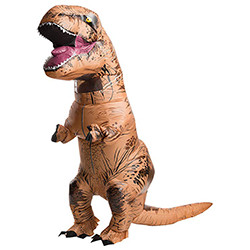 Inflatable jumpsuit has front zipper, elastic at wrists and ankles.

Gloves have elastic at wrists, 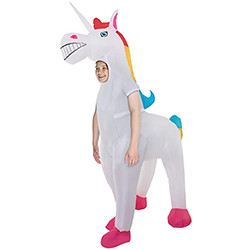 Official Morph costumes inflatable unicorn costume: the incredible inflatable horse costume. For when you want to add a bit of magic to your life. 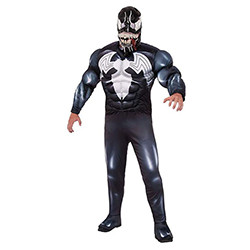 Gear up to take down Eddie Brock with a Venom Costume for men! The costume includes a black jumpsuit with blue details and Venom’s logo on the chest. The jumpsuit is padded to create a muscular look. For the final touch, put on the included Venom mask and swing into the costume party! 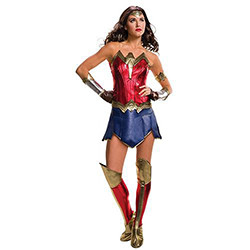 This costume comes complete with a foam padded red and gold corset style top with clear illusion straps as well as a blue skirt trimmed with gold and featuring an attached pair of shorts. Wonder Woman’s indestructible gauntlets are rendered here in a silver and gold padded foam attached to faux brown leather fingerless gloves. The look is completed with a gold arm band, tiara, and knee high red and gold boot toppers featuring a stirrup strap to keep them in place.

Any self-respecting pop culture geek will certainly find at least one costume solution from our list. Stock up now for next year as styles do run out or quit being made! Better yet, pair up with a partner or three and go as the entire Marvel Avengers team!

Have you purchased this year’s Halloween costume yet?