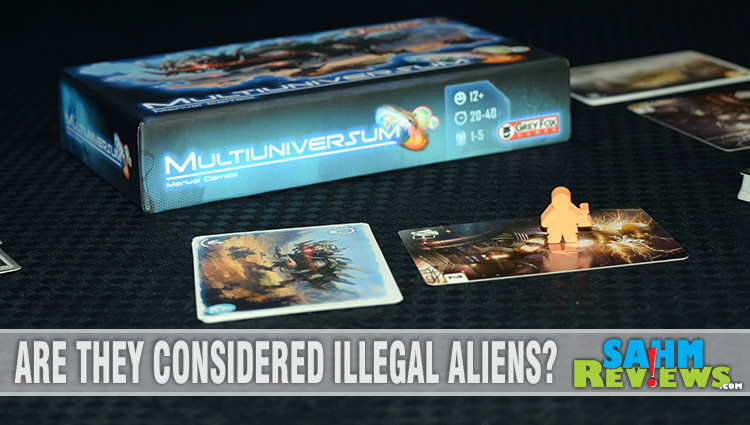 One of the first sci-fi television shows we got hooked on, other than any of the Star Trek series, was Sliders. A young Jerry O’Connell and one of our favorite actors, John Rhys-Davies, traveled through a portal to visit an alternate universe. Unfortunately, something went wrong and they could not return “home”. Instead, each time they “jumped” they ended up in another universe. The entire show was about them trying to find our world!

I remember at least one episode where something from one universe also traveled (or almost did) to another, potentially upsetting whatever balance the new universe had. It got me to thinking on a smaller level. If we were to travel to another universe, what could we do to protect our home world from infestation? Not just by large carnivorous animals, but microscopic bacteria and virii. Visiting another version of Earth would be as foreign as a completely different planet. As depicted in Sliders, they were actually pretty careless and should have been better equipped on their first journey.

We refer to this show often in our conversations because it featured a number of actors we like and it is one in a long list of series that we feel were cancelled long before they should have been. If it were rebooted today, I would set the DVR to record it immediately. I mean, who wouldn’t want to visit a world where all the food is candy and no one has to work?!

Until inter-dimensional travel is discovered, though, we’ll have to get our fix by playing Multiuniversum by Grey Fox Games. A brand new card game just introduced over the summer, Multiuniversum uses the same theory of open portals to other dimensions. However, instead of travelling through them, the inhabitants of the other worlds are trying to come through to ours! And they’re not in a good mood…

You and up to four other players take on the role of a scientist employed by CERN, the Swiss research facility. While trying to invent a machine that could take you back in time one day, you instead accidentally open over a dozen portals to other forms of reality. Now you must all race to close the portals and overload the transformers so they cannot be opened again!

All players will receive a scientist marker and a lab card of a matching color. Three action cards are dealt to each person from the shuffled deck of 50 cards. The rest are placed face-down in the center of the play area to form a draw deck. Five cards are immediately drawn and placed face-up next to the stack, creating the discard pile. Five Transformer Cards are arranged in a circle around the Action Card draw deck. The 20 Portal Cards are divided into five stacks, each with four portals (1 basic, two medium and one advanced), and placed directly below each transformer card. Scientists place their marker on the transformer card of their color to begin the game. 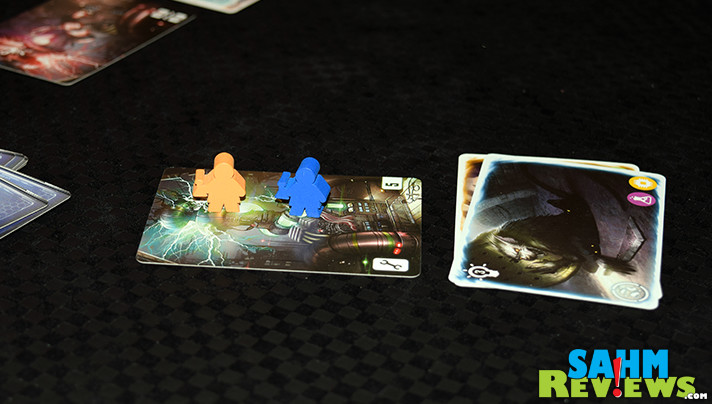 On your turn you may resolve up to three actions, including the ability to repeat an action more than once. You may play a card from your hand to take the action listed on the left hand side which matches the color of the transformer you are currently at. You will always activate the action that is the same color as where your wooden scientist pawn sits, so you may wish to move first (if possible with the correct action) before taking a different action. 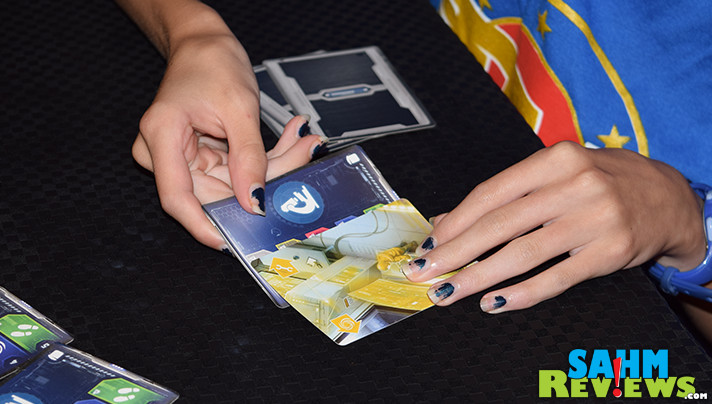 On the right side of each card is a tool icon. Another action available is to prepare the tool (used to close the portal) by placing it under your lab card. Your last option is to discard a card and draw a new one to replace it. At the end of your turn if you have fewer than three cards in your hand, you will immediately draw back up to three. 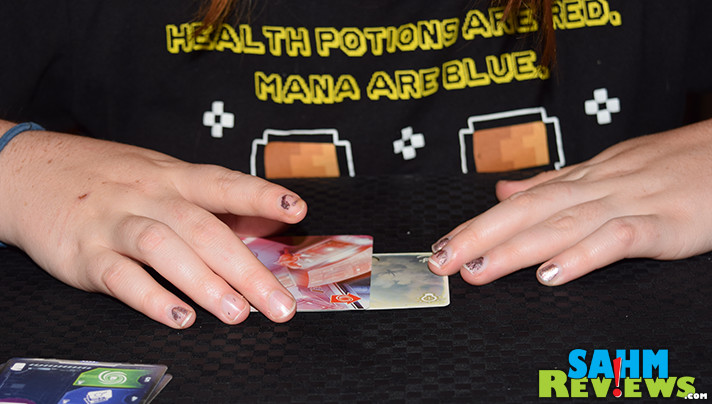 Sealing a portal is your main goal in Multiuniversum, and to do so you must have a prepared tool (mentioned above) when you take the “Seal Portal” action on the transformer you are currently on. Discard the correct tool from your inventory (matching the required tool on the Transformer Card) and collect that transformer to your personal play area. This will reveal another transformer underneath it, one that will be even more difficult to close! 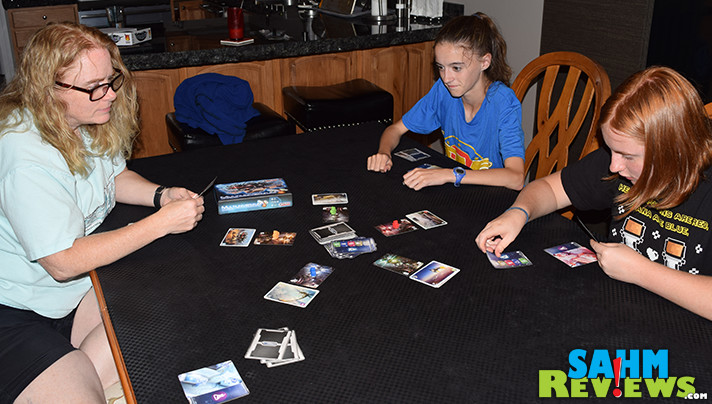 Players take turns each resolving three actions from their hands until any three stacks of portal cards have been depleted. The current round is finished so that all players have had the same number of turns before final scoring commences. You’ll receive points for each sealed portal in your possession (amount shown in the bulb icon on the Portal Card) and will lose a point for any unused tools still in your lab. Additionally, bonus points are awarded for closing portals of five different types and for matching sets of portals! The player with the highest total wins Multiuniversum!

At under $15 on Amazon, there’s a lot of strategy involved for a game at such a low price point. It requires you to plan your moves ahead, trying to maximize which actions you take when. You can play it safe by collecting a lot of tools to close the portals, but if you don’t use them all up you’ll be penalized when it comes time to score. You’ll also need a little bit of luck to draw the exact cards you’re looking for and may find yourself discarding unwanted cards until you find just the right one!

Be sure to check out Grey Fox Games’ website where you’ll also find more information on an exciting new release, City of Gears! And as always, tune into their Facebook and Twitter timelines to be the first to know about what else they’re conjuring up!

Would you travel to an alternate universe if you could?